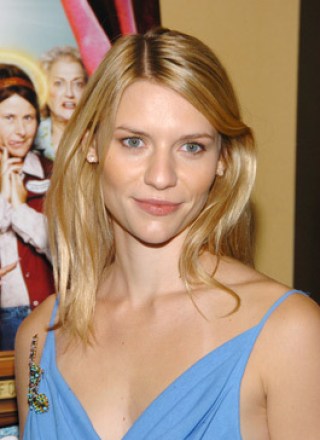 Share Tweet Pin Email
Native New Yorker Claire Danes started studying method acting at the prestigious Lee Strasberg Theater Institute when she was only 10 years old. It clearly paid off. By 15, she had won a Golden Globe for playing the insightful, angst-ridden Angela Chase in My So-Called Life. Despite only lasting 19 episodes, the show captured the zeitgeist of the times, paved the way for future mercurial TV teens like Dawson Leary and catapulted Danes to the A list. Her porcelain skin and perfect pout has always had luck with literary adaptations (Little Women, Baz Luhrmann's Romeo and Juliet, The Rainmaker, The Hours, Shopgirl, Stardust). She ditched celluloid for college in 1998, but returned slowly to the limelight after completing only two years at Yale before taking on a high-profile role in Terminator 3. But it was a return to television in the last few years that made her a golden girl once again. First, she swept the TV awards (Emmys, SAGs, Globes) with her deft portrayal of autistic animal science expert Temple Grandin and then achieved the trifecta once again playing mentally unstable but professionally able C.I.A agent Carrie Mathison on Homeland. Her private life has also gotten back on track. After her 3-year courtship with Stage Beauty co-star Billy Crudup courted controversy (He left pregnant girlfriend Mary-Louise Parker for Danes.), she fell for Hugh Dancy on the set of Evening, married him in 2009 and gave birth to their son Cyrus in December 2012.