After six years together — and less than a month before they were set to marry — John Cena and Nikki Bella pulled the plug on their relationship. "After much contemplation and six years of being together Nikki Bella and John Cena announced today their decision to separate as a couple," a rep for the wrestling stars said in a statement on April 15. "While this decision was a difficult one, [they] continue to have a great deal of love and respect for one another." There are conflicting reports about who actually ended things, but multiple outlets said the couple continued to be at odds over having children. "John never really wanted to get married in the first place but one of the biggest points of contention or disagreements they had through their relationship was that Nikki wanted to have kids and start a family and John didn't. They were not on the same page in that respect," a source told E! News. "Things have been brewing for a while between them. As John got more and more popular things changed and he got the Hollywood bug. He got more opportunities and he just isn't the same person now that he promised Nikki he'd be for her."

We have a name! What you heard is true… Khloe Kardashian and Tristan Thompson named their newborn daughter True Thompson. (Grandma Kris Jenner later shared that her grandfather's first name was True.) Khloe announced the news on April 16 on Instagram. "Our little girl, True Thompson, has completely stolen our hearts and we are overwhelmed with LOVE," she wrote. "Such a blessing to welcome this angel into the family! Mommy and Daddy loooooove you True!" Earlier in the week, Khloe was reportedly "full of love" and had almost totally forgiven Tristan for cheating on her. However, on April 17, TMZ reported that their relationship was "hanging by a thread." The site wrote that "Khloe is nowhere near forgiving Tristan," adding that the rest of the Kardashian-Jenner family feels the same way. Khloe is simply "putting on a brave face for the sake of their daughter," TMZ added.

Surprise! Claire Danes is pregnant! While appearing on Howard Stern's SiriusXM show on April 18, the "Homeland" star announced that she and husband Hugh Dancy are expecting their second child together. "I am pregnant. I'm seriously preggo," she said. "I'm deep into my second trimester." Claire didn't disclose the gender of the baby, saying, "I'm going to keep that to myself." She and Hugh are also parents to son Cyrus, 5.

Meghan Markle might be the apple of Prince Harry's eye, but her family thinks she's rotten. On April 18, the princess-to-be's half-brother, Thomas Markle Jr., blasted Meghan for not inviting him and some other family members to the upcoming royal wedding. "Meg likes to portray herself as a humanitarian, a people's person and a charitable person, but she is none of those things to her family," he told Britain's Daily Mirror newspaper. "She is giving the greatest performance of her life. She is acting phony. Once she got into Hollywood, she turned into a different person. She's clearly forgotten her roots and her family." He added, "Maybe the normal American family she has is embarrassing to her because we're not producers and executive producers." He piled on, saying that once Meghan got her job on "Suits," she changed and her behavior since has "torn my family apart." He added that he's tried to reach out to Meghan via the palace's communications office, but said he's been shunned. For the record, Thomas said he hasn't spoken to Meghan since 2011. Harry was reportedly dating model Florence Brudenell at the time, and Meghan married her first husband, Trevor Engelson, that year. So a lot has changed since they last spoke.

He's no longer just an uncle. On April 16, John Stamos — who famously played Uncle Jesse on "Full House" — announced on Instagram that he and wife Caitlin McHugh had welcomed their first child. They named their son Billy Stamos after John's late father. "From now on, the best part of me will always be my wife and my son," John captioned a black-and-white image of baby Billy resting on him. Before John became a dad, he told People magazine, "I'll be a fun dad. I've been practicing for a long time."

Prince was taking counterfeit Vicodin laced with fentanyl that he did not know was in the pills, authorities announced on April 19 as they concluded their investigation into the music star's 2016 fentanyl overdose. However, no criminal charges will be filed because there's no evidence to explain how he got the fake Vicodin. Almost two years to the day of Prince's death, Mark Metz, an attorney for Carver County, Minnesota, said there was "no conspiracy to murder Prince." Time magazine also reported that Dr. Michael Todd Schulenberg agreed to pay $30,000 to settle a federal civil violation after he was accused of illegally prescribing an opioid painkiller for Prince a week before the star passed away (he reportedly prescribed it to the musician's bodyguard instead, to preserve Prince's privacy — which is illegal). The county attorney said Prince had no prescriptions in his name and the counterfeit Vicodin he took was not prescribed by a doctor. The identity of the person who gave Prince the counterfeit medication remains unknown.

Emergency surgery and a cancer diagnosis

Former "Dance Moms" star and recently released prison inmate Abby Lee Miller underwent emergency spinal surgery on April 17 after she almost died. According to People magazine, Abby suffered an extremely unusual spinal infection that left her paralyzed from the neck down. Dr. Hooman M. Melamed told People, "In the span of 24 hours, which was something that I have not seen, her condition rapidly deteriorated." She was treated after her blood pressure dropped dangerously low. "If we didn't do something, she was going to die," he said. "Her blood pressure was bottoming out. She was not doing well." The next day, the former reality TV star was diagnosed with a form of non-Hodgkin's lymphoma — cancer that develops in the lymphatic system.

Ever since she injured herself in a fall last November, mystery had surrounded Carrie Underwood. She had previously said that she may look different because of her injuries, which required 40 stitches to her face. She also broke her wrist. The question for months was: what would she look like? The mystery was put to rest this week, and Carrie looked, well, gorgeous (like you're surprised!) The singer took that stage at the Academy of Country Music awards on April 15 and looked like she hadn't missed a beat (her performance got a standing ovation, too). On April 19, she spoke to The Bobby Bones Show about her injuries and she finally gave details about the incident that left her scarred. "I was taking the dogs out to go pee one last time, and I just — I tripped," she said. "There was one step, and I didn't let go of the leashes! Priorities! So that's why my left hand's fine. But I went to catch myself and I just missed a step. If I had fallen anywhere else, I would have been perfectly fine. But it was one step that messed everything up." She said she was "very fortunate in the healing process."

Weight of the world

When Charlize Theron agreed to star in the movie "Tully" and gain substantial weight to play a struggling mom in the new film, she did not think it would affect her as much as it did. In a chat with "Entertainment Tonight," the actress said she developed depression from gaining 50 pounds. "I wanted to feel what this woman felt, and I think that was a way for me to get closer to her and get into that mindset," she said. "You know, it was a huge surprise to me. I got hit in the face pretty hard with depression. Yeah, for the first time in my life I was eating so much processed foods and I drank way too much sugar. I was not that fun to be around on this film." When she first started gaining weight, she said it was fun eating and not worrying about a thing. Then it became a job. "I would literally wake up at 2 in the morning and I'd have a cup of cold macaroni and cheese just next to me," she said. "I would wake up and I would just eat it… I would just, like, shove it in my throat. It's hard to maintain that weight." Losing the weight, she added, was "hell."

Country music star Chris Stapleton and his wife, Morgane, have welcomed twin boys, and Reba McEntire announced the news on live television! At the 53rd Annual Academy of Country Music Awards on April 15, Chris won the award for album of the year. Clearly, he wasn't there to accept it. Just then, as Sugarland was accepting the prize on his behalf, Reba, the night's host, came on-stage and said, "We just found out that those little rascals came a little bit early." The crowd roared. "Hot off the press, yep. Twin boys." On April 17, Chris shared a clip of Reba's announcement on Instagram. "Thank you for sharing our good news @Reba!" he captioned it. "We couldn't have dreamed up a better day. Morgane & the boys are doing great & we appreciate everyone's support!" 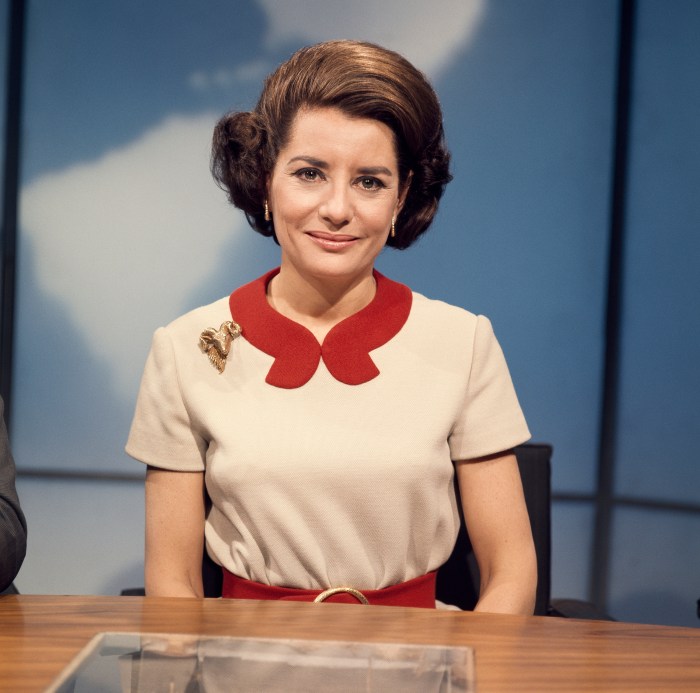