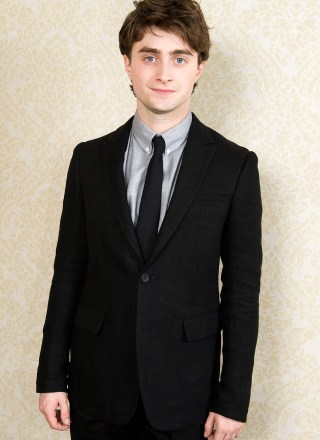 Daniel Radcliffe has wanted to be an actor since he was 5. His parents weren't fond of the idea, but his casting director mom eventually caved and sent the then 10 year old's Polaroid to the BBC. After five auditions, he booked the lead in "David Copperfield" (1999). Director Chris Columbus caught that TV movie and decided Radcliffe was the perfect choice to play Harry Potter in the highly anticipated adaptations of J.K. Rowling's bestsellers, news he heard while in the bath.  Audiences watched him grow up in the eight-film series that spanned 2001-2011 and made him one of the world's richest teens. The boy wizard next proved that he was all man by disrobing in both London and Broadway revivals of "Equus", doing a sex scene in "December Boys" and poking fun at his innocent image on "Extras". While participating in a Tony-nominated 2011 run of "How To Succeed In Business Without Really Trying", he admitted to battling alcoholism in his teens and twenties. That same year, he went public with his girlfriend of a year Rosanne Coker, a production assistant on a "Potter" film, but they only lasted until 2012. For his first post-"Potter" project, he went with a period horror bomb, "Woman In Black", in 2012. Critics were much happier when he played Beat poet Allen Ginsburg in "Kill Your Darlings" (2013) and got in a bathtub with Jon Hamm for a TV project called "A Young Doctor's Notebook".