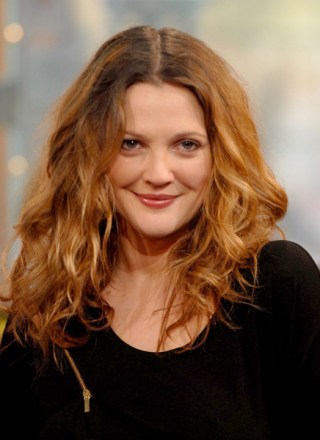 Share Tweet Pin Email
The scion of an acting dynasty and youngest host of SNL, Drew Barrymore was almost a cautionary tale of the perils of childhood fame and fortune after she made her debut in a Puppy Chow commercial at 11 months, brought the cute in E.T. the Extra-Terrestrial at 7, started drinking at 9, club-hopping and smoking pot by 10, snorting cocaine by 12 and attempting suicide at 14. But this firestarter always manages to rise from the ash like a tattooed midriff-baring, late-night host-flashing phoenix. She did several stints in rehab, spent three months with recovering addict David Crosby and his wife, chronicled her struggles in the 1990 autobiography Little Girl Lost and got emancipated from her mom. Once clean, she refocused on work, started a successful production company called Flower Films and enjoyed numerous career highlights like Poison Ivy, The Wedding Singer, Never Been Kissed, the rebooted Charlie's Angels franchise, 50 First Dates, Riding In Cars With Boys and Donnie Darko. She made her directing debut with Whip It in 2009, the same year as her Golden Globe- and SAG-winning turn as Little Edie in the HBO movie Grey Gardens was revealed. She left numerous husbands bar owner Jeremy Thomas (married two months) and comedian Tom Green (married five months) and serious boyfriends in her wake Home Fries costar Luke Wilson (1996-99), Strokes drummer Fabrizio Moretti (2002-07), director Spike Jonze (2007), actor Justin Long (2007-10). But she may have settled down for good with art consultant Will Kopelman. They started dating in 2011, were engaged and expecting in less than a year, married in June 2012 and welcomed daughter Olive in September 2012.