Drew Barrymore gets flirty with Leonardo DiCaprio on Instagram

Leonardo DiCaprio shared a climate change post this week about earth's rising temperatures and it apparently made Drew Barrymore lose her cool. Leo's Instagram share featured a graphic that detailed how hot "our different futures" will get if we don't act to, as Leo put it, "protect ourselves from the worst climate impacts" and avoid "irreversible climate tipping points." Drew's response? "You should be the only hot one, and not our planet!" Other users quickly complimented the talk show host on her hilarious shot shooting, with one joking, "get it girl," while others quipped that Leo's "so hot he's to blame for global warming." Sadly, Drew didn't follow her comment up by asking Leo out … she just chimed in again to thank him for having been "the pioneer of saving our earth." Leo, 46, is currently dating Camila Morrone; Drew, also 46, has said on her show that she's single.

Despite their extreme PDA moments and gung-ho professions of love for one another, Megan Fox thought twice about dating Machine Gun Kelly. In fact, as she recently revealed on "Who What Wear," she had to make a list of pros and cons of pursuing a romantic relationship with the artist and actor. "When I met him, I knew instantly that this is a soul I've traveled with before, that this was a soul-mate connection, and that there was a purpose here," she said, according to ET. Still, she had to sit down and convince herself to go for it. Describing the pros and cons list, she recalled, "There was my logical brain chiming and being like, 'This will never work for 101 reasons.'"  MGK, whose real name is Colson Baker, seems to have had less trouble figuring things out after they met on the set of "Midnight in the Switchgrass." In a new GQ profile, he confirms he once had a poster of Megan in his bedroom and eventually got a "Transformers" tattoo on his arm. According to the writer, "at least one classmate" of Colson's remembers he predicted he'd "marry her one day."

What's next for Britney Spears after conservatorship win?

After Britney Spears won the right to hire her own lawyer during an emotionally charged conservatorship hearing on July 14, the singer shared a seemingly carefree Instagram post that showed her doing cartwheels on the lawn. And while her new attorney, Mathew Rosengart, seems poised to follow through on his promise to "aggressively" fight for the removal of Britney's dad, Jamie Spears, from her conservatorship, there's still plenty of work to be done before the 39-year-old can be free of the arrangement that's dictated the course of her life for 13 years. For starters, Britney's request to bring "conservatorship abuse" charges against her father seems like a long shot. "It's a pretty complex procedure to even initiate, and most people don't even go ahead with it," family law attorney David Glass told People after attending the hearing. He said it's more common to just get the conservator removed, whether voluntarily or otherwise. David Esquibias, a family law attorney who represents Amanda Bynes, told the outlet it appears the "writing is on the wall" for the judge to end the conservatorship. But he cautioned that Britney will still need to file a petition to end the arrangement — and that she could easily end up with another kind of "court-supervised" arrangement in place. He also thinks she's unlikely to avoid a medical evaluation, since she was originally conserved only after doctors advised she incapable of managing her own affairs.

"And Just Like That…," the "Sex and the City" reboot, began filming its first episode less than a week ago — and there's already a storyline about the drama Mr. Big has wrought upon Carrie's life since they tied the knot. That's according to Page Six, which reports "an exclusive glimpse at the script" revealed the show's 50-something Carrie Bradshaw (Sarah Jessica Parker) now hosts a podcast and is navigating an ugly divorce from Big (Chris Noth) as the two duke it out over who gets what. So we're off to a realistic start. (After all, this is a marriage that begins with Big initially bailing at the alter in the first "SATC" movie before Carrie, having finally tied the knot with Big, flies off to Abu Dhabi and makes out with her ex, Aiden.) In the scene Page Six eyeballed, Carrie's venting about her split from Big over a meal with her now Samantha-free inner circle: Stanford (Willie Garson), Miranda (Cynthia Nixon) and Charlotte (Kristin Davis). "I was taping the podcast, I was washing my hair. Yes, I wasn't eating or sleeping, but at least I felt good about my marriage," she says. "Now I'm just one of the wives he was taking care of?" While it's still unclear if Chris will return as Big, Carrie's other would-be Mr. Right, Aiden (John Corbett), is definitely coming back. In April, he told Page Six he appears in "quite a few episodes." "And Just Like That…" launches on HBO Max later this year.

Ramona Singer says there's no truth to rumors she's been fired from "The Real Housewives of New York City." Following a claim from Radar that Ramona won't return to the series after Season 13 — "she is too expensive," the gossip site's source alleged — rumors she'd been fired gained steam on social media this week. Finally, a fan asked the reality star directly in the comments on her July 14 Instagram post, "Did you get fired? Fans wanna know?" She replied with a simple, "Nope," and the network has issued no comment on the matter. Ramona's the only original "RHONY" cast member who remains on the show, full-time, at this point, something Radar's insider suggested could be a problem as the franchise battles low ratings while trying to adapt to a world that's changed substantially since "RHONY" debuted in 2008. "A bunch of older white women behaving badly was fun a decade ago but not today," the source said (via Heavy.com).

Woopsy! Stephen Colbert was embarrassed and apologetic on the July 14 edition of "Late Night" as he copped to having accidentally seen a little too much of his guest, Mindy Kaling, backstage. Rehashing what had happened earlier in the day, Mindy said she was changing in her dressing room — down to nothing but a bra and her pants — when Stephen came in. "And I don't usually do this. I usually wait till the guests are in the wings!" the late-night host said (via Yahoo). "But I thought I would just go, 'Hey have a great show.' So I popped the door open. I knocked, but I did that knock and pop …," he said ruefully. Mindy, however, let the whole thing roll off her shoulder. "I just thought the whole time like, 'I wish I had worn a sexier bra!' Because it was like, you know, he works hard," she joked, pointing at Stephen. Ultimately, she had nothing to worry about. Stephen said her team treated him like he was an "assassin" entering the room and threw themselves in front of her. "I felt like Meghan Markle," she quipped. "They were like, 'You will not pass.'"

Olivia Rodrigo, whose debut album "Sour" is now in its third week at the top of the Billboard 200, stopped by the White House on July 14, to support a White House campaign aimed at getting more young people vaccinated against COVID-19. During her visit, the 18-year-old "Drivers License" singer met with President Joe Biden, recorded videos explaining why getting inoculated against the virus is so essential right now, and strolled around the West Wing with Dr. Anthony Fauci, according to the New York Times. Looking like she'd just stepped off the set of "Gossip Girl" or "Clueless" in her pink tweed skirt suit — vintage Chanel, per Vogue — black dress socks and over-the-top white Giuseppe Zanotti platforms, Olivia also shared a few remarks with reporters from the press room podium. After her visit wrapped, the pop star hopped on Instagram to post a selfie she'd taken earlier in the day with the president. "Even if you are young and not immunocompromised, getting your covid vaccination is the best thing you can do for your health and your loved ones' health," she told her 14.5 million IG followers. "YOU have the power to save lives." As the Delta variant of the coronavirus continues to spread throughout the U.S. and vaccination rates continue to slow, new cases of COVID-19 were up 111 percent as of this week, according to the Times. Meanwhile, the CDC reported this week that unvaccinated people have accounted for 99.5 percent of deaths from COVID-19 in the past six months.

For Kim Kardashian West, lockdown during the coronavirus pandemic put her right back in the same headspace she'd been in after she was held hostage and robbed in her Paris hotel room in 2016. In a post-op bonus clip from "Keeping Up With the Kardashians" released this week, Kim tells Khloe how the pandemic made her trauma from 2016 resurface. "I feel like I had agoraphobia definitely after my robbery in Paris. Like definitely would stay in, hated to go out, I didn't want anybody to know where I was and didn't want to be seen. I just had such anxiety," she recalled, according to People. The reality star explained that she'd just started to feel OK with traveling in early 2020 when COVID-19 hit the world in force, making her fears of going outside valid and forcing her to feel traumatized "all over again." In the clip, Kim tells Khloe: "I came to Malibu not too long ago and went to Nobu, and I have not left my house really since quarantine. I was so freaked out. People were trying to come up to Kanye [West] and talk to him and come up to me and ask for photos. And I was just like, 'Absolutely not.' I would stop people and be like 'Get away. Get away. This is my first time out. I'm not comfortable with you coming a step closer.'" Khloe later assured her sister that was a fair response. Unfortunately, both Kim and Khloe — as well Kanye and Kim's children — ended up contracting the virus. "KUWTK" wrapped its final season after 14 years last month. 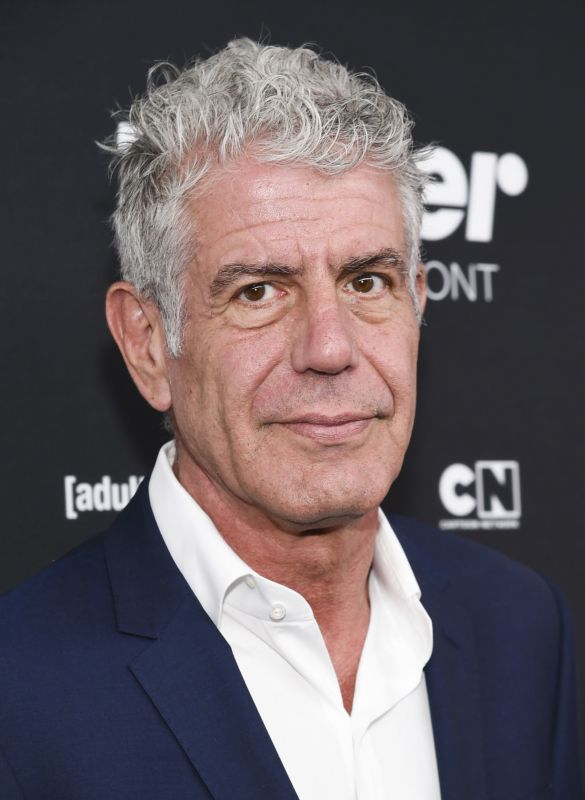