No one does it better than the Princess of Pop! In the wake of Britney Spears' court hearing on Nov. 12, 2021, which put an end to her 13-year conservatorship, Wonderwall.com is taking a look back at some of Britney's best looks of all time… starting with this stunning number. A young Britney Spears channeled Old Hollywood glam in a sexy white gown at the 2000 Grammy Awards. What a classic look! Keep reading for more…

At the 2001 MTV Video Music Awards, Britney Spears took the stage to perform her hit track "I'm a Slave 4 U." While the crowd was awestruck by her living, breathing accessory — a giant python — Brit looked gorgeous without it too in an exotic midriff-baring getup.

Check out this denim-clad duo! Britney Spears coordinated outfits with then-boyfriend Justin Timberlake at the 2001 American Music Awards. Maybe the couple were just looking for a creative way to recycle their old jeans?

Oops, Britney Spears did it again… and by "it" we mean she won us over with another iconic outfit choice. Who could forget this sheer, sparkling number from the 2000 MTV Video Music Awards? This iconic look was unforgettable and goes down as one of the most famous looks Britney ever wore.

Britney Spears has always known how to work it on the dance floor, but she proved that she could also dip it low in this gray jumpsuit at the 2000 American Music Awards.

Britney Spears showed off her vixen side in an all-black ensemble at the 2008 Bambi Awards in Germany. We especially loved those coordinating leather knee-high boots. Fierce!

We can't get enough of old-school Britney Spears in pigtails. Those magenta kneepad accents are unforgettable!

Can Britney Spears get any more smokin' hot than this? She donned this fiery red body-hugging dress for "The X Factor" auditions in Providence, Rhode Island, in 2012. Someone turn on the AC, please!

While touring in 2001, Britney Spears took the stage in this fierce metallic bodysuit complete with studding and a plunging neckline.

If we were referees, we'd rule this outfit a touchdown! Britney Spears let out her sporty side during a performance on "NFL Kickoff Live 2003."

Move over, there's a sexy new Smurfette in town! Britney Spears stole the spotlight at the 2012 "Smurfs 2" premiere in a blue curve-hugging dress. And her adorable sons tagged along as her dates.

Britney Spears really isn't that innocent! She put an edgy twist on Madonna's iconic "Like a Virgin" look at the 2003 MTV Video Music Awards. We'll never forget that kiss she shared with Madge on stage that night…

Britney Spears took backless to a whole new level at the 2002 Grammy Awards in an otherwise simple red frock with a daringly low back.

We just loved Britney Spears in this caped crusader stage getup she wore while performing in New York during her 2001 tour. Dark and mysterious done right!

Britney Spears is definitely a fan of the body-con dress, which she's worn multiple times in different colors and styles — including this green look at a 2011 charity event. But hey, if it ain't broke, don't fix it, right? At least she knows what works for her body!

How cute is Britney Spears the flapper girl? The "Toxic" singer gave 1920s fashion a modern twist with this fun frock she donned for the 2003 American Music Awards.

Britney Spears' style has come a very long way over the years. In 2012, the mother of two looked classic and simply elegant in a white A-line dress for "The X Factor" auditions in Kansas City.

Britney Spears out-sparkled her numerous trophies at the 2008 MTV Video Music Awards in a one-shouldered silver dress to remember.

We'd follow this ringleader anywhere! Britney Spears was on fire in a lacy red crop top during a 2008 "Good Morning America" performance of "Circus." Cue the tigers and elephants…

It's no wonder why "you better work, b****" to look like Britney Spears! She turned heads in one of her sexiest little black dresses yet at the 2016 MTV Video Music Awards. Britney's one-shouldered body-hugging LBD featured a diagonal cut-out across her chest and a thigh-high slit that showed off her legs for days.

Britney Spears brought out her wild side for her 2015 "Pretty Girls" music video with Iggy Azalea. In the vid, she wore a cheetah-print crop top and jeans that give us a totally retro vibe.

Britney Spears looked sexy in a sheer off-white dress with a high-low hemline and a daring neckline at the 2015 Teen Choice Awards. The green and purple tips in her hair made her look pop with pretty colors.

Britney Spears wore one of her sheerest looks ever at the 2001 MTV Video Music Awards. This see-through lacy navy blue dress showed off her toned body — and her underwear!

Britney Spears' look at the 2015 ESPY Awards was chock-full of fun! That little black frill trimming her short silver-sequined dress made us want to go out dancing with her!

Britney Spears was rosy at the 40th People's Choice Awards in 2014. Her minidress featured intricate metallic roses — a gorgeous look on her!

Britney Spears makes beige look anything but boring! She wore this sparkling neutral long-sleeved dress to the 2015 Billboard Music Awards.

No one does an LBD quite like Britney Spears! She wore this classic number with some sparkles on top while making an appearance at the Planet Hollywood Resort and Casino in Las Vegas in 2013.

All that glitters is gold! Britney Spears wowed at the 2015 MTV Video Music Awards in this tight dress featuring side and midriff cut-outs.

Britney Spears wasn't walking down the aisle, but she still had a bridal-worthy train when she attended the 2016 Billboard Music Awards. We loved the lace and drama of her whole sheer black look — especially those fishnet-inspired boots!

Britney Spears looked sassy yet classy in a white pantsuit during a 2014 visit to Oberhausen, Germany.

Her black halter top, bedazzled feather skirt, fishnet stockings and thigh-high boots weren't the only reason people were talking about Britney Spears' look at the 2016 iHeart Radio Music Festival. With her hair in pigtails, Britney seemed to be channeling herself circa 1998. She's ageless!

Jaws dropped during Britney Spears' performance during the 2016 MTV Video Music Awards, and it had a lot to do with this little yellow number. And those matching thigh-high boots?! Britney's still got it!

Lady in red! Britney Spears rocked a vibrant cherry red minidress at the premiere of "Once Upon a Time in Hollywood" in Los Angeles in July 2019. Her one-shouldered frock featured a tiny cut-out under the neckline and paired perfectly with black heels.

Britney Spears loves a good sparkly moment! She rocked some signature sequins on the red carpet at the GLAAD Media Awards in Los Angeles in April 2018. The Giannina Azar design featured cut-outs at the waist and a very intricately embellished neckline. She smartly paired it with equally sparkly Christian Louboutin pointy-toe pumps. 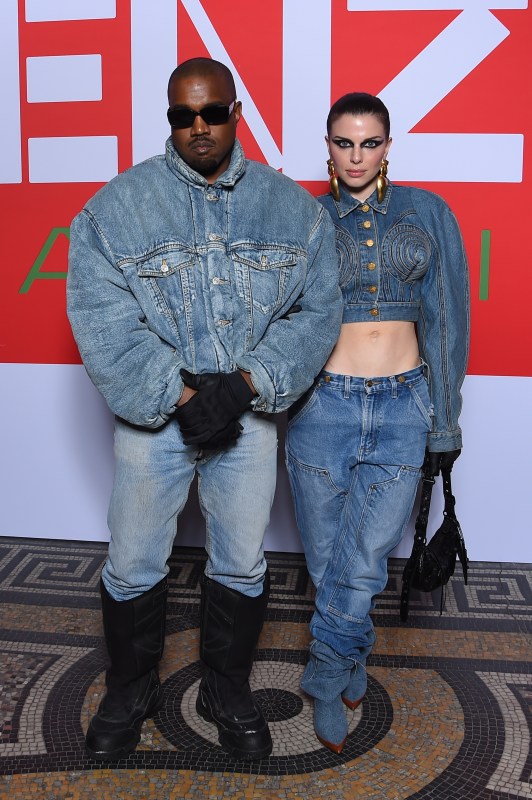 Take a look back at Dolly Parton's most wonderfully wacky, over-the-top fashion moments

Iconic Victoria's Secret model, 40, walks the beach in a strapless aqua bikini, plus more stars in swimsuits in 2022

A professional football player introduced Jana Kramer to her hot new boyfriend — find out who! — plus more celeb love news

The latest in Kelly Clarkson's bitter fight with ex-husband over Montana ranch, plus more news