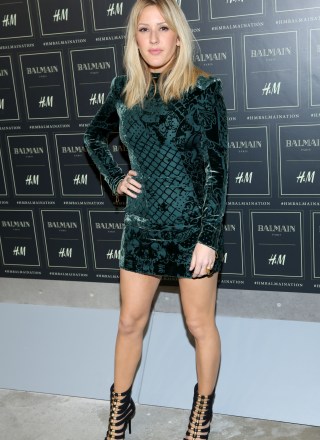 Ellie Goulding is a British singer-songwriter and multi-instrumentalist best known for her smash hit "Lights" and as the entertainment at Prince William and Kate Middleton's April 2011 wedding reception at Buckingham Palace. She likely got the royal gig because her dance-pop 2010 debut, Lights, went No. 1 and her cover of Elton John's ballad "Your Song" reached No. 2 in the U.K. The titular single stormed America slowly but went on to be certified triple-platinum. The Brit Award winner released a follow-up, Halcyon, in late 2012 that was recorded in a converted barn in her pastoral hometown. A deluxe version came in 2013 with her collaboration with Calvin Harris. She tackled the two-and-a-half transitional years in her life since becoming a household name, singing at the White House and that aforementioned wedding, and being romantically linked with several other household names including Skrillex, Ed Sheeran and One Direction's Niall Horan (who allegedly she cheated on the ginger troubadour with).