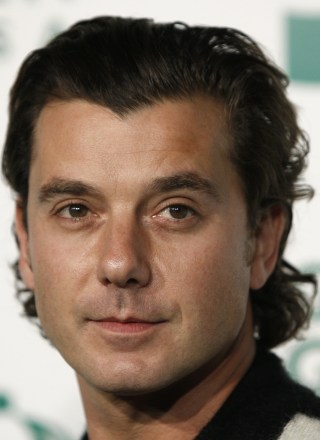 After picking up guitar skills from his sister's boyfriend as a teen and armed with model looks and a raspy rock voice, Gavin Rossdale achieved platinum-selling status multiple times over as the lead singer and rhythm guitarist of '90s alt-rock band Bush. Formerly called Future Primitive, the band changed their name and issued their debut Sixteen Stone in 1994. They followed up their biggest hit with Razorblade Suitcase, Deconstructed, The Science of Things and Golden State. They disbanded in 2002 and Rossdale made one album with Institute in 2006 before going solo and putting an album out under his name in 2008. He has also appeared in films like "Constantine," "Little Black Book" and "Zoolander." He will join wife Gwen Stefani as a mentor when she tries her had as a judge/coach on NBC's "The Voice." They met when No Doubt toured with Bush in 1996, married in 2002 and have three sons: Kingston (2006), Zuma (2008) and Apollo (2014). It was revealed in 2006 that he also had daughter Daisy with Pearl Lowe in 1989.