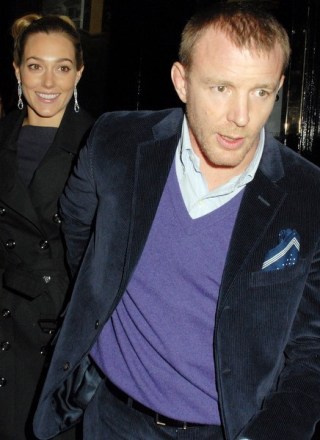 The English auteur struggled with dyslexia and attended a number of schools before being asked to leave for good at 15 after being caught using drugs. After a series of low-level jobs like bricklayer and bartender, he caught a break working as a runner for a friend who directed commercials when he was 25 and it wasn't long before he was helming ads and music videos himself. His first film was a short in 1995, "The Hard Case," but it would take three more years before he'd get to release his brilliant first feature "Lock, Stock and Two Smoking Barrels." His next one, "Snatch," starred big Hollywood names and was also a hit, but then he struck out with "Swept Away" in 2008, possibly because the lead was his then-wife Madonna. They were introduced by Sting in 1998 and by December of 2000, they'd had son Rocco and gotten married in Scotland. Before officially splitting in 2009, they adopted David Banda from Malawi. He moved on with model Jacqui Ainsley in 2010. They had son Rafael in 2011 and a daughter Rivka in 2012. He got his career back on track with the Robert Downey Jr. versions of "Sherlock Holmes" in 2009 and 2011. Next up are adaptations of "The Man From U.N.C.L.E." and 2016's "King Arthur."