Love can sweep many people off their feet, and for some celebrities, it can whisk them away to a foreign land. Join Wonderwall.com as we look at the stars who left home to follow their hearts… starting with the bachelor we thought would never marry, George Clooney. Although Kentucky-born George once split his time between his lake house in Italy and his Los Angeles pad before marrying British human rights attorney Amal Clooney, the smitten star happily made a big move for his bride: George purchased a 17th century mansion on the Thames west of London and renovated it top to bottom. That way, when Amal gave birth to their twins, she'd have her mom nearby to help. Keep reading to see who else used their passport to buy a ticket to a new life, all for love…

Although Brad Pitt and Angelina Jolie actively traveled the world when they were still a couple, they made France their home base in 2008, shortly before the birth of their fifth and sixth children, twins Vivienne and Knox Jolie-Pitt. Los Angeles native Angelina and Oklahoma-born Brad fell in love with a sprawling French estate called Chateau Miraval in the country's Provencal region. Since splitting in September 2016, they have returned to the States with their children, living in separate homes in the Los Feliz area of L.A.

Shortly before giving birth to their first child in 2003, California native Gwyneth Paltrow and her then-husband, Coldplay frontman Chris Martin, made their home in London, just three and a half hours away from Chris's hometown in Whitestone, England. Just a few months before they "consciously uncoupled" in 2014, they left London and resettled in Los Angeles. However, once their split was announced, Chris moved back to Britain to sort out his newly single life. A year later, the devoted dad returned to Los Angeles to be closer to his kids.

Dating since 1996 and married in 2002, now-exes Gwen Stefani and Gavin Rossdale once split their time between homes in Los Angeles and his native London. When they announced their split in 2015 amid rumors that Gavin engaged in a three-year affair with their nanny, Gwen made a permanent home for herself and their three kids in the Hollywood Hills while Gavin chose to live close by in Studio City. Gavin reportedly kept their London property while they agreed to eventually sell the home they once shared in Beverly Hills.

Johnny Depp and French model, actress and singer Vanessa Paradis were an "It" couple in Hollywood, but they chose to make their home in France. The couple raised their two children, Lily-Rose and Jack, on their sprawling chateau estate in Plan De La Tour, just 10 miles away from Saint-Tropez. By the time the couple parted ways in 2012, Johnny had already decided to spend more time in the U.S. to avoid having to pay taxes in France. Along with owning an entire island in the Bahamas, Johnny has numerous homes scattered around Los Angeles and claims he considers "home" wherever he's shooting a movie.

Although Madonna and British filmmaker Guy Ritchie were only married for eight years, the couple spent a decade in London together, a place the Material Girl claims she loved even though she felt like an outsider there. After Madonna and Guy divorced in 2008, the singer returned to her old stomping grounds in New York City for two years before it was reported she had applied for British citizenship. While she divided her time between the East Coast and London, Madonna made a surprising move in 2017 to Lisbon, Portugal, so that son David Banda would qualify to play on the junior league soccer team for club Benefica.

While many celebrities opt to leave home for the home country of their partner, actors Michael Douglas and Catherine Zeta-Jones decided to set up shop in Bermuda instead. Catherine, who's Welsh by birth, still had her influence on their property though, setting up their beachside villa like a proper British country home with creeping vines, farmhouse doors and a cottage-like feel. In 2016, the couple put the home up for sale and relocated to an expansive estate in Bedford, New York, not far from Michael's birthplace in New Jersey.

From 2014 to 2016, actress Natalie Portman, her husband, French dancer and choreographer Benjamin Millepied, and their young son Aleph called France home. While Natalie claims she enjoyed their European lifestyle, she shared with Jimmy Kimmel in 2016 (shortly after moving home to Los Angeles) that she missed the way Americans smiled more often than the French, claiming that Parisians were naturally "cooler" in their interactions and followed stricter rules of politeness than people do in the States. For her, coming back was a relief.

Another multi-coastal couple is Academy Award-winning director Sofia Coppola and her French musician husband, Thomas Mars, who split their time between Paris, New York, San Francisco, Italy and Belize. Along with their two children, Sofia and Thomas spend the majority of their time in France, a place she claims "changes you." And she would know, since she spent so much time there as a child thanks to her famous director dad, Francis Ford Coppola, who also loves the charm of Paris.

It is said that Richard Burton was Elizabeth Taylor's greatest love. Although the beautiful actress was married eight times to seven different men (twice to Richard), her heart never found more happiness than when the two were together. While they owned homes in their native Britain (he was born in Wales, she in England) and in Los Angeles, their favorite home was in Puerto Vallarta, Mexico — long before the sleepy beach town became a thriving tourist destination. Casa Kimberly was the couple's place to escape the glitz and glamour of Hollywood in order to relax and unwind. Today, their estate still stands, operating as a luxury boutique hotel with Elizabeth-themed rooms like the "Cleopatra" suite (named for the movie where they met and fell in love).

The story of how country music star Shania Twain met her Swiss husband, Nestlé executive Frédéric Thiébaud, deserves as much attention as the couple's shared life in Switzerland, the Bahamas and Canada. In 2008, Shania was dealt a devastating blow when she learned her then-husband, producer Robert "Mutt" Lange, was having an affair with her close friend, Marie-Anne Thiébaud. If the name seems familiar, it's because Marie-Anne was Frédéric's wife at the time. Shania and Frédéric grew close in their shared heartbreak and eventually fell in love, marrying in 2011. While the couple enjoys visiting her hometown in Ontario and vacationing in the Bahamas, their true home is in Switzerland.

While actress Grace Kelly and Prince Rainier III of Monaco weren't the first Hollywood star and bachelor prince-turned-royal couple in history, they were one of the most famous and enduring of the century. Grace was filming "To Catch a Thief" in 1955 when she caught the prince's eye and began a year-long courtship. The couple married in 1956 and Grace immediately retired from Hollywood, choosing to live out her life as a member of Monaco's royal family and as a mother to their three children in a majestic palace built in 1191.

After an eight-year engagement and a three-year marriage, actress Molly Ringwald and French novelist Valery Lameignère divorced in 2002, leaving Molly to hightail it out of their home in France. The couple seemed to be happy living a laid-back life in Bordeaux, with Molly commenting that even when she was recognized by French fans, their culture prohibited them from approaching her, giving her the chance at a normal life. However, things soured quickly for the star and when she filed for divorce, she cited "cruel and inhuman treatment" as the reason. Molly returned to her apartment in New York after their split, refusing any properties or financial support from the divorce.

One of the first Hollywood pin-up girls to marry into royalty was Rita Hayworth, who wed Prince Aly Khan in a chateau in Vallauris, France, in 1949. The couple had an intensely passionate relationship filled with jealousy and anger, and although Rita reportedly loved living the life of a princess in the prince's chateau on the French Riviera, their toxic relationship was too much to bear and in 1951, Rita filed divorce and moved back to Hollywood.

Not only has legendary singer Tina Turner lived in Switzerland with partner Erwin Bach since 1995, but in 2013, she formally relinquished her U.S. citizenship to become a citizen of Switzerland. That same year, Tina also married Erwin, cementing their nearly 30-year relationship. Tina, who is fluent in German, claims to love the country and feels completely at home and relaxed there. The couple live in a palatial estate called Chateau Algonquin in Kusnacht along Lake Zurich. In addition to their Swiss home, the couple also own a luxury villa on the French Riviera.

The illicit 1949 love affair between married film star Ingrid Bergman and married director Roberto Rossellini didn't just cause a move overseas, but resulted in a Congressional hearing. When Swedish-born Ingrid left her home, husband and child in the U.S. to film Roberto's newest picture, "Stromboli," in Italy, she might not have intended to fall in love, but that's exactly what happened. Nine months later, Ingrid gave birth to their child, causing an uproar back home that prompted the House Un-American Activities Committee to formally denounce the actress. One senator even called her "a powerful influence for evil." Both Ingrid and Roberto divorced their spouses and married one another, choosing to stay in Italy until they divorced in 1957.

American director Tim Burton and British actress Helena Bonham Carter were two of the quirkiest people in Hollywood and their 13-year love story just seemed to make sense. Adding to their eccentric personas was the fact that the couple (and their two children) didn't just live together in north London, but lived in two adjoining homes featuring his-and-hers sides to give the creative duo personal space (and Helena a break from Tim's snoring). Although they called it quits in 2014, the exes still own their two homes and have managed to remain friends while co-parenting their kids.

American-born Lisa Halaby wasn't initially a celebrity, but her courtship and later marriage to King Hussein of Jordan in 1978 (making her the first American queen in the Middle East) made her quite famous. Leaving behind a liberal lifestyle in her native Washington D.C., Lisa became Queen Noor of Jordan, where she lived with her husband until his death in 1999. Today, the queen dowager and philanthropist travels the world as an advocate for humanitarian issues but still calls Jordan home.

Fashion designer, writer, director and producer Tom Ford and his journalist husband, Richard Buckley, might both be Americans, but love inspired the couple to move to Italy. It wasn't necessarily their affection for one another that was behind the move as much as it was Tom's love of the Gucci brand, where he once famously served as creative director. In addition to their Italian digs, the family (which includes son Alexander) has homes in Los Angeles, New Mexico, London and Paris. 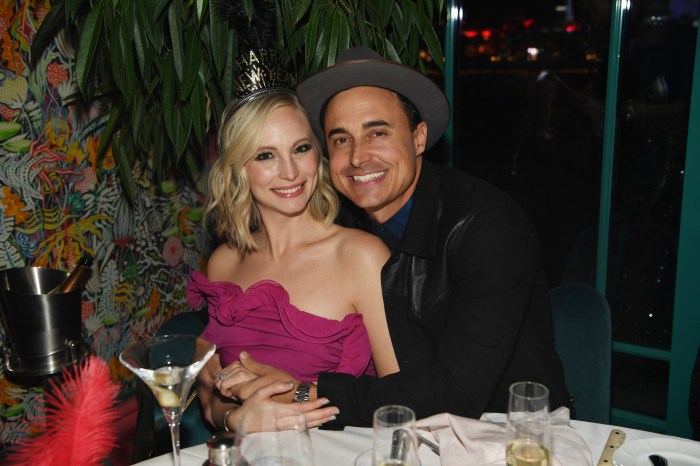