Finally, Miley Cyrus has come out of hiding.

Good thing Hilary Duff is rich because her son is going to destroy $5 foot longs when he's older.

Maybe Charlie Hunnam should pray that his next film isn't a flop like "King Arthur."

Oh boy, get ready for a royal scandal involving Duchess Kate and a fling.

Did Shaquille O'Neal and Breckin Meyer get FAA permits to be this high?

Anyone who has ever tailgated Will Smith has gotten this same look.

Good to see TJ Miller is using his phone for emojis rather than hailing Ubers these days (look it up).

Nick Kroll is a dear friend of the FCC.

Hoda Kotb had this same face when she changed her daughter's diaper the first time.

Anyone know what kind of skin moisturizer Edgar Ramirez uses?

Dave Matthews should give peace (and Visine) a chance.

Jenna Dewan Tatum, this is exactly what Bruce Banner looked like before he turned into The Hulk.

Someone want to give Kendall Jenner a Pepsi to wash that meal down?

One of these two is a global star who has been beloved for years and someone movie studios see as one of the most entertaining men on the big screen. The other is Ed Helms.

David Hasselhoff has clearly been using Rogaine and it's working well. (Side note: the last time we saw him lying down like this, he was eating a hamburger — and that didn't work well.)

Joe Jonas shows everyone how the Wonderwall.com office looks when the boss says we're getting free tacos.

This is photographic evidence of Jennifer Lopez's latest brush with the law.

Keep mouthing off and Karina Smirnoff will give you a free circumcision too.

And this is why Guy Ritchie is usually behind the camera…

Duchess Kate hasn't seen this much back since Pippa wore that white bridesmaid dress at her wedding to Prince William.

Apparently Eugenio Derbez got the first impression rose on the new "The Bachelorette" already — talk about a spoiler.

Tracy Morgan pledges allegiance the breast way he knows how.

If Kathryn Hahn was on "Wheel of Fortune" and was spotted the R, S, T, L, N and E, she'd have a good shot at solving this puzzle.

Jack Black is more than just a hat rack.

This perfectly sums up most of Jennifer Garner's marriage to Ben Affleck: unwatchable.

Apparently, the taste of that cherry Chapstick wasn't so great after you kissed a girl, was it, Katy Perry.

Priyanka Chopra is actually hiding the whole cast of "Eight Is Enough" under there.

Ashley Graham is publicly auditioning for "The Fall Girl."

Al Pacino's girlfriend is a real handful these days.

Goldie Hawn likely had this same face when a cop busted in on her and Kurt Russell having sex that first time.

Trust us, your bill at Wolfgang Puck's restaurants have never been as low as he is here.

To anyone missing their pet: Look at the top of Alexandra Richards' head. It could be there.

Emily Ratajkowski's animal instincts are second to none.

See, Ashley Graham, being Simone Biles isn't as easy as it looks.

Sarah Jessica Parker, now starring in "Gone With the Wind."

If only the Rangers showed as much passion as John Oliver, maybe they'd be playing better.

Aaron Carter is not pleased with the guy who stole his arms — seriously, where are his arms?!

Which one is the butt of the joke — Chris Pratt or Anna Faris? 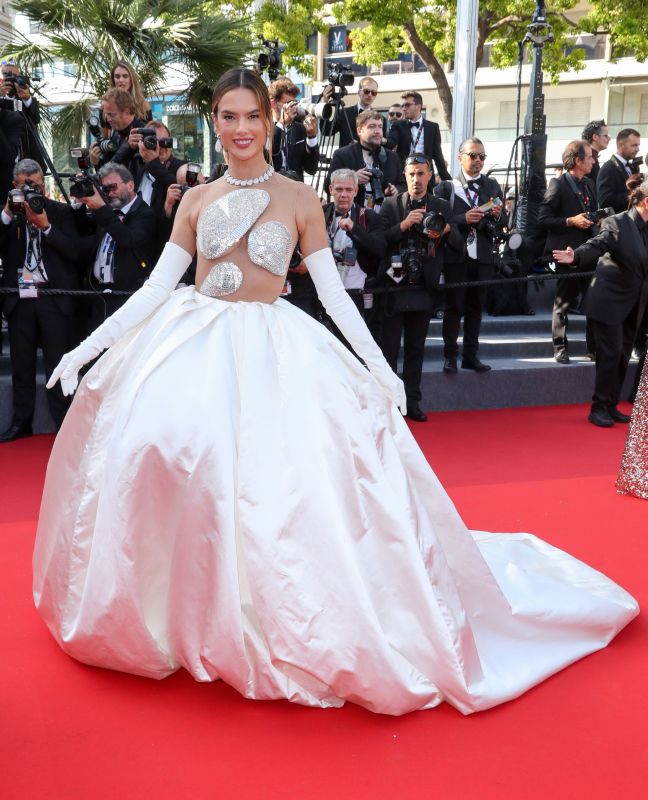