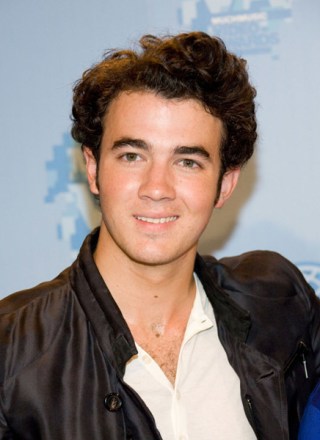 The Jonas Brothers — made up of oldest child Kevin and his siblings Nick and Joe — revived the fading boy band genre for the millennial crowd. They released one CD, "It's About Time," on Columbia Records in 2006, but were dropped due to poor sales. New home Disney immediately proved a better fit in 2007. Their self-titled record debuted at No. 5 in 2007, the same year they appeared on an episode of "Hannah Montana," opened for Miley Cyrus on tour and performed "SOS" at the American Music Awards. They signed their own multi-million touring deal, starred in Disney Channel movie "Camp Rock" (2008's most-watched cable program) and TV series "JONAS," dueted at the 2009 Grammys with Stevie Wonder, released two more No. 1 CDs in 2008 and 2009, and showcased the pandemonium that followed them around in a big-screen concert film. The 2008 People's Sexiest Men Alive contender married Danielle Deleasa, whom he met in the Bahamas in 2007, in December 2009. After guest hosting "Live With Kelly" a couple of times, he scored two seasons of an E! reality show with his wife called Married To Jonas. When the band broke up in October 2013, his series was put on hiatus. 2014 was a year of milestones for Jonas as he welcomed daughter Alena Rose in February, competed on Celebrity Apprentice and made a cameo on The Real Housewives of New Jersey as a contractor on Kathy Wakile's home.