Jessica Chastain plays one of the most sought-after lobbyists in Washington, Elizabeth Sloane, in the political thriller "Miss Sloane." To mark the film's debut on Dec. 9, 2016, Wonderwall.com is bringing you 10 things you might not know — but should! — about the Oscar-nominated actress!

Jessica Chastain was born with that beautiful red hair. When asked by InStyle in 2013 if her red hue was natural, Jessica responded, "Yes, and as a child I didn't like it because it made me different. But as I grew older and more comfortable, it became a badge of honor."

2. She has her grandmother to thank for her acting career

Jessica Chastain owes her acting career to her grandmother, Marilyn Herst. When Jessica was 7, Marilyn took her to see David Cassidy in "Joseph and the Amazing Technicolor Dreamcoat." When she saw a girl of a similar age to her playing the narrator, she knew she wanted to act. "As soon as I saw that I was like, 'Oh my god, this is my job, this is what I am,'" she told The Telegraph in 2014. "I've always had an active imagination, and I didn't do very well in the public-school system, but that was a complete 'aha!' moment for me."

4. She was roommates with Michelle Williams

Jessica Chastain and Michelle Williams were roommates in 2004 when both appeared in a summer stock production of Chekhov's "The Cherry Orchard." "We became like sisters," Jessica told Marie Claire in 2012. Actresses who live together can also get nominated for Oscars together! Jessica and Michelle were both nominated for Academy Awards in 2012 — Jessica for Best Supporting Actress for her performance in "The Help," and Michelle for Best Actress for her work in "My Week with Marilyn."

5. She went from being a vegetarian to a vegan

In 2013, Jessica Chastain told Ellen DeGeneres that she had been a vegetarian for 15 years before becoming a vegan in 2007. But when it came to gaining weight for her role as Celia Foote in "The Help," it was difficult for Jessica on her vegan diet. She had to drink soy ice cream that was melted in the microwave in order to gain some pounds.

Just like the rest of us, Jessica Chastain is a fan of the HGTV channel. In 2013, she told USA Today that she's "addicted to 'House Hunters International.'"

Jessica Chastain won't be crossing a black cat's path. "I'm a very superstitious person. I'm walking onto the plane as we speak. I'm putting my hands on the outside of the plane and my feet are on the lip of the plane," she told Interview in 2011. "I have to do it every time before I fly."

8. She gets the Bryce Dallas Howard resemblance

If you've ever thought that Jessica Chastain looks like Bryce Dallas Howard, you're not alone. Jessica is often mistaken for Bryce. She told MTV in 2011, "I was right out of Juilliard and I got a job in a play Off-Broadway. It was my first job, and I was so excited about it… Anyway, it was around the time that 'The Village' [which co-starred Bryce] came out, and I was on the subway and I noticed these people staring at me. Finally, one of them came up to me and said, 'I'm so sorry to bother you, but I just had to tell that I think you are a wonderful actress.' And I said, 'That is SO sweet! Thank you so much!' I mean, I am just eating it up. Someone thinks I'm great! And then she starts talking about 'The Village' and I'm like, 'Um, no. Not me…"

Jessica Chastain is a boss in the most literal sense. In February 2016, the self-proclaimed feminist launched Freckle Films, a production company with an all-female staff of executives. She's the president of the company and runs it along with development exec Elise Siegel. They've partnered with Maven Pictures, which funds development of the films and acquires the rights to books that then get jointly produced. Maven and Freckle have already purchased the rights to two books with female authors and protagonists — "The Magician's Lie" by Greer Macallister and "Life and Other Near Death Experiences" by Libby Miller. 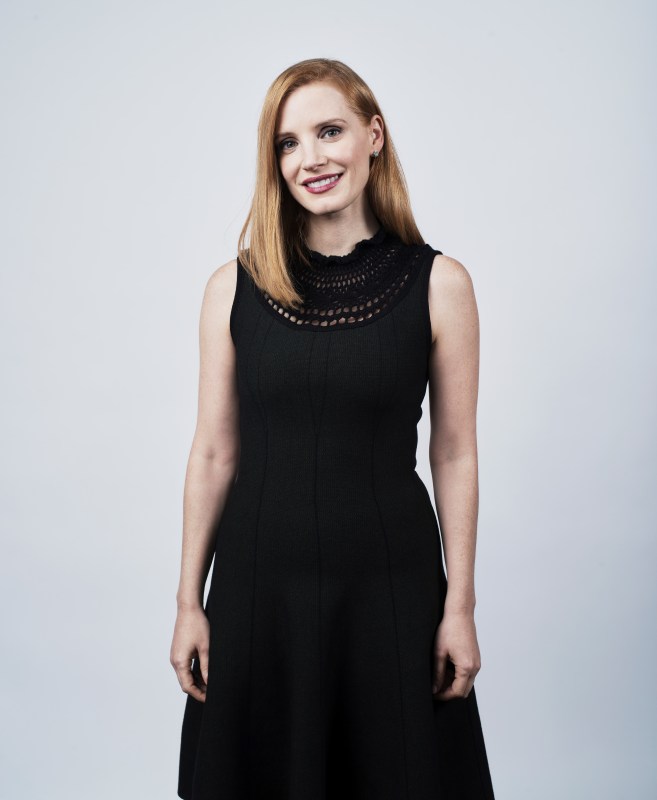 Up Next Fun Facts