Is Rihanna "not done yet" with Chris Brown? That was the claim from an untrustworthy website exactly one year ago today. Gossip Cop said at the time that the report was untrue, and it remains false 12 months later. 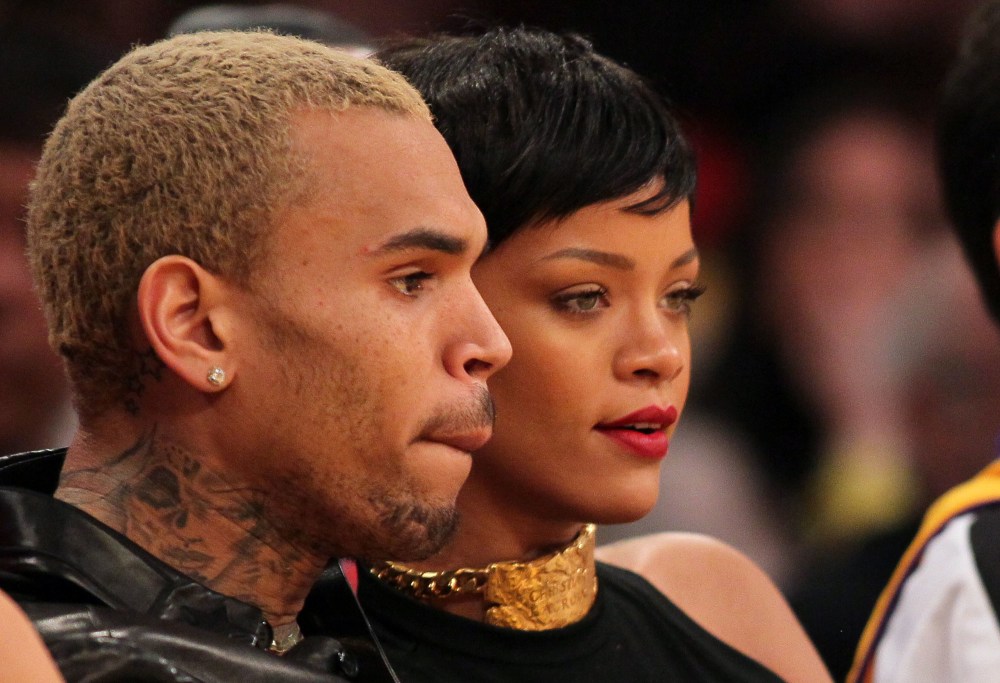 On February 28, 2018, HollywoodLife asserted that Rihanna wanted to "make peace" with her ex-boyfriend. The blog, which has earned the nickname HollywoodLies thanks to its plethora of wrong reporting, tried to make its article seem plausible by contended it had an "insider," who supposedly told the outlet that Rihanna was "thinking about meeting up with Chris for dinner." The same anonymous and untraceable tipster added how Rihanna "not done yet" with the rapper, who went to jail after beating her, because she allegedly had "some unfinished business" with him.

As Gossip Cop noted 365 days ago, the Barbadian singer has been very much finished with Brown. In fact, a few years ago Rihanna told Vanity Fair for a cover story while in Cuba that she and Brown are "not friends." "We don't have much of a relationship now," she further offered.

Gossip Cop will take Rihanna's own word over HollywoodLies' unidentifiable and seemingly fabricated sources. It also bears mentioning that just one week before the often discredited website said Rihanna wanted to get together with Brown, it published an article stating the complete opposite. On February 20, the blog's same anonymous and almost assuredly made-up "insider" contended Rihanna was "tired of the whole Chris Brown thing."

So, one week Rihanna's done talking about Brown and then the following week she's "not done yet" with him? Basically, HollywoodLies concocts a lot of phony tales about the exes, many of which are contradictory. And that's because the site's sources, if they even exist, have no particular insight about the two singers.

In the 365 days since the blog posted its provably wrong article, Rihanna and Brown have remained "done" and have never met up for dinner. Instead, she's been focused on boyfriend Hassan Jameel since 2017. Just one week ago, Rihanna took Jameel to a Lakers game. It's worth noting, however, that HollywoodLife also knows very little about the singer's current relationship.

Last June, Gossip Cop busted the blog for falsely claiming Rihanna and Jameel had split. The website wrongly maintained that the singer dumped the Saudi Billionaire because she "just got tired of him." As time has proven, they're still a couple. Gossip Cop looks back at stories from a year ago to show which outlets can and can't be trusted.

Brad Pitt, Jennifer Aniston Did NOT Meet Up Again Following Her Birthday, Despite Reports

Brad Pitt, Jennifer Aniston Vacationed In Cabo After Her Birthday?