Russell Crowe and Sienna Miller are not developing a romance on the set of their upcoming TV series "The Loudest Voice," despite a false tabloid report. Gossip Cop can debunk the claim. There's simply no truth to it. 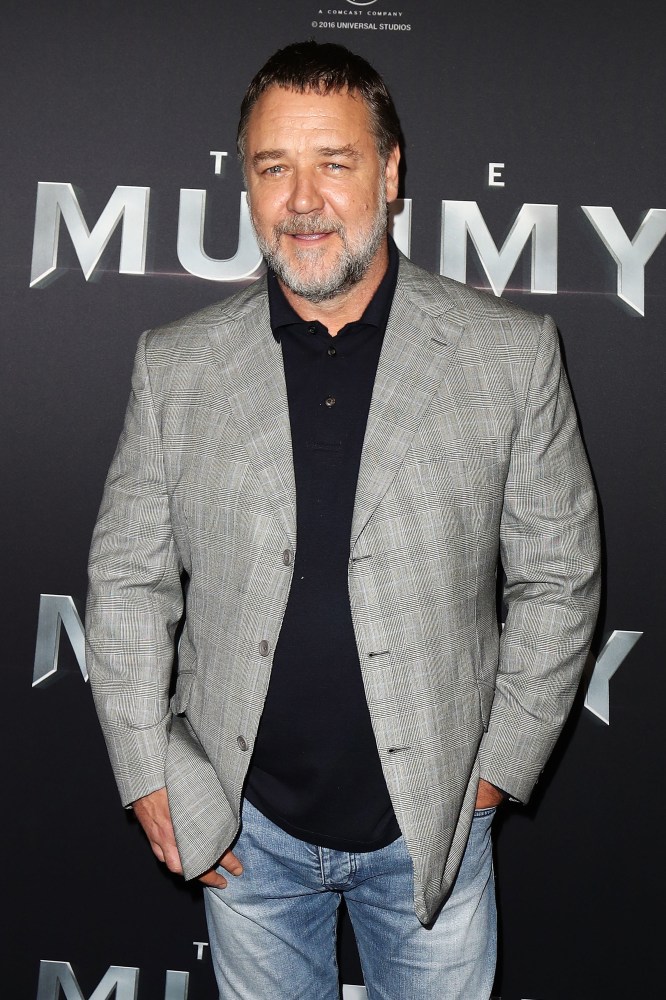 According to Woman's Day Australia, the stars have been "getting cozy" while shooting their upcoming show, in which Crowe portrays former Fox News chief Roger Ailes and Miller co-stars as his wife Elizabeth. A supposed source tells the magazine, "It's not the sexiest set in the world, but Russell still manages to charm women even when he's in a fat suit carrying a cane. It really is a talent."

The alleged insider further contends that Miller "is smitten" with her co-star and "considers herself privileged to be getting to know him." The questionable tipster goes on to say the actress is "enamored" by the way Crowe treats her six-year-old daughter Marlowe when she visits the set.

The seemingly phony source maintains that Crowe and Miller "would be great for each other," adding, "Despite the age difference between them, Sienna is very mature and dedicated when it comes to her career and work, and focused on being a good mother." The so-called "insider" adds, "They're all traits Russell finds attractive in a potential partner and you can tell he's been longing to settle down with a good woman for a long time."

One major problem with the tabloid's bogus story is that Miller is dating art gallery owner Lucas Zwirner. The couple has been spotted out and about in New York City several times over the past few months. Of course, the unreliable outlet doesn't bother to mention that the actress is currently in a relationship.

Still, Gossip Cop checked in with a source close to the situation, who confirms Crowe and Miller haven't sparked a romance on set. It's worth noting, the actor himself called out Woman's Day in 2017 for wrongly reporting he was dating 22-year-old Australian actress Sophia Forrest, a claim that Gossip Cop also debunked. Shortly after the article was published, Crowe tweeted, "Dear @WomansDayAus can you not stuff your [expletive] filled pages with deliberate lies about relationships I've never been in? Thanks in advance."

Shortly later, Crowe once again called out the tabloid for wrongly linking him to Terri Irwin. The actor took to Twitter to set the record straight on the false dating rumors being spread by the outlet. Meanwhile, Gossip Cop recently busted the magazine for falsely claiming Crowe had a "secret romance" with Nicole Kidman more than 30 years ago. In reality, the longtime friends have never been a couple. This latest article involving Miller is more fiction.

Angelina Jolie, Brad Pitt Trying To Prove They've "Moved On" From Each Other?