Ryan Gosling and Eva Mendes never split, despite a bogus report published exactly one year ago today. As Gossip Cop noted at the time, and it remains true to this day, the couple is very happy together. 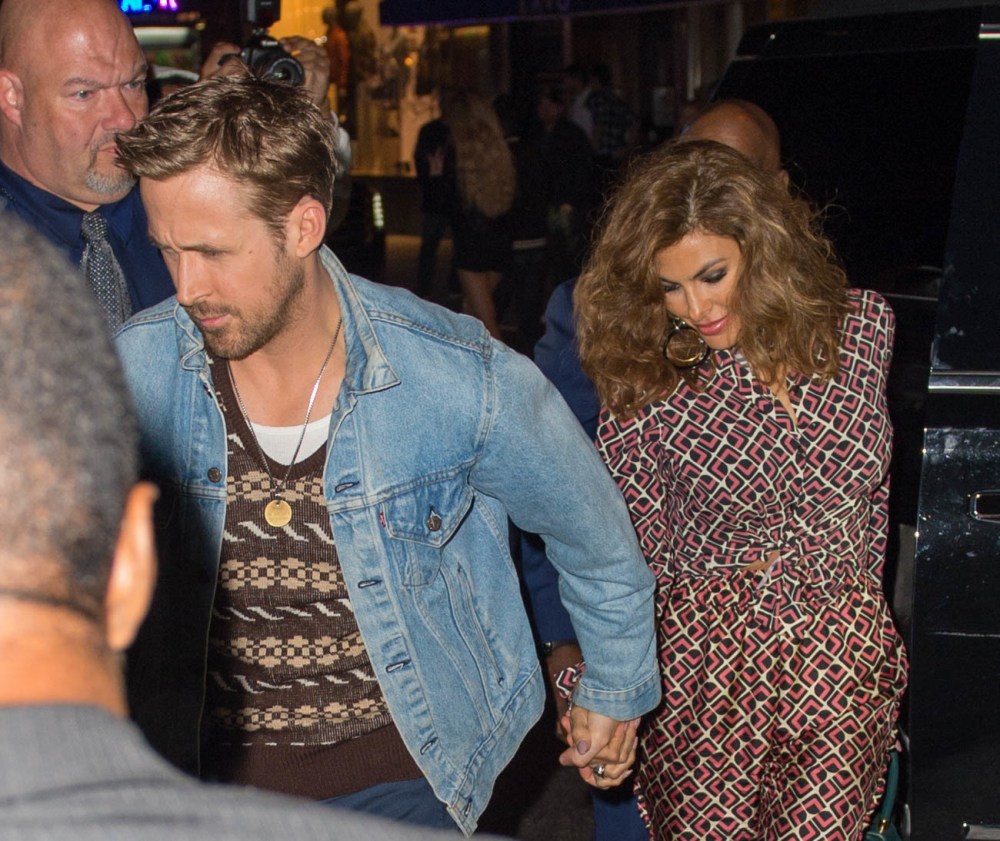 On March 8, 2017, Star falsely announced in a headline, "Eva & Ryan Split!" In the accompanying story, the gossip magazine ridiculously purported the couple had a "blowout fight" before last year's Oscars over Emma Stone, Gosling's La La Land co-star. A so-called "source" was quoted as telling the publication, "Consumed with jealousy over Ryan Gosling's closeness with Emma Stone, Eva Mendes is ready to pull the plug on their five-year romance."

The alleged "insider" went on to add, "Ryan said that if she wasn't going to support him on the biggest night of his career, then would she ever? Eva snapped back that he shouldn't be worried, because Emma would be there for him." What's more, the tabloid further quoted its dubious "source" as saying, "Ryan stormed out of the house, and friends aren't sure if he returned at all that night. But now, Eva may not even want him back. She's ready to call it quits on their relationship." Of course, that led Star to suggest there'll be a "nasty custody battle."

But as we pointed out 365 days ago, Gosling and Mendes never intended on turning the 2017 Academy Awards into a date night, so when the outlet's questionable tipster claimed Gosling was "tired of making excuses for Mendes," it was wholly made-up. In fact, the couple hasn't been spotted on a red carpet since promoting their 2012 film, The Place Beyond The Pines. As widely reported, Gosling and Mendes are a very private couple.

More importantly, though, there was no such "blowout fight" over Gosling's co-star, nor did Gosling and Mendes ever "call it quits" on their marriage. When we first investigated, Gossip Cop was assured the report was simply "false."

Unfortunately, in the year since it published the inaccurate tale, Star is yet to set the record straight and correct its own error. As is usually the case, the article was just the continuation of an untrue narrative about Mendes and Gosling's relationship created by the gossip media. To prove our point, in November Gossip Cop actually busted Star's sister publication, OK!, when it wrongly claimed Mendes gave Gosling a marriage ultimatum. Obviously, that story was completely phony, as well as all the other reports about the couple.

Survivor recap: who was voted off third on "Ghost Island"?

Emma Watson and Chord Overstreet NOT dating, despite speculative claims

Did Bradley Cooper panic after forgetting diapers during day out with baby girl?