Is Shannen Doherty planning a career comeback in the reboot of "Charmed"? That's the latest claim coming from one of this week's tabloids. Gossip Cop looked into the report, and it's untrue. Not only does her rep say it's "false," but the actress herself has expressed her concerns about the remake. 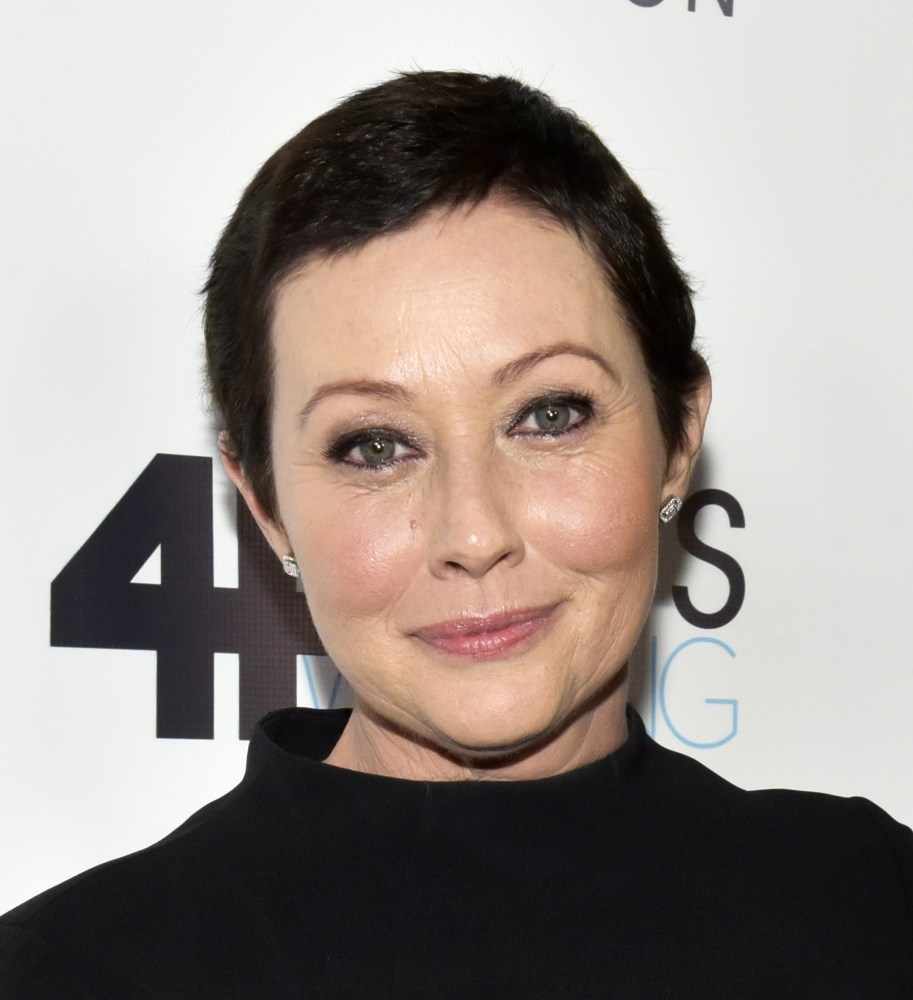 OK!, however, maintains Doherty is "convinced the fall reboot of 'Charmed' could be her comeback ticket" after getting the "all-clear" in her battle with cancer. A so-called "source" is quoted as telling the publication, "Shannen loved appearing in the new [TV adaptation of] Heathers," adding, "[Doherty] is eager to rebuild her career and remind everyone what a great actress she is." The outlet's alleged insider adds, "If she's asked to join the show, it might cause tension with Holly [Marie Combs]," Doherty's former co-star who "slammed" the idea of a reboot. "Shannen has no room for negativity in her life these days. She wants to focus on doing what she loves," concludes the magazine's supposed "source."

It's true Doherty is "intrigued" by the "Charmed" reboot, but she has no intention of making a "career comeback" on the supernatural drama, in which she starred as teenage witch Prue Halliwell for three seasons. "I'm intrigued by the idea that a new generation might be comforted, inspired like all you were," the actress tweeted in January about the reboot, which is set to air on the CW later this year. Doherty added in a subsequent tweet, "I loved 'Charmed.' I also want it to be respected." But Doherty also expressed on Twitter that same day that perhaps the network should "simply do a show inspired by Charmed." More significantly, she never said she's interested in being a part of the remake.

As noted above, Doherty isn't the only former star who's questioned the wiseness of a reboot. Shortly after was announced Combs fired off a strong of tweets expressing her displeasure, including one that read, "Here's the thing. Until you ask us… don't even think of capitalizing on our hard work. Charmed belongs to the 4 of us, our vast amount of writers, crews and predominantly the fans. FYI you will not fool them by owning a title/stamp." Combs continued in a later tweet, "Reboots or remakes, as we used to call them, usually have storylines so similar to the original… If it's not similar then [sic] it's just another show. A new show with a new title."

Regardless, OK!'s newest story surrounding Doherty and the upcoming reboot of "Charmed" is entirely manufactured. While Doherty was "grateful" to be in "Heathers" after her two-year battle with cancer, she isn't hoping to revive her acting career with the latest version of "Charmed" when it premieres in the fall. A rep for Doherty tells Gossip Cop the article is 100 percent "false."