Brad Pitt has played some memorable characters in some iconic films over the years, from a young hunk in "Thelma & Louise" to a cold-blooded assassin in "Mr. and Mrs. Smith" — a part that resulted in a real-life love story and, later, heartbreak for the actor. In honor of the release of Brad's newest film, "Ad Astra," on Sept. 20, 2019, Wonderwall.com is taking a look at all of Mr. Pitt's biggest roles and ranking them. We know, we know, it's a tough job, but somebody's gotta do it! Keep reading to see where your favorite characters land…

Brad Pitt burst onto the scene back in 1991 in "Thelma & Louise" as J.D., a character who paved a path to bona fide movie stardom for the actor. He starred alongside Geena Davis and Susan Sarandon in the flick about two ladies who take to the road. The only reason it ranks so far back on the list? He's technically only on screen for seven minutes (of heaven!).

We love seeing Brad Pitt step into a more comedic role! That's why his character in "Burn After Reading" earned a spot on this list. The 2008 Coen brothers film stars Brad as Chad, a personal trainer who's not the sharpest tool in the shed. Once Chad stumbles upon something he believes might be sensitive government information, hilarity ensues. Critics largely loved Brad's turn as a bumbling idiot.

No. 15: Jeffrey Goines in "Twelve Monkeys"

A part in a dark science-fiction flick about humans living underground is next on our list. Brad Pitt starred in "12 Monkeys" in 1995 alongside big names likes Bruce Willis and Christopher Plummer as Jeffrey Goines, a role that earned him a Golden Globe Award and an Academy Award nomination for best supporting actor. Though his performance was obviously stellar, this one falls farther back on our list because its dark nature makes it not as fun to re-watch.

Nazi killer Lt. Aldo Raine was boldly brought to life by Brad Pitt in 2009's "Inglourious Basterds." The gritty Quentin Tarantino flick, which is set during WWII, was a massive hit that earned more than $321 million in theaters and picked up several Academy Award nominations.

Brad Pitt took on the role of the villain in 2007's "The Assassination of Jesse James by the Coward Robert Ford," stepping into the titular role of Jesse. The Western flick premiered at the Venice Film Festival where Brad picked up the prestigious Volpi Cup for best actor thanks to his chilling performance as the outlaw. Plus the film is beautiful to watch (and no, not just because of that face!): It was up for best cinematography at the Academy Awards.

The romantic film "Meet Joe Black" saw Brad Pitt playing the title character alongside Anthony Hopkins and Claire Forlani. Though the flick's three-hour length turned off critics and fans, we still feel Brad's charismatic turn as Joe showed off his skills as a romantic lead — a role we wish he played much more often — hence the decently high ranking.

"Se7en" was among Brad Pitt's earlier films. The 1995 David Fincher flick saw Brad take on the role of investigative cop David Mills opposite a retiring partner played by Morgan Freeman and a serial killer played by Kevin Spacey. Critics and audiences loved the film's dark nature and Brad's compelling performance. The movie grossed more than $327 million worldwide. Aside from being a huge success and helping Brad's career, it also helped his love life! On set, he met a pretty and talented up-and-coming star by the name of Gwyneth Paltrow. The two went on to date and were even engaged before splitting in 1997.

"Troy" gave Brad Pitt an opportunity to star in an epic period war flick alongside fellow hunks Eric Bana and Orlando Bloom. The blockbuster film gave the Trojan War the Hollywood treatment, which meant Brad's Achilles was rocking armor with very little else, much to the delight of his fans! It was the eighth-highest grossing movie of 2004 with earnings of more than $497 million worldwide.

2001's "Ocean's Eleven" featured some of the biggest names of the era among its ensemble cast, so naturally Brad Pitt was involved. (The heist flick co-starred George Clooney, Julia Roberts, Matt Damon, Don Cheadle and Andy Garcia.) Brad played Rusty Ryan, one of thief Danny Ocean's partners in crime who helps him pull off a heist that rips off some of the biggest casinos in Las Vegas. The film, which pulled in $450 million at the box office, was the fifth-highest earning flick that year. It spurred two sequels — "Ocean's Twelve" and "Ocean's Thirteen" — plus a female-led version, "Ocean's 8."

"World War Z" saw Brad Pitt take on a zombie apocalypse. In the 2013 flick, Brad played Gerry Lane, a former UN investigator who sets out to search for the cure for a zombie virus. The result? The highest grossing zombie film of all time! Brad's performance earned great reviews and the flick made more than $540 million.

No. 7: Louis in "Interview with the Vampire"

Vampires never really go out of style. Brad Pitt's turn as an undead yet impossibly hot vampire came in 1994 in the deliciously entertaining "Interview with the Vampire." The film saw him share the screen with Tom Cruise and a very young Kirsten Dunst as he portrayed Louis, a former plantation owner-turned-vampire. Like many of Brad's other great flicks, it was recognized at the Academy Awards in the form of best art direction and best original score nods.

"The Curious Case of Benjamin Button" was released in 2008. Brad Pitt played the titular character, Benjamin, as an adult. Through the power of phenomenal makeup and technology, after beginning the film as a senior citizen, Benjamin gets younger as the movie goes on, tracking his life as he ages in reverse. Cate Blanchett starred as his love interest, Daisy Fuller, in the flick that went on to receive 13 Academy Award nominations including a best actor nod for Brad. It ended up winning three: best makeup, best art direction and best visual effects. It lands this high on the list thanks to the impressive way Brad navigates each age in this unique role.

This next film is responsible for one of the most iconic power couples in Hollywood history. Brad Pitt and Angelina Jolie infamously met and fell in love on the set of 2005's "Mr. and Mrs. Smith." His marriage to Jennifer Aniston subsequently fell apart after filming and shortly thereafter, Brad and Angelina went public as a full-fledged couple — which makes watching the romantic action-comedy flick that much more fascinating. Their chemistry as John and Jane Smith — a dull married couple who are secretly both trained assassins — is palpable. At the time, it became both Brad and Angelina's highest grossing film, earning more than $478 million at the box office.

Brad Pitt's starring role in "Legends of the Fall" drew raves back in 1994. The film centers around three brothers (including Brad's character, Tristan) and their father in rural Montana as they live, love and leave during a time frame that includes World War I through the Prohibition era. The historical drama was a success — critics lauded Brad's work and diehard fans lauded those long blonde locks.

Brad Pitt crushed the role of real-life Oakland A's general manager Billy Beane in 2011's "Moneyball." The flick centered around the former pro-baseball player-turned-manager as he put together a championship-worthy team, and Brad convincingly and charmingly brought him to life. The sports flick resonated with audiences and critics alike — Brad picked up a best actor Oscar nomination and the film collected five other Academy Award nods.

No. 2: Cliff Booth in "Once Upon a Time in Hollywood"

Brad Pitt earned some career-best reviews for his magnetic turn in 2019's "Once Upon a Time In Hollywood" as easygoing but deadly war veteran-turned-Hollywood stuntman Cliff Booth. He brought the loyal character to life opposite Leonardo DiCaprio, who played washed-up TV Western star Rick Dalton in what's been described as filmmaker Quentin Tarantino's love letter to 1960s Los Angeles.

"Fight Club" is widely known as Brad Pitt's most iconic film, and for good reason: It's his best work. Though the movie, in which Brad plays soap salesman-turned-fight club ringleader Tyler Durden, has reached cult status since its 1999 release, originally, it didn't do well at the box office and received mixed reviews. It wasn't until its DVD release that "Fight Club" garnered the attention it deserved, mostly due to Brad's mesmerizing performance. 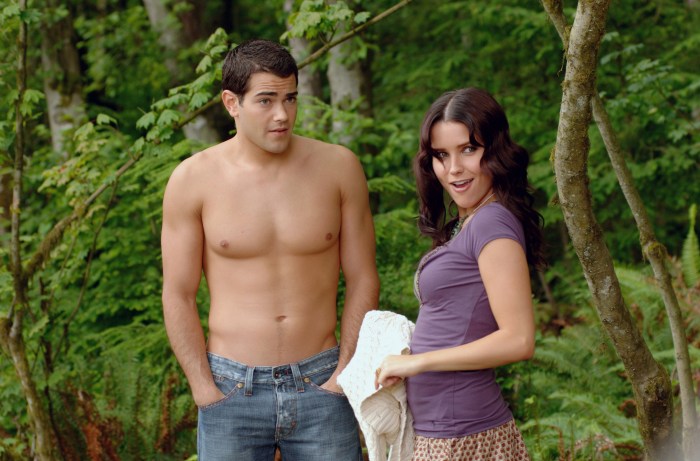