Wonderwall.com is celebrating the life of Christopher Plummer — who died at 91 on Feb. 5, 2021 — by taking a look back at the film that made him a star: "The Sound of Music." It was the highest grossing film of 1965 and has endured as one of the most beloved musicals of all time. Keep reading to take a look back at the stars and to find out what they're up to today…

Christopher Plummer took on the role of Captain Von Trapp. The strict disciplinarian was courting Baroness Elsa before Maria bounded into his life and changed everything.

Christopher Plummer's career took off after "The Sound of Music." He appeared in dozens of films including "The Man Who Would Be King," "The Return of the Pink Panther," "Malcolm X," "12 Monkeys" and "Syriana," to name just a few. His career continues to thrive today: In 2018 at age 88, Christopher set a Hollywood record when he became the oldest Academy Award nominee ever when he picked up a nod for his work in "All the Money in the World." He also set the record for being the oldest Oscar winner after he took home a best supporting actor trophy for his work in 2011's "Beginners" at age 82. While maintaining his movie career, he also wrote a memoir, "In Spite of Myself," which was released in 2008. Christopher has been married three times, most recently in 1970 to Elaine Taylor, with whom he currently lives in Connecticut. He has a daughter, Amanda, with ex-wife Tammy Grimes. He died at 91 on Feb. 5, 2021.

Julie Andrews played the iconic role of Maria in "The Sound of Music." The postulant-turned-governess developed special relationships with Captain Von Trapp's children and found love with the family's stern patriarch.

The role of Maria earned Julie Andrews a best actress Golden Globe and from there, the "Mary Poppins" star's career continued to flourish as she appeared in films like "Thoroughly Modern Millie," "Victor Victoria" and the "Princess Diaries" films over the next several decades. Julie also found success in television and theater during her illustrious career, during which she's won an Academy Award, a BAFTA Award, four more Golden Globes, three Grammys, two Emmys and a Screen Actors Guild lifetime achievement award. Julie has also written children's books and her autobiography, "Home: A Memoir of My Early Years." Julie was married twice. She has one daughter, Emma, from her first marriage to set designer Tony Walton and two adopted daughters, Amy and Joanna, from her second marriage to late filmmaker Blake Edwards. In 2017, she reprised her voice role as Gru's mom in "Despicable Me 3" and launched her own Netflix original series, "Julie's Greenroom," an educational series aimed at preschool children that features the actress as a performing arts instructor for a group of puppet children. Recently, Julie voiced Lady Whistledown on the first season of Shonda Rhimes' hit Netflix period piece "Bridgerton," which debuted in late 2020.

RELATED: Most stunning women in Hollywood over 70

Long before there was icy Princess Elsa in "Frozen," there was icy Baroness Elsa Schraeder in "The Sound of Music." As Captain Von Trapp's love interest, she had her sights set on marrying the family man before his head was turned by Maria.

Baroness Elsa in "The Sound of Music" was Eleanor Parker's most well-known role, but she continued to act after 1965. She transitioned to television later in the '60s, starring on shows like "Bracken's World," which earned her a Golden Globe nomination for best TV actress in a drama. She continued to act throughout the '70s, moving her talents to Broadway and appearing in "Applause," a Broadway musical version of "All About Eve." Throughout the '80s, she had bit roles on shows ranging from "Murder, She Wrote" to "Hotel" and "Fantasy Island" before starring in her last project, the TV movie "Dead on the Money" in 1991. Eleanor (seen here in 1978) largely stepped away from the public eye later in her life and passed away at 91 in 2013 from complications of pneumonia.

The eldest child in the Von Trapp family, Liesl, was played by Charmian Carr.

Liesl was Charmian Carr's most iconic role. She left Hollywood shortly after starring in "The Sound of Music" and married Jay Brent, a dentist, in 1967. She had two daughters, Jennifer and Emily, and started working in interior design, opening her own firm, Charmian Carr Designs. She also penned two books, both a nod to her famous role — "Forever Liesl" and "Letters to Liesl" in 2000 and 2001, respectively. Charmian passed away at 73 from complications of dementia in September 2016.

"The Sound of Music" was Nicholas Hammond's second major movie role. Before that, he appeared in "Lord of the Flies." After starring as Friedrich, Nicholas continued to act, largely on television with roles on sitcoms like "The Brady Bunch," "The Waltons" and the soap opera "General Hospital." But unlike some of his co-stars, Nicholas actually isn't best known for his "Sound of Music" role. No, it was a part in the late '70s that most people remember Nicholas for — Spider-Man! He played the iconic superhero character on the TV series "The Amazing Spider-Man" from 1977 until 1979. He continued to act through the '80s before transitioning to a career behind the scenes directing and writing for TV and the stage in his new home, Australia. He's seen here with "Sound of Music" co-stars Heather Menzies (Louisa, left) and Kym Karath (Gretl, right) back during his last public appearance in 2012. Nicholas is currently in a longtime relationship with Australian actress Robyn Nevin.

Heather Menzies landed her role in "The Sound of Music" at age 14 with no prior acting experience. But the part inspired a short-lived acting career once the film was released. Heather starred on popular television shows in the '60s and '70s ranging from "Dragnet" and "The Bob Newhart Show" to "The Love Boat" and "Logan's Run." The star went on to marry twice, first to John Cluett and second to Robert Urich, with whom she has three children. She tragically died of brain cancer in December 2017 at age 68.

Angela Cartwright followed up "The Sound of Music" with a role on the popular TV series "Lost in Space." She also appeared on popular shows like "My Three Sons" and "Make Room for Granddaddy." Besides the occasional appearance on a television show in the '80s and lending her voice to a few children's projects in the '00s, Angela left acting behind for photography. She married Steve Gullion in 1976 and went on to have two children, Jesse and Rebecca.

"The Sound of Music" didn't inspire Duane Chase to stick around in Hollywood. Though he nabbed a few more acting roles, he eventually headed back to school. He went on to study geology in college and settled into a career as a software engineer. He currently lives in Washington state with his wife and designs computer software for geologists and geophysicists. He's seen here with his onscreen sister Louisa, actress Heather Menzies, at his last public appearance in 2005.

The second youngest of the Von Trapps was Marta, played by Debbie Turner.

Another Von Trapp child who ditched Hollywood? Debbie Turner. After playing Marta, Debbie headed back to school and eventually got into the floral business. She married and settled in Minnesota with her husband, with whom she shares four daughters.

The littlest Von Trapp, Gretl, was played by Kym Karath.

Kym Karath continued to act through the '60s and early '70s, popping up on shows like "Lost in Space," "Lassie" and "The Brady Bunch" before leaving acting behind. Kym went on to finish school and attend the University of Southern California. She later married Philippe L'Equilbec, with whom she shares son Eric. 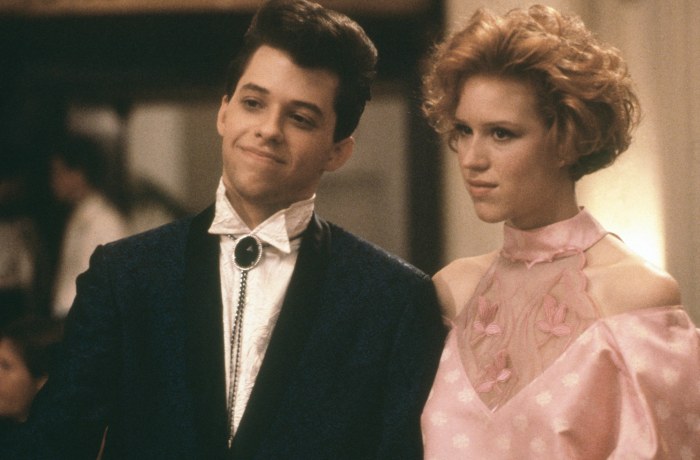