You've got to binge "Bridgerton"! The new Shondaland period series set in Regency-period London — which is based on author Julia Quinn's popular book series — dropped on Netflix on Dec. 25, 2020 — the perfect Christmas present for fans of executive producer Shonda Rhimes' brand of delicious drama. In honor of its debut, Wonderwall.com is explaining who's who with this handy guide to the cast! Keep reading to meet them all…

RELATED: The best Netflix series released during the pandemic

You might recognize Regé-Jean Page from another Shondaland series! The Brit starred on "For the People" on ABC from 2018 until 2019. Before that, he was best known for his role as Chicken George in the 2016 miniseries "Roots."

Phoebe Dynevor plays Daphne Bridgerton, the eldest daughter in a large aristocratic family who's just made her society debut and started her search for a husband.

Acting is in Phoebe Dynevor's blood! The actress, the daughter of British star Sally Dynevor, began performing professionally at 14 on the BBC One series "Waterloo Road." From there, she appeared on other British series like "Prisoners' Wives" and "Dickensian" before landing her first American role on TV Land's "Younger" in 2017, where she continues to appear as Clare.

Ruth Gemmell has been in movies including 1997's "Fever Pitch" opposite Colin Firth as well as a slew of TV shows, mostly in her native Britain, including "Deep State," "Utopia," "Home Fires," "Penny Dreadful," "Silent Witness," "The Bill" and many, many more.

Polly Walker scored a Golden Globe nomination back in the '00s for her work on the series "Rome." She's also popped up on shows like "Numb3rs," "Prisoners' Wives," "The Mentalist" and, most recently, "Pennyworth." The English actress has an impressive film career too, with roles in the films "Patriot Games," "Emma," "Clash of the Titans" and "John Carter." She's been married to actor Laurence Penry-Jones since 2008.

Prudence Featherington — the eldest daughter in her family — is played by Bessie Carter.

Bessie Carter has the perfect acting pedigree to join a period piece — both her parents are "Downton Abbey" alums! Yep, the star's parents are Imelda Staunton (who played Maud, Dowager Baroness Bagshaw in the 2019 movie) and Jim Carter (who played Mr. Carson on the series and in the film). Bessie even appeared with them both on the BBC series "Cranford" back in 2007. More recently, Bessie starred on the British shows "Howards End" and "Beecham House."

Nicola Coughlan's career really kicked off in 2018. That year the star — who had previously only had an episode of the BBC soap opera "Doctors" on her resume — landed roles on two buzzy series, "Derry Girls" and "Harlots" — both of which were huge hits in the U.K. and abroad thanks to streaming on Netflix. She's also active in the theater and has done voice work.

Like many in the "Bridgerton" cast, Harriet Cains kicked off her TV career with a part on the soap opera "Doctors." From there she landed roles on shows like "Hollyoaks Later" and "In the Flesh" while also appearing in short films. She's seen here on the British detective series "Marcella."

Jonathan Bailey plays Anthony Bridgerton, the eldest son among the Bridgertons siblings who's tasked with the responsibility of leading his family following their father's death.

Like many of his castmates, Jonathan Bailey is best known for his work on British TV and on the stage. He's appeared on series in the U.K. including "Doctor Who" and "Broadchurch" and has received acclaim for his work on London's West End. American audiences might recognize him from a stint he did on "Jack Ryan" in 2018.

Claudia Jessie (center) plays intelligent and rebellious Eloise Bridgerton, the second eldest daughter in the Bridgerton family. Unlike most younger woman in her position, she's no fan of the marriage market and would prefer to pursue more cerebral endeavors.

Like many of her "Bridgerton" co-stars, Claudia Jessie appeared on an episode of BBC's "Doctors" — which was actually her first ever role. From there, she landed parts on series like "WPC 56," "Lovesick," "Vanity Fair" and "Doctor Who."

Adjoa Andoh plays Lady Danbury, a formidable and influential dowager who was a friend to the new Duke of Hastings' late mother and has taken it upon herself to advise him when he returns to London.

Adjoa Andoh is a very familiar face to British audiences. She's best known for her work on popular shows like "Doctor Who," "Casualty" and "EastEnders" in the U.K. When it comes to American roles, she appeared in Clint Eastwood's movie "Invictus" alongside Morgan Freeman. She's also been a fixture on the British stage. The actress is married to Howard Cunnell, with whom she shares three kids.

Luke Newton, who's best known for his work on U.K. television screens, made his debut on the BBC show "The Cut" back in 2010. He also appeared on a show many of his co-stars also popped up on over the years — the BBC soap opera "Doctors." In 2016 and 2017, he appeared on the British Disney Channel series "The Lodge," also singing on the show's soundtracks.

Golda Rosheuvel has appeared in many British TV shows from "The Bill," "Casualty" and "Torchwood" to "Luther," "Coronation Street," "Silent Witness" and more. She's also been in films including Lady Macbeth and has worked extensively in the theater.

Ruby Barker (center) play Marina Thompson, a country relation of the Featheringtons who comes to live with her cousins, who soon discover she's harboring a secret as she makes her society debut.

Before landing a role on "Bridgerton," Ruby Barker only had three British television series on her resume. he appeared on "Wolfblood" in 2017, the soap opera "Doctors" from 2017 until 2019 and "Cobra" in 2020.

Ben Miller has been a fixture on British TV since 1991. His most notable roles have been in projects including "Death in Paradise," "Armstrong and Miller," "The Worst Week of My Life" and "Primeval." He's been married to Jessica Parker, with whom he shares a son and daughter, since 2013. He also has a son from a previous marriage to actress Belinda Stewart-Wilson.

"Bridgerton" is only the second project for Florence Hunt. The young actress previously appeared on the 2020 Netflix series "Cursed."

Will Tilston plays mischievous Gregory Bridgerton, the youngest son in his aristocratic family.

Luke Thompson plays sensitive, artistic Benedict Bridgerton, the second eldest Bridgerton son. Luke has an extensive background in the theater and also appeared on the big screen in "Dunkirk."

Julie Andrews narrates "Bridgerton" — think of her as a Regency era Gossip Girl. She plays the anonymous but well-informed Lady Whistledown, the author of a drama-sparking scandal sheet that's read across polite society. 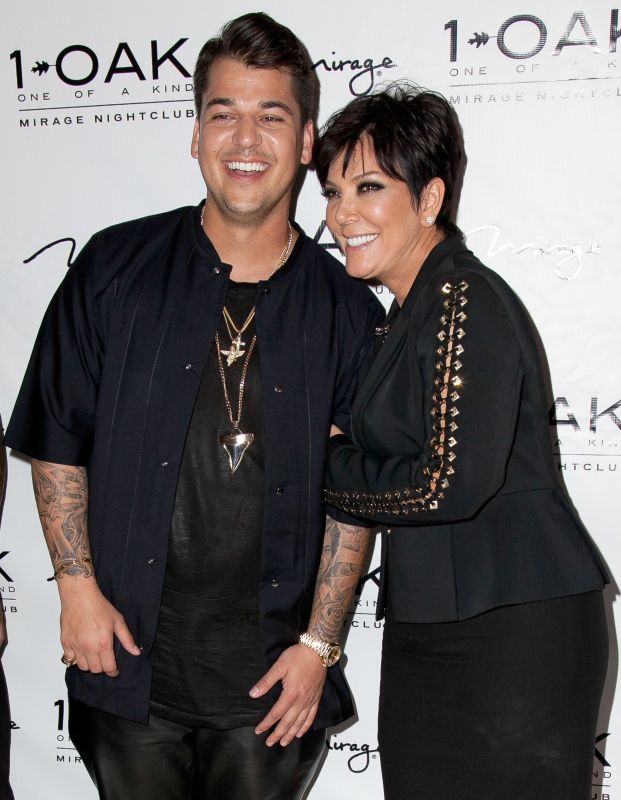 As Alicia Silverstone turns 46, find out what the stars of 'Clueless' are up to now!

See which celebrities are marking milestone birthdays in October 2022

Kris Jenner explains how she came up with names for her famous offspring, plus more major revelations from season 2 of 'The Kardashians'

Celebrate 'She's All That' star Rachael Leigh Cook's birthday with a look at our favorite high school rom-coms!