"Mortal Kombat" opens in theaters (and simultaneously debuts on HBO Max) on April 23, 2021. The action flick, which is based on the video game series of the same name, centers around MMA fighter Cole Young (Lewis Tan), who teams up with more of Earth's greatest champions in a battle against Outworld's Emperor Shang Tsung and his fiercest warriors. While Cole is an all-new character created specifically for the film, fans can expect to see heroes (Sonya Blade, Jax, Lord Raiden, Liu Kang, Kung Lao!) and villains (Sub-Zero, Scorpion!) they know and love from the games brought to life on the big screen. In honor of its debut, Wonderwall.com is taking a look back at more of the best and worst film adaptations of video games, starting with Hollywood's first stab at "Mortal Kombat" in 1995…

RELATED: The best movies based on books

"Mortal Kombat" first came to the big screen in 1995. Robin Shou, Linden Ashley and Chris Casamassa (pictured) starred in the first adaptation of the popular video game series. The action flick was a huge hit: It spent three weeks as the No. 1 film at the U.S. box office and earned more than $122 million worldwide in spite of mediocre reviews. A sequel, "Mortal Kombat: Annihilation," arrived in 1997.

The 2002 action-horror flick "Resident Evil" — which is based on a Japanese video game franchise of the same name — launched what's became the most well known and highest grossing video game film series ever. (It's earned more than a billion dollars worldwide!) Milla Jovovich stars in the first six installments as Alice, a genetically enhanced security operative for an evil corporation that creates a number of horrors, including an ever-growing horde of the undead. The first installment in the film series earned more than $103 million at the worldwide box office. A seventh installment, "Resident Evil: Welcome to Raccoon City," is due in late 2021.

Angelina Jolie starred as the titular English archaeologist in "Lara Croft: Tomb Raider," which is based on the "Tomb Raider" video game series. The 2001 action flick centers around Lara's quest to obtain ancient artifacts from the Illuminati. Critics weren't impressed, but that didn't stop the film from killing it at the box office, grossing more than $274 million worldwide. The 2003 sequel, "Lara Croft: Tomb Raider – The Cradle of Life," also performed well at the box office in spite of mixed reviews.

Alicia Vikander starred as Lara Croft in the 2018 "Tomb Raider" reboot. The action flick performed well at the box office in spite of critics' tepid response. A sequel is reportedly in the works.

The 1994 action flick "Street Fighter" — which is loosely based on the game "Street Fighter II" — stars Jean-Claude Van Damme, Kylie Minogue and Raúl Juliá in one of his final performances before his death. Critics panned "Street Fighter," but audiences ate it up: The movie raked in more than $99 million at the box office.

"Smallville" alum Kristin Kreuk starred as the titular martial arts expert in 2009's "Street Fighter: The Legend of Chun-Li," another movie based on the "Street Fighter" video game franchise. Sadly, the spinoff flopped at the box office following abysmal reviews. (It scored a 5% fresh rating with critics on Rotten Tomatoes.)

One of the earliest video games ever created, "Pong," inspired 1982's "Tron" — writer-director Steven Lisberger began developing the movie in 1976 after becoming intrigued with the arcade game. Academy Award winner Jeff Bridges and Bruce Boxleitner (pictured) starred in the sci-fi flick, which was only moderately successful when it debuted but has since become a cult classic. The movie's popularity helped spawn a franchise complete with multiple video games, comic books and an animated television series. In 2010, Disney released the sequel "Tron: Legacy" starring Garrett Hedlund and Olivia Wilde. (Jeff and Bruce also returned.)

"Breaking Bad" alum Aaron Paul starred in 2014's "Need For Speed," which is based on the EA video game series of the same name. The action flick centers around street racer Tobey Marshall, who races across the country to avenge his friend's death at the hands of a rival driver. "Need For Speed" earned negative reviews from critics but still grossed $203 million worldwide, making it a certified hit.

The 2001 computer-animated sci-fi flick "Final Fantasy: The Spirits Within" — which had a budget of $137 million — was the most expensive video game-inspired movie ever made at the time. While it only grossed $85 million at the box office, "Final Fantasy" received acclaim for what was, at the time, super-advanced animation and realism. Hironobu Sakaguchi, who created the original video game, directed the big-screen adaptation of his widely beloved game series.

Mark Wahlberg starred as the titular vigilante and former cop in 2008's "Max Payne," a neo-noir action thriller based on the video game series of the same name. Critics loathed the film, which was universally panned, but audiences seemed to enjoy it: "Max Payne" made more than $85 million worldwide.

"Vikings" star Travis Fimmel (pictured), Ben Foster, Paula Patton and Dominic Cooper starred in 2016's "Warcraft," which is based on one of the most popular video games ever created. Critics overwhelmingly panned the hotly anticipated flick, but that didn't stop gamers from snapping up tickets to see "Warcraft" in theaters: It grossed more than $433 million worldwide and is now the highest grossing video game adaptation of all time.

Jake Gyllenhaal starred as the titular Prince Dastan in 2010's "Prince of Persia: The Sands of Time," which is based on a video game of the same name. The action flick scored mediocre reviews but grossed more than $336 million worldwide, making it the highest grossing big-screen adaptation of a video game at the time. ("Warcraft" later beat the record.)

"Super Mario Bros." — one of our all-time favorite video games — got the big-screen treatment in 1993. The adaptation centers around Mario (Bob Hoskins, pictured) and Luigi (John Leguizamo) and their quest to defeat the ruthless dictator King Koopa. The adventure-comedy movie failed to make an impression with critics or at the box office but — thanks to '90s nostalgia — has become a cult classic favorite amongst millennials.

The 2006 horror film "Silent Hill" is based on the Konami video game series of the same name. Radha Mitchell starred as a mother desperately searching for her adopted daughter (Jodelle Ferland, pictured) who disappears in the titular monster-infested abandoned town. Despite poor reviews, "Silent Hill" grossed more than $100 million worldwide and scored a sequel: 2012's "Silent Hill: Revelation."

Timothy Olyphant starred as antihero Agent 47 in 2007's "Hitman," which is loosely based on the video game series of the same name. Like many action flicks based on video games, "Hitman" failed to impress critics but still performed well at the box office, grossing $99 million against a $24 million budget.

Karl Urban, Dwayne Johnson and Rosamund Pike headlined 2005's "Doom," which is loosely based on the video game series of the same name. The sci-fi flick centers around a group of Marines struggling to survive after genetically engineered monsters take over a research facility on Mars. Though fans of the games were pleased, critics loathed "Doom," which flopped at the box office.

Freddie Prinze Jr. starred as Christopher Blair in 1999's "Wing Commander," a big-screen adaptation of the video game series of the same name. Matthew Lillard, Saffron Burrows and David Warner also appeared in the sci-fi flick, which bombed at the box office following unfavorable reviews (a 10% fresh rating with critics on Rotten Tomatoes). Fans were also disappointed to discover how much the movie differed from the games. 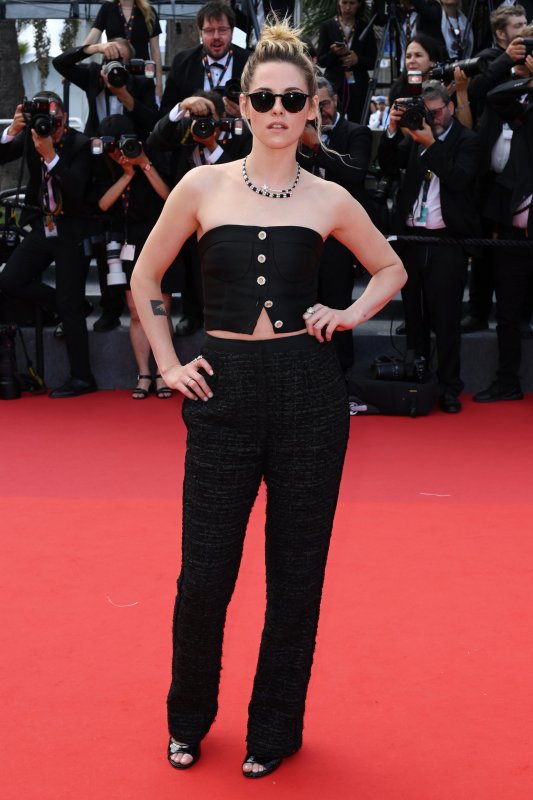