The 2020 Grammy nominations were announced on Nov. 20. Lizzo, Billie Eilish and Lil Nas X each scored coveted record of the year, album of the year and best new artist nods. Lizzo was the most nominated artist this year with eight nods. Billie is now officially the youngest artist in music history to be nominated for each of the big four awards. The stars seemed stoked on their nominations with Ariana Grande saying, "thank u for acknowledging this music my beautiful best friends and i created in just a few weeks together. the acknowledgement is truly enough on its own for me and my heart. pls allow me to bring all of my friends who made this w me so they can make sure my heart is beating." The announcements weren't good news for everyone, however, as there were some notable snubs and surprises like Halsey failing to garner any nominations at all and Taylor Swift being left out of contention for album of the year for new work "Lover." The Grammys air on Sunday, Jan. 26.

The 2019 BET Soul Train Awards took place on Nov. 17 in Los Angeles and the biggest stars in R&B and hip hop were honored at the event hosted by Tisha Campbell and Tichina Arnold. Lizzo was the big winner of the night, taking home both video of the year and album of the year trophies. Beyonce and daughter Blue Ivy Carter took home the Ashford and Simpson Songwriter's Award for "Brown Skin Girl." Issa Rae and Skai Jackson led the fashion parade on the red carpet.

Black Eyed Peas frontman will.i.am is upset with Australian airline Qantas for what he claims was racist behavior toward him on a recent flight. The singer was traveling from Brisbane to Sydney on Nov. 15 when the alleged incident occurred. The entertainer live tweeted, saying, "I'm currently on a flight from Brisbane to Sydney. I'm sorry to say me and my group have experienced their worse service due to an overly aggressive flight attendant… I don't want to believe she racist. But she has clearly aimed all her frustrations only at the people of colour." will.i.am then identified the flight attendant by name. "@Qantas Your #RacistFlightattendant was beyond rude & took it to the next level by calling the police on me. thank god the other passengers testified that SHE was out of Control 🙏🏿 the police finally let me go. imagine if the police were as aggressive as [her]," he wrote. According to the music star, the flight attendant was upset with him for not hearing an announcement because he had noise-canceling headphones on, but "I did comply quickly & politely," he insisted, also writing, "Is callin the police on a passenger for not hearing he P.A due to wearing noise canceling headphones appropriate?" Qantas blamed the singer in a statement, saying, "There was a misunderstanding on board, which seems to have been exacerbated by will.i.am wearing noise cancelling headphones and not being able to hear instructions from crew. We completely reject the suggestion this had anything to do with race. We'll be following up with will.i.am and wish him well for the rest of the tour."

RELATED: Most popular band the year you were born

After 11 years at the Flamingo Las Vegas, Donny Osmond and Marie Osmond have ended their Vegas residency. The siblings performed their last show on Nov. 16, completing a wildly successful run in Sin City. "I don't know how I'm going to get through this," Donny said. Marie, fighting back tears, told the crowd, "I'm gonna miss you guys the most. He can say all he wants about the crew and everything else, but I'm going to miss you. I love you." Many believe this show was the last time the Osmonds will ever perform a ticketed show again as they are getting older and focusing on other business ventures. Marie, for example, joined "The Talk" as a co-host this year. Fans of the Osmonds shouldn't be too sad, however, as it it believed that Marie might create another show in Vegas.

A week after Taylor Swift accused music execs Scooter Braun and Scott Borchetta of trying to prevent her from performing songs from her back catalog — which they own through Big Machine Label Group — on programs including the American Music Awards, Scooter has finally responded. On Nov. 22, the music manager shared a lengthy open letter to the pop star in which he expressed his desire to meet in person to hash out their differences. He explained that the reason he was responding publicly despite his desire to not have their feud play out on social media was because "there have been numerous death threats directed at my family" in the wake of Taylor's initial public statement. "While disappointed that you have remained silent after being notified by your attorneys four days ago of these ongoing threats, I'm still hopeful we can fix this," he added. "We are living in a time of pointless violence and as a husband and father I am concerned." He also wrote that he hates that we live in a world in which "people express their opinions over social media instead of having conversations in person" and urged her to get together.

Janet Jackson has some unhappy fans following a divisive concert performance on Nov. 15. The iconic singer was headlining the RNB Friday music festival in Brisbane, Australia, where fans noticed that she appeared to be lip-syncing. One audience member explained to The Sunday Mail, "When Janet Jackson came on it was just a disaster. Her sound was just terrible. She would be singing and then all of a sudden just do random stuff." Fans were already annoyed as the Black Eyed Peas went on right before her and ended their set early. Then Janet came out… "Once [Janet] was on stage, she started lip-syncing and it was so obvious she was dancing around trying to move the mic over her lips so we couldn't see and she kept putting her hair over her face," another concertgoer told Daily Mail Australia.

Forty-six years ago, Dolly Parton released the classic "Jolene" — and now she wants fans to get in on the fun. On Nov. 15, Julianne Hough — who plays Jolene on Dolly's new Netflix series, "Dolly Parton's Heartstrings" — announced the #JoleneChallenge, which asks fans to submit their best versions of the iconic song. Dolly explained the story behind "Jolene," saying, "She got this terrible crush on my husband. And he just loved going to the bank because she paid him so much attention. It was kinda like a running joke between us — when I was saying, 'Hell, you're spending a lot of time at the bank. I don't believe we've got that kind of money.' So it's really an innocent song all around, but sounds like a dreadful one." "Heartstrings" debuted on Nov. 22.

Harry Connick Jr. has opened up about a very awkward encounter with Frank Sinatra in the early '90s. The singer recalled on a Nov. 19 appearance on Britain's "This Morning" that the first time he met the music legend, things did not go as planned. As Harry tried to sing "Ol' Blue Eyes" in front of Frank, he froze: "I was really nervous and blanked out on stage." After the performance, Harry went to apologize but Frank completely ignored him and grabbed Harry's wife, model Jill Goodacre, and gave her a kiss. "He looked at [her] and kind of placed her face in his hands and said, 'You're beautiful,' and he kissed her right on the mouth, walked out of the elevator and that was the end of that." As many have pointed out, that kind of behavior would be unacceptable in today's environment. According to Harry, "It was probably unacceptable then. Obviously it's completely inappropriate."

Meghan Trainor just showed us why she is so likable. After getting her wisdom teeth pulled, the singer shared a series of videos on Nov. 19 in which she hilariously sends love to her manager and tries to sing. "I was initially going to just take one wisdom tooth out. The dentist said they all had to go. Wasn't emotionally or mentally prepared but sure got some great content. Thank u to the amazing dentist and my family for taking such good care of me," she wrote on Instagram. The "Lips are Movin'" songstress documented her ordeal from leaving the dentist to the car ride home with her hubby, Daryl Sabara. 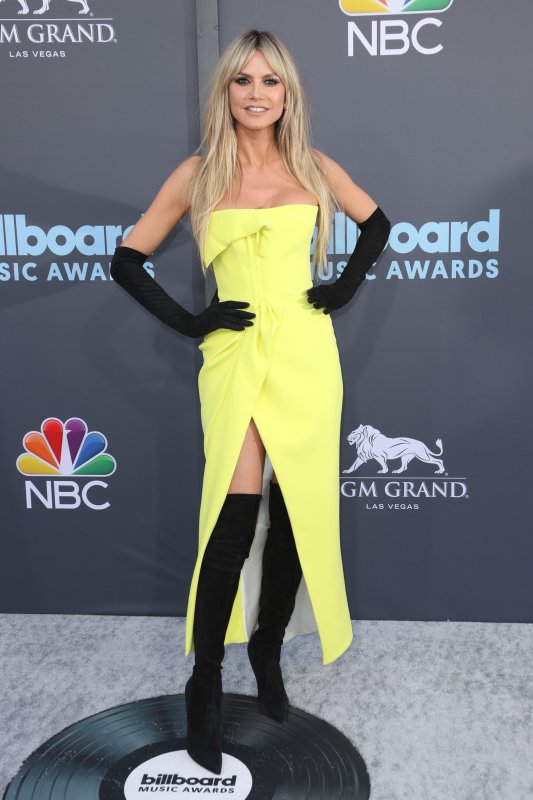