Imelda Staunton on seasons 5 & 6 of "The Crown"

When it comes to royalty, it doesn't get more regal than Queen Elizabeth II, who was the longest reigning monarch in British history. In the wake of her death at 96 in September 2022, join Wonderwall.com as we take a look at the actresses who've played her on the big and small screens over the years… Imelda Staunton takes over as an older Queen Elizabeth II (Jonathan Pryce now plays her husband, Prince Philip) on season 5 of "The Crown," which is set in the 1990s. The new season debuts on Netflix on Nov. 9, 2022. "I have loved watching 'The Crown' from the very start," Imelda said not long after she was cast. "I am genuinely honoured to be joining such an exceptional creative team and to be taking 'The Crown' to its conclusion."

Claire Foy played Queen Elizabeth II as a young woman on the first two seasons of Netflix's "The Crown." The first season of the biographical drama chronicled the monarch's ascension to the throne and the early years of her reign. The second season explored her reign during the turbulent 1960s. The English actress won two Emmys, a Golden Globe and two SAG Awards for her work on the show. "I'm going to miss it terribly," Claire told reporters during the 2017 BFI & Radio Times Television Festival of leaving the show so another actress could take over as the queen ages. "But I just can't wait to see where it goes. I just can't wait."

Oscar winner Olivia Colman played Queen Elizabeth II on seasons 3 and 4 of "The Crown," the first of which picked up in the 1970s. Olivia — who won an Emmy, two Golden Globes and two SAG Awards for her work on the show — opened up about her feelings about the monarch in 2019 when she was a guest on "Broadchurch" co-star David Tennant's podcast. "Not sure I was ever a monarchist — I wasn't — but the queen is an incredibly impressive human being," she said. "And I'm slightly obsessed with her." Since working on "The Crown," Olivia's admiration for Elizabeth only increased, she added. "It's grown. It's become almost unbearable now."

Helen Mirren in "The Queen"

There is no greater portrayal of Queen Elizabeth II on film than Helen Mirren's Oscar-winning take on the monarch in "The Queen." The 2006 movie follows the royal family's response to the death of Princess Diana in 1997. Helen also took to the stage as Queen Elizabeth II in the 2013 West End and 2015 Broadway productions of "The Audience."

Kristin Scott Thomas in "The Audience"

In 2015, Kristin Scott Thomas picked up where Helen Mirren left off as Queen Elizabeth ll in Peter Morgan's play "The Audience." The West End production focused on weekly meetings called "audiences" that occurred between Queen Elizabeth II and her prime ministers.

Emmy winner Jane Alexander played Queen Elizabeth ll in "William & Kate: A Royal Love Story," the Hallmark Channel made-for-TV movie about how Prince William and Duchess Kate fell in love. The TV project covers their time as students at Scotland's University of St. Andrews though their breakup and engagement.

Freya Wilson in "The King's Speech"

Freya Wilson was only 11 when she portrayed young Princess Elizabeth alongside Colin Firth (as her father, King George VI) in the 2010 period drama "The King's Speech." The film focuses on George's quest to conquer his stammer before he eventually becomes king. It won four Oscars — best picture, best director, best original screenplay and best lead actor — during the 2011 Oscars.

Sarah Gadon in "A Royal Night Out"

Sarah Gadon starred as a young Princess Elizabeth in 2015's "A Royal Night Out." The film follows Elizabeth and sister Princess Margaret — both stir crazy from the wartime confines of Buckingham Palace — as they venture out for a night of freedom and fun in 1940s London.

Due to her uncanny resemblance to Queen Elizabeth ll, Jeanette Charles is the most legendary Queen Elizabeth impersonator of all time. The actress has appeared as the monarch on numerous TV shows and in countless films, from sketch roles on "Saturday Night Live" to parts in "Austin Powers in Goldmember" and "National Lampoon's European Vacation."

Carolyn Sadowska on "The Women of Windsor"

Carolyn Sadowska had a very brief career as an actress, but during her time in the spotlight, she portrayed Queen Elizabeth II on the 1992 ITV drama "The Women of Windsor," which centered around the lives of Princess Diana and Sarah Ferguson, Duchess of York.

Emma Thompson on "Walking the Dogs"

Emma Thompson starred as Queen Elizabeth II on the 2012 TV drama "Playhouse Presents: Walking the Dogs," which centers around a real Buckingham Palace break-in that took place in 1982. (The actress is pictured the same year the episode first aired.)

Dana Wynter in "The Royal Romance of Charles and Diana"

The late English-German actress Dana Wynter (pictured in 1958) portrayed Queen Elizabeth II in the 1982 made-for-TV movie "The Royal Romance of Charles and Diana," in which Olivia de Havilland portrayed her mum, Queen Elizabeth the Queen Mother.

"Absolutely Fabulous" creator, writer and star Jennifer Saunders, who also voiced the fairy godmother in "Shrek 2," did a great cartoon portrayal of Queen Elizabeth ll in the 2015 animated movie "Minions."

Barbara Flynn on "The Queen"

English actress Barbara Flynn was one of several actresses who took on Queen Elizabeth II in the 2009 British television docu-drama "The Queen." Elizabeth was played by a different actress in each episode of the series, which each represented different time periods of her life. Barbara played the queen during her 1990s reign.

Samantha Bond on "The Queen"

Samantha Bond — perhaps best known for playing Miss Moneypenny in the James Bond movies during Pierce Brosnan's reign — was also cast as Queen Elizabeth II on the 2009 British TV series "The Queen." Samantha played the monarch during the early 1970s when her daughter, Anne, the Princess Royal, was almost kidnapped.

Emilia Fox on "The Queen"

Emilia Fox is another actress who was cast to play Queen Elizabeth II on Britain's 2009 Channel 4 TV docu-series "The Queen." The actress portrayed the royal during the first years of her reign in the 1950s.

Penelope Wilton in "The BFG"

Penelope Wilton took on the role of Queen Elizabeth II in the 2016 film "The BFG." Based on a novel by Roald Dahl, "The BFG" follows a young girl and a giant through a series of adventures, including a trip to Buckingham Palace to see the queen.

June Squibb in "7 Days in Hell"

American actress June Squibb plays Queen Elizabeth II in the HBO mockumentary film "7 Days in Hell." The 2015 movie tells the story of two professional tennis players who meet the queen before and during the Wimbledon tennis championships. 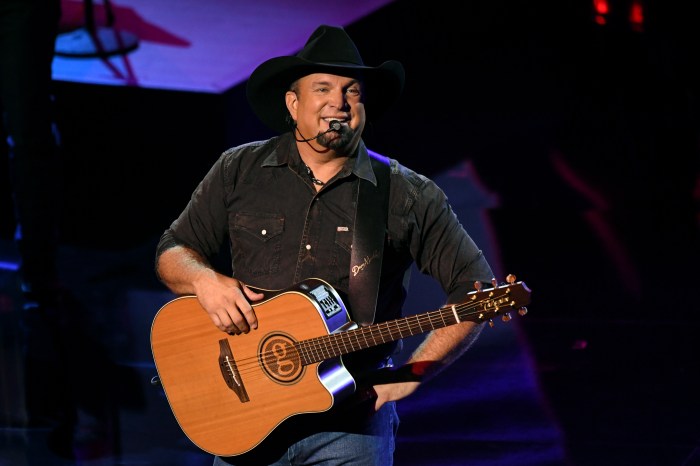