No one has jewelry quite like this! From phenomenal tiaras to delicate bracelets to dazzling diamond rings, the royals' jewelry collections are filled with drool-worthy pieces of history. Wonderwall.com is rounding up some of the most impressive, envy-inducing royal bling, starting with the Lover's Knot tiara. The Lover's Knot was one of Princess Diana's favorites. The stunning headpiece, which was originally created for Queen Mary back in 1914, is comprised of diamonds and pearls. Mary left it to her granddaughter, Queen Elizabeth II, who reportedly loaned it to Diana for her wedding in 1981, though Di ultimately decided to wear her own family's Spencer tiara on her big day. But once she was an official member of the royal family, the Princess of Wales often sported the Lover's Knot tiara for formal events and now it's one of daughter-in-law Duchess Kate's favorite pieces. Kate is seen here wearing it in December 2018 — the sixth time she's donned it in public since her 2011 wedding. Keep reading for more of our favorite royal jewels…

One of the most beautiful pieces in Princess Diana's personal jewelry collection? Her stunning Asprey aquamarine ring set in yellow gold, which she wore as a replacement of sorts for her engagement ring following her divorce from Prince Charles in 1996. The main stone is estimated to be over 30 carats and is accentuated with diamonds. She was first spotted wearing this ring at her Christie's charity auction in London in June 1997 just a few months before her tragic death. Prince Harry gifted the gorgeous ring to wife Duchess Meghan, who wore it to their wedding reception in May 2018.

Princess Eugenie sported the jaw-dropping Greville emerald kokoshnik-style tiara, which was on loan from her grandmother, Queen Elizabeth II, for her 2018 wedding to Jack Brooksbank. The stunning piece by Boucheron features bright green emeralds — including the pièce de résistance, a 93.70-carat cabochon-cut center stone — alongside more emeralds and diamonds.

When Prince Charles proposed to Camilla Parker Bowles, now the Duchess of Cornwall, he presented her with this five-carat emerald-cut diamond in an Art Deco setting. The ring came from the royal family's collection and was previously owned by the Prince of Wales's grandmother, Queen Elizabeth, the Queen Mother.

The Four Row Japanese Pearl Choker is a show-stopping piece that was given to the royal family by the Japanese government in the 1970s. Queen Elizabeth II wore the unique necklace when she visited Bangladesh in 1983. It's also since been worn by Princess Diana and Duchess Kate.

When Prince William proposed to Kate Middleton in 2010, he presented her with a ring that was very familiar to royal watchers — Princess Diana's Garrard engagement ring. The ring features a stunning 12-carat oval Ceylon sapphire surrounded by diamonds and set in white gold. Diana reportedly selected the ring from a tray of options after Prince Charles proposed in 1981.

Known for being supremely fashionable, Princess Diana donned this choker created from sapphires and diamonds — which had been given to her by the Saudi royal family — as a headband in 1986.

Princess Diana rocked another necklace-as-headband look in the '80s — this stunning piece made from the Cambridge emeralds. Queen Elizabeth II had given her the piece, which was originally a choker, as a wedding gift.

Unique brooches are some of the most fun pieces in the royal jewelry collection. This one, seen here on Duchess Kate, was given to Queen Elizabeth II by the Women of Auckland on Christmas in 1953 when she toured New Zealand. Since then, the Queen has worn the platinum fern brooch — the silver fern is an important symbol in the Commonwealth nation — while visiting with New Zealand's prime minister in 2012. She allowed Kate to wear it when she toured New Zealand in 2014.

Queen Maxima of the Netherlands gave us mere mortals a glimpse of the famous Stuart Tiara in 2018 when she wore the stunning piece to a state banquet at Buckingham Palace in London. The rare 39.75-carat, pear-shaped, rose-cut Stuart diamond takes center stage in this tiara — but it wasn't always part of a headpiece. Prior to being set in this tiara, the Stuart diamond was part of a brooch and was once the pendant of a necklace. It's been part of this tiara since it was designed for Queen Wilhelmina in 1897.

Prince Harry had Duchess Meghan's engagement ring made just for her. He went to Cleave & Company to help him bring his vision to life. The center stone is from Botswana (the place the couple first vacationed together) and the two round diamonds flanking it came from a brooch that belonged to his late mother, Princess Diana.

When Princess Margaret tied the knot in 1960, the royal donned the Poltimore Tiara. The stunning piece was made for Lady Poltimore by Garrard back in 1870. Margaret was so enamored of the piece that she purchased it herself at an auction a year prior to her wedding.

Look at the size of those stones! Queen Elizabeth II showed off the Brazilian Aquamarine Parure — a tiara, earrings and necklace all comprised of exquisite light blue aquamarines sourced from the South American country. The gems were given to the monarch in 1953 by the president (and people!) of Brazil, so she had them fashioned into this flashy matching set.

While attending the premiere of "Skyfall" in London in 2012, Duchess Camilla showed off her stunning amethyst necklace. The stones originally belonged to Queen Elizabeth, the Queen Mother — they were given to her when she got married back in 1923 — and were later inherited by Queen Elizabeth II.

On Kate Middleton's wedding day, she donned a very famous headpiece from the royal family's jewelry collection — the Cartier Halo Tiara. The stunning diadem boasts 739 brilliant-cut and 149 baton-shaped diamonds. It first entered the royal family back when the future King George VI purchased it for his wife, the future Queen Elizabeth, the Queen Mother. She gave it to their elder daughter, then known as Princess Elizabeth, for her 18th birthday. Queen Elizabeth II later lent it to sister Princess Margaret and daughter Princess Anne before allowing her future granddaughter-in-law to wear the tiara on her wedding day.

As a wedding gift from the Crown Prince of Saudi Arabia, Princess Diana received a suite of Asprey sapphire and diamond jewelry that included a pendant necklace, a ring, earrings, a bracelet and a watch. Diana later turned some of the sapphire and diamond clusters from the watch's strap into these gorgeous earrings, which quickly became some of her favorite pieces. Later, they were re-fashioned into drop earrings and worn by her daughter-in-law, Duchess Kate.

Queen Elizabeth II's Canadian Maple Leaf Brooch is another unique piece in her collection. She inherited the diamond-studded brooch, which was fashioned by Asprey & Company, from her mother and wore it during her first trip to Canada in 1951. More recently, it was on loan to Duchess Kate as she attended Canada Day Celebrations in Ottawa in July 2011.

The Burmese Ruby tiara, made by Garrard in 1973, is incredibly eye-catching. The 96 rubies adorning this stunning piece were wedding gifts given to Queen Elizabeth II by Burma (which now goes by the name Myanmar) and the diamonds were wedding presents from the Nizam of Hyderabad (the monarch of that Indian state) back in 1947.

When Meghan Markle married Prince Harry in May 2018, she donned Queen Mary's bandeau tiara, a piece on loan from Queen Elizabeth II. The flawless diadem is comprised of diamonds of different sizes with a center stone that's actually a brooch! Prior to the wedding, it hadn't been seen in public since 1950, when Queen Mary herself wore it.

How gorgeous is the Prince Albert Brooch? Made of a massive sapphire surrounded by diamonds, it was originally given to Queen Victoria by her husband, Prince Albert, ahead of their wedding. In her will, she designated it as an heirloom of the crown so that it could be worn by future monarchs — and all of Britain's queens (including Queen Elizabeth II) have sported the piece since!

One of Princess Diana's most drool-worthy wedding gifts? These pearl earrings from Collingwood Jewelers. Later on, they'd be worn by son Prince William's wife, Duchess Kate.

The Greville tiara has been in the royal family since 1920. First made by Boucheron for Dame Margaret Helen Greville, this stunning piece features geometrical shapes and circular diamonds and has become one of Duchess Camilla's go-to pieces.

Queen Elizabeth II has numerous collet necklaces in her collection including this stunner, which she wore in 2010 while meeting with the president of the United Arab Emirates in Abu Dhabi. The bold necklace has also been donned by granddaughter-in-law Duchess Kate.

Duchess Meghan first publicly sported these beautiful butterfly earrings while in Sydney in October 2018 during her royal tour Down Under with husband Prince Harry. They previously belonged to Princess Diana, who wore them often in the '80s.

When Princess Elizabeth got married in 1947, her father, King George VI, presented her with a stunning Victorian-era earrings and necklace set. After she was crowned Queen Elizabeth II, she opted to add to it, purchasing a sapphire and diamond necklace that jewelers fashioned into a tiara. That necklace once belonged to Princess Louise of Saxe-Coburg and Gotha, who was born Princess Louise of Belgium, hence the headpiece's name — the Belgian Sapphire Tiara.

Duchess Kate donned this dazzling ruby and diamond necklace by Mouawad in 2011. The piece is part of a set that also includes a ruby and diamond bracelet, which was reportedly given to Kate as a wedding gift.

Princess Diana sported this dainty yet beautiful pearl bracelet by Nigel Milne while visiting Hong Kong in November 1989. The piece features three rows of pearls with a diamond and pearl clasp and spacers. The bracelet would later be worn by her daughter-in-law, Duchess Kate.

The Delhi Durbar Tiara is one of Queen Elizabeth II's most stunning headpieces. Originally commissioned for Queen Mary in 1911, the dazzling diamond-adorned headpiece made by Garrard has more recently been worn by Camilla, Duchess of Cornwall. 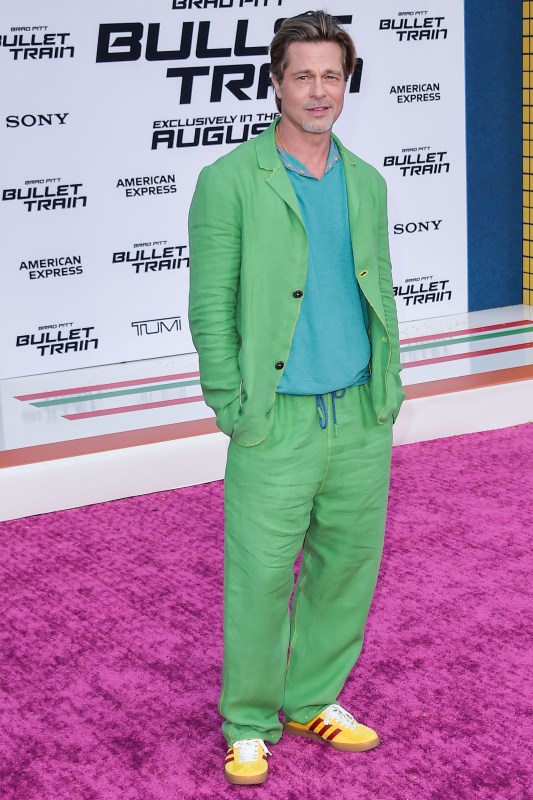