Ready to dive into a new franchise from "The Bachelor"? Then you're in luck because "The Bachelor Presents: Listen to Your Heart" premieres on April 13, 2020. On the newest spinoff of the hit ABC show, 12 men and eight women will attempt to find love while also making music together. In honor of the new ABC series, Wonderwall.com is taking a look back at more of the best reality TV spinoffs from over the years. Keep reading to see if your favorite made the list…

First there was "Below Deck." Then there was "Below Deck Mediterranean," both of which were big successes for Bravo. The latest show in the franchise? "Below Deck Sailing Yacht." The first season, which premiered in February 2020, chronicled the antics of the crew on a chartered yacht sailing around Greece. There's the same amount of crew drama — if not more! — than the bigger yachts have to offer.

"The Bachelorette" launched with Trista Rehn and her now-husband, Ryan Sutter, in 2003, a year after Alex Michel handed out his first rose on season 1 of "The Bachelor." Like its predecessor, "The Bachelorette" has become one of television's most watched shows over the course of its 15 seasons. The franchise now includes several more shows featuring past contestants: "Bachelor Pad," which ran for three seasons between 2010 and 2012; "The Bachelor Winter Games," which aired its four-episode first season in early 2018; "Bachelor in Paradise," delivered its sixth season in the summer of 2019; and the Bachelor Nation talk show "Bachelor in Paradise: After Paradise," which ran for two seasons between 2015 and 2016.

RELATED: Bachelor Nation couples who are still together

Scott Disick stepped out on his own! Kourtney Kardashian's former longtime partner — who shot into the spotlight on "Keeping Up With the Kardashians" — starred on an E! series of his own, "Flip It Like Disick," in 2019. The show saw him flipping high-end real estate and renovating celebrity homes with a team that includes former pop star Willa Ford, who's now an interior designer. (The father of three also dropped in on the Kardashians from time to time, naturally!)

One of the all-time greatest reality TV shows, "The Hills," is actually a spinoff of "Laguna Beach," which ran for three seasons between 2004 and 2006 and catapulted Lauren Conrad, Kristin Cavallari and Lo Bosworth into the spotlight long before they headed up north to the titular Hollywood Hills — and teamed up with Audrina Patridge, Whitney Port and Heidi Montag. "The Hills" ran for six seasons between 2006 and 2010 and had such a lasting legacy that it scored an uber-successful 2019 reboot: "The Hills: New Beginnings." Two stars from the series also scored their own short-lived spinoffs: Audrina Patridge headlined VH1's "Audrina" in 2011 and Whitney Port starred on two seasons of "The City" from 2008 to 2010.

Of course, several "Housewives" have scored spinoffs of their own, and at least few deserve a mention. First and foremost? Lisa Vanderpump's "The Real Housewives of Beverly Hills" spinoff "Vanderpump Rules," which follows the restaurateur and the staff of SUR, her West Hollywood eatery and lounge. The series, which debuted in 2013, kicked off its eighth season in January 2020. "Vanderpump Rules" has also spawned several spinoffs of its own: "Vanderpump Rules: Jax and Brittany Take Kentucky," which centered around Jax Taylor and Brittany Cartwright and ran for six episodes in 2017; "Vanderpump Rules After Show," a talk show that ran for one season between 2015 and 2016; and "Summer House," which is set in Montauk, New York, and debuted its fourth season in early 2020.

Kim Zolciak-Biermann's "The Real Housewives of Atlanta" spinoff, "Don't Be Tardy," is the longest running "Housewives" spinoff: It debuted in April 2012 as the miniseries "Don't Be Tardy for the Wedding," which followed the wig enthusiast and her now-husband, Kroy Biermann, as they geared up to tie the knot. The series, which underwent a small title change after season 1, wrapped its seventh season in 2019.

Bethenny Frankel's "The Real Housewives of New York City" spinoff, "Bethenny Ever After," ran for three seasons between 2010 and 2012. The series chronicled the Skinnygirl mogul's wedding to Jason Hoppy and the birth of their daughter, Bryn, as well as the early cracks in their marriage. In 2018, Bethenny starred alongside real estate entrepreneur Fredrik Eklund on another "RHONY" spinoff: the eight-episode house-flipping show "Bethenny and Fredrik."

Caroline Manzo's "The Real Housewives of New Jersey" spinoff, "Manzo'd with Children," ran for three seasons between 2014 and 2016. Her family also headlined another spinoff: the six-episode 2011 series "Boys to Manzo," which centered around her sons, Albie Manzo and Chris Manzo.

Like the "Real Housewives" franchise, "Keeping Up With the Kardashians" has spawned a number of spinoffs over the years. The first, "Kourtney and Khloe Take Miami," centered around Kourtney Kardashian and Khloe Kardashian as they opened a new Dash boutique in Miami. It ran for three seasons between 2009 and 2013 and was renamed "Kourtney and Kim Take Miami" after Kim Kardashian West replaced Khloe on the third season. The oldest Kardashian sisters then starred on two seasons of "Kourtney and Kim Take New York" between 2011 and 2012. Simultaneously, Khloe and then-husband Lamar Odom starred on two seasons of "Khloe & Lamar." After that, Khloe and Kourtney teamed up for a single season of "Kourtney and Khloe Take The Hamptons," which aired in 2014 and 2015. Meanwhile, baby sis Kylie Jenner finally scored her own eight-episode spinoff, "Life of Kylie," in 2017. Yet another "KUWTK" spinoff, "Dash Dolls," ran for eight episodes in late 2015. The series centered around Khloe's bestie, Malika Haqq, and her twin sister, Khadijah Haqq, as they managed the Kardashian clan's Dash boutique in Hollywood.

There are two more "KUWTK" spinoffs that deserve a mention… In 2016, Rob Kardashian and then-fiancée Blac Chyna headlined a single season of the ridiculously dramatic "Keeping Up With the Kardashians" spinoff "Rob & Chyna." Though E! renewed the series for a second season, it was promptly canceled amidst the couple's extremely contentious breakup. Chyna then sued the Kardashian clan for allegedly conspiring to have the show canceled — and ultimately costing her millions. Their ongoing legal battle has contributed to the surprising legacy of the short-lived series.

It was a truly groundbreaking moment in pop culture history: During an April 2015 "20/20" interview, Olympian Bruce Jenner, who starred on "Keeping Up With the Kardashians" for about a decade, came out as a transgender woman. Immediately after the interview aired, E! announced that Caitlyn Jenner would headline a docuseries chronicling her "new normal." The show, "I Am Cait," aired for two seasons between 2015 and 2016.

Nikki Bella and Brie Bella made their reality TV debut on "Total Divas" in 2013. Three years later, they scored their own spinoff, "Total Bellas," which debuted its fifth season in 2020. (Since then, there's been one more "Total Divas" spinoff: The Miz and Maryse's "Miz & Mrs.," which debuted in July 2018 and aired season 2 in 2020.)

Kendra Wilkinson got famous on "The Girls Next Door" in 2005. She scored her own spinoff, "Kendra," in 2009. The series, which chronicled her family life with then-husband Hank Baskett and their son, came to an end in 2011 after four seasons. She then starred on six seasons of "Kendra on Top" between 2012 and 2017. (Her "The Girls Next Door" co-star Holly Madison also scored a spinoff: "Holly's World," which ran for two seasons between 2009 and 2011.)

The original "Jersey Shore," which ran for six seasons between 2009 and 2012, is so beloved, it scored a 2018 reboot, "Jersey Shore: Family Vacation," and spawned several international knockoffs (the hugely popular British series "Geordie Shore," the Polish series "Warsaw Shore," Spain's short-lived "Gandía Shore," Mexico's "Acapulco Shore" and "Super Shore," which featured cast members from the various European shows), as well as "Floribama Shore," which debuted its third season in the fall of 2019. But our favorite "Jersey Shore" spinoffs are the ones centered around the original housemates: "Snooki & JWoww," which ran for four seasons between 2012 and 2015; "The Pauly D Project," which ran for a single season in 2012; and Vinny Guadagnino's short-lived 2013 talk show "The Show with Vinny." (In 2019, Vinny and Pauly D teamed up for the second season of the dating show "A Double Shot at Love." The first season, which aired in 2008 and 2009, featured The Ikki Twins — Erica "Rikki" Mongeon and Victoria "Vikki" Mongeon, who are both bisexual — and was itself a spinoff of "A Shot at Love with Tila Tequila.")

Alana "Honey Boo Boo" Thompson — the breakout star of "Toddlers & Tiaras," which ran for seven seasons between 2009 and 2016 — scored her own spinoff, "Here Comes Honey Boo Boo," in 2012. The TLC series came to an end in 2014 after four seasons. But the Thompson clan wasn't away for long: They returned to TV in 2017 with "Mama June: From Not to Hot," which chronicled matriarch Mama June Shannon's weight-loss journey and mission to find love. The fourth season debuted in early 2020. (Other "Toddlers & Tiaras" spinoffs include "Eden's World," which aired for a single season in 2012; "Little Miss Atlanta," which aired in 2016; and "Cheer Perfection," which ran for two seasons between 2012 and 2013.)

After TLC canceled "19 Kids and Counting" amid scandal in May 2015 following 10 seasons on the network, the older Duggar kids scored a series of their own. "Jill & Jessa: Counting On" debuted in December 2015. The spinoff, which was later renamed "Counting On" as it included other Duggar siblings and their families, aired its 10th season in 2019.

"The Surreal Life" launched the wave of D-list celebrity-centered reality shows that ruled the early aughts. After falling in love on the third season of "The Surreal Life," Brigitte Nielsen and Flavor Flav scored their own spinoff: "Strange Love," which ran for a single season in 2005. "Strange Love," in turn, spawned "Flavor of Love," the Public Enemy hype man's dating show that ran for three seasons between 2006 and 2008. The breakout star of that show, Tiffany "New York" Pollard, went on to star on two seasons of her own dating show, "I Love New York," in 2007 and 2008, as well as 2008's "New York Goes to Hollywood" and 2009's "New York Goes to Work." But that's not where the chain ends! Two of New York's suitors, Ahmad "Real" Givens and Kamal "Chance" Givens, starred on two seasons of the dating show "Real Chance of Love" in 2008 and 2009, while yet another of her former suitors, Frank "The Entertainer" Maresca, starred on the 2010 dating show "Frank The Entertainer in a Basement Affair." Meanwhile, several of Flavor Flav's castoffs appeared on 2007's "Charm School."

"Rock of Love with Bret Michaels," the Poison lead singer's dating show that ran for three seasons between 2007 and 2009, also gave us at least one notable spinoff: Season 2 runner-up Daisy de la Hoya starred on 2009's "Daisy of Love." (Former contestant Megan Hauserman starred on 2009's "Megan Wants a Millionaire," but her spinoff was canceled after just three episodes aired when one of her suitors was accused of murdering the woman he married after the series wrapped.) Bret returned to reality TV in 2010 with "Bret Michaels: Life as I Know It," which chronicled his health struggles and life on the road with his family. 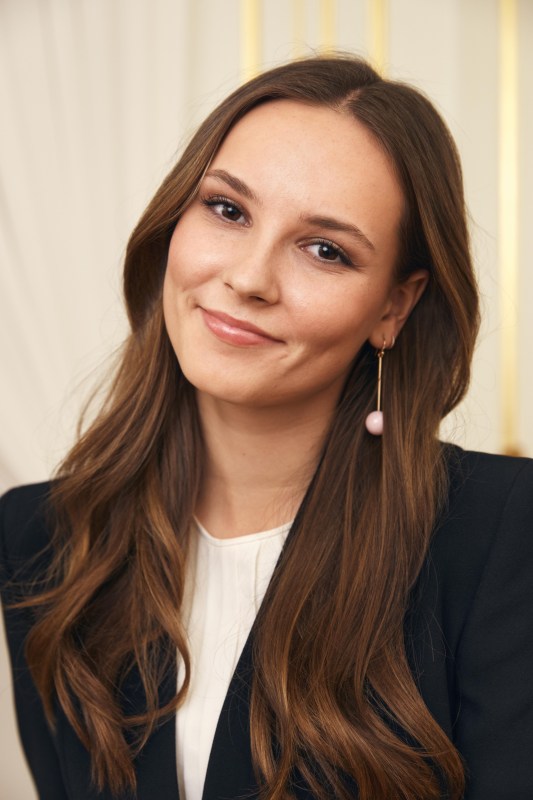