Tons of contestants have found love on "The Bachelor" and "The Bachelorette," but somewhat unsurprisingly, very few of the relationships have stood the test of time. Still, there are some happy endings — so far. Wonderwall.com is taking a look at the couples who've made it work against all odds, starting with these two! Attorney Rachel Lindsay had a devastating breakup with frontrunner Peter Kraus during her season of "The Bachelorette," but ultimately, she made the right choice: The Season 13 star and her top pick, chiropractor Bryan Abasolo, married at the Royalton Suites Cancún in Mexico on Aug. 24, 2019, two years after their season finale aired. Keep reading for more…

Though their relationship unfolded unconventionally — she made it clear she didn't want a proposal and actually tried to leave the show and end things — Colton Underwood convinced Cassie Randolph to stick it out. They're still going strong after Season 23 of "The Bachelor" wrapped up in early 2019.

When it came time for Arie Luyendyk Jr. to make a decision between Becca Kufrin and Lauren Burnham, things got pretty dramatic. He first proposed to Becca then decided to break things off with her (on camera!) and reach out to his second pick, Lauren, who took him back — then accepted his proposal on their season's "After the Final Rose" special in 2018. Despite their unconventional beginning, the two are still going strong. They married in January 2019 and welcomed their first child together, daughter Alessi, in May 2019.

On the Season 17 finale of "The Bachelor," Catherine Giudici and Sean Lowe decided they were going to spend the rest of their lives together. Their wedding was televised on ABC in January 2014 and they welcomed first son Samuel in July 2016, second son Isaiah in May 2018, and are set to meet baby No. 3 in December 2019. As for how they keep their relationship going strong, Sean told "Entertainment Tonight," "Part of our success comes from the fact that we're not the typical 'Bachelor' couple. We don't do a lot of the 'Bachelor' reunions and go and meet up — that's just not us. We live our own life and do our own thing, so we don't really feel that pressure and that's the way we like it."

Jade Roper and Tanner Tolbert found love in a hopeless place — on the second season of "Bachelor in Paradise"! Tanner proposed to Jade on the show and they had a televised wedding in early 2016. They welcomed their first baby in August 2017, daughter Emerson, and are expecting their second, a boy, in August 2019.

"The Bachelorette" stars have a better history of successful unions, so here's hoping Season 14 star Becca Kufrin and her top pick, Garrett Yrigoyen, are in it for the long haul! The couple's engagement, which came after Becca's heartbreaking split with Arie Luyendyk Jr. on the prior season of "The Bachelor," played out in August 2018 when her season concluded. Things are still going strong for the pair, who now live together in Southern California.

Carly Waddell and Evan Bass are the only surviving couple from the third season of "Bachelor in Paradise." And even though filming for Season 4 in 2017 was halted due to a big scandal, the couple still chose to wed in front of cameras during that run, with their nuptials airing when the show eventually premiered that summer. They made love after paradise work, welcoming daughter Isabella in February 2018. They're expecting baby No. 2 in November 2019.

Following an emotional goodbye with frontrunner Brooks Forester, Season 9 "The Bachelorette" star Desiree Hartsock gave her final rose to Chris Siegfried. The season ended in a proposal and the couple married in January 2015. They welcomed son Asher in October 2016 and son Zander in January 2019.

On the unforgettable "The Bachelor" Season 13 finale, Jason Mesnick proposed to Melissa Rycroft — then ended up changing his mind. On the "After the Final Rose" special, he and Melissa broke up and he asked runner-up Molly Malaney for a second chance. She accepted his apology and they got married in February 2010. They welcomed a daughter, Riley, in 2013.

Another "Bachelor in Paradise" success story? Kendall Long and Joe Amabile! The blonde beauty took part in Season 22 of "The Bachelor," but when she didn't find love with Arie Luyendyk Jr., she signed on for Season 5 of "Bachelor in Paradise" — and found a partner in Joe, who hadn't found love on Becca Kufrin's Season 14 of "The Bachelorette." This happy couple moved in together in Los Angeles in the spring of 2019. Here's hoping this one lasts.

Trista Rehn and Ryan Sutter found love on the very first season of "The Bachelorette" and are still going strong today. They tied the knot in a televised ceremony in 2003 and renewed their vows on an ABC special in January 2017. "It's an understatement to say I hit the jackpot," Trista told People magazine. "He is such a good person. He gets better with age." They have a daughter, Blakesley, and a son, Maxwell.

Raven Gates failed to find love on Nick Viall's Season 21 of "The Bachelor" and Adam Gottschalk didn't hit it off with Rachel Lindsay on Season 13 of "The Bachelorette," but when these two connected on Season 4 of "Bachelor in Paradise," it all made sense. The two got engaged in June 2019.

Sparks flew immediately between JoJo Fletcher and Jordan Rodgers on "The Bachelorette" Season 12, which led JoJo to reward Jordan with the first impression rose. The happy couple are still together today — three years into their engagement — but have yet to tie the knot.

Holly Durst, a competitor on Season 12 of "The Bachelor," and Blake Julian from Season 7 of "The Bachelorette," met on the short-lived spin-off "Bachelor Pad." On the season finale, Blake proposed to Holly and they married in June 2012.

We first met Jared Haibon (the Ashton Kutcher lookalike) on Season 11 of "The Bachelorette," and we were introduced to Ashley Iaconetti on Season 19 of "The Bachelor," but they didn't meet each other until Season 2 of "Bachelor in Paradise." Ashley developed a well-documented crush on Jared, but it seemed that they were destined to be just friends that season and the following, Season 3. It wasn't until 2018 that they finally became an official couple, and Jared popped the question that June during Season 5 of the show. Now they're looking forward to a summer 2019 wedding!

Season 7 "The Bachelorette" star Ashley Hebert found love with her final pick, J.P. Rosenbaum. They married in December 2012 in a televised ceremony on ABC. In September 2014, they welcomed a son, Fordham, and in November 2016, daughter Essex arrived. But everything's not exactly going smoothly, considering that Ashley and J.P. joined "Marriage Boot Camp: Reality Stars" in 2017 to work on their relationship. "Ashley and I still have some pretty significant relationship issues — still doubting whether we can make this work in our real lives," J.P. said on-camera. "'Boot Camp' has enabled us to realize that the problems that we have are maybe a little bit bigger than we had thought." But as of 2019, they remained married.

Chris Randone (who you might recognize from "The Bachelorette" Season 14) and Krystal Nielson (from "The Bachelor" Season 22) met on "Bachelor in Paradise" Season 5 and it seemed to be a match made in reality TV heaven. Both were coincidentally cast as the villain of their seasons, but they hit it off in Mexico and Chris popped the question that same summer. The two are now married and settled in San Diego. 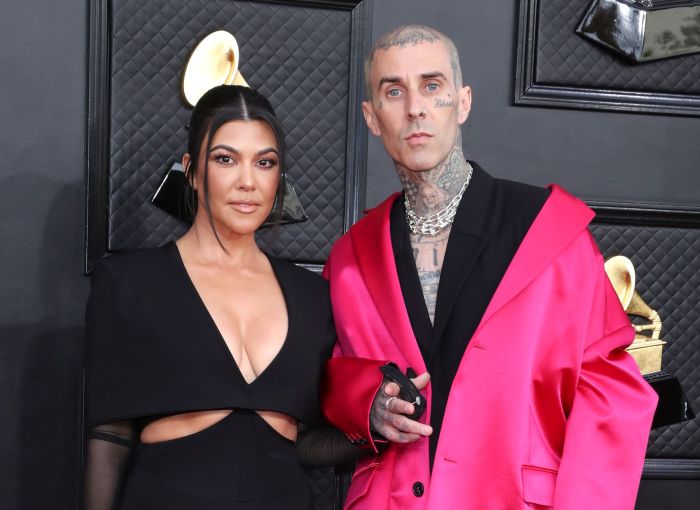