Seeing double? Some of your favorite reality stars bear a resemblance to some other famous faces, especially some former "Big Brother" contestants! In honor of season 24 debuting July 6, 2022, Wonderwall.com is rounding up some of the show and other reality staples' most uncanny look-alikes. First up? As soon as contestant Jack Matthews walked into the "Big Brother" season 21 house, his fellow houseguests were quick to point out his celebrity doppelganger — "Aquaman" star Jason Momoa!

Are "Big Brother" season 23 contestant Travis Long and "Outer Banks" actor Chase Stokes twins separated at birth? From the curly hair and similar haircuts to the same eyes and smile, these two could definitely play brothers on an episode of Chase's popular Netflix show.

On the left we have Michael Zegen, the actor who plays Midge's ex-husband, Joel Maisel, on the award-winning Amazon Prime Video series "The Marvelous Mrs. Maisel." And on the right we have… nope, it's not his twin brother! It's Bachelor Nation star Jason Tartick. The two men share similar brown eyes, widow's peaks, noses and chins!

Many "Below Deck Sailing Yacht" fans felt they'd seen Dani Soares before. But nope, the Brazilian beauty was new to the public eye when she joined the Bravo show — she just looks a lot like international music superstar Shakira!

Here's one you might not have noticed! Country singer Maren Morris bares a close resemblance to one of the queens of reality TV — Khloe Kardashian! Yep, both beauties share similarities when it comes to their hair, nose and lips — and a penchant for a good smokey eye.

They might not have much in common, but former reality TV star Derick Dillard of "Counting On" fame and NFL quarterback Aaron Rodgers share some serious similarities. From the eyes to the smiles, these two look surprisingly alike despite their drastically different backgrounds.

Can you tell these beauties apart? On the left we have Bird Bakery founder Elizabeth Chambers, Armie Hammer's soon-to-be-ex wife, and on the right we have "Selling Sunset" star Chrishell Stause. Their eyebrows, noses and smiles are nearly identical!

"The Bachelor" star Peter Weber's top pick (before he eventually dumped her), Hannah Ann Sluss, looks more than a little like a very famous face. Viewers were vocal about how much the model and actress-dancer Jenna Dewan look alike.

Islanders on season 6 of Britain's "Love Island" couldn't get over how much contestant Luke Mabbott looked like Justin Bieber, and neither could viewers! Luke, a Brit who came in third with partner Demi Jones, certainly does bear a striking resemblance to the Canadian pop star.

When "Love Island' contestant Megan Barton Hanson entered the villa during the British reality show's fourth season, islanders and viewers alike all marveled at her resemblance to actress Margot Robbie. Margot herself, an avid "Love Island" fan, weighed in on the comparisons, telling British outlet Metro, "I personally don't see the resemblance."

"Below Deck Mediterranean" deckhand Colin Macy-O'Toole happens to look like an award-winning actor! Check out his crazy resemblance to Eddie Redmayne — from their similar smiles to near-matching noses!

Some think that "The Real Housewives of Dallas" star Kameron Westcott is a dead ringer for Nicole Kidman. The blondes share a similar face and nose shape and, apparently, both love wearing hot pink!

"The Bachelorette" alum Jared Haibon (from Kaitlyn Bristowe's season 11) looks so much like Ashton Kutcher that even Ashton's famous wife, Mila Kunis, took notice and alerted her actor spouse to the crazy resemblance. Jared's been credited with getting the former "That '70s Show" star hooked on the popular reality series.

We've found another Property Brother! Yep, Harry Connick Jr. looks like he could be a secret sibling to "Property Brothers" stars Jonathan Scott and Drew Scott.

Here's an unexpected look-alike duo! Though there are nearly 20 years between the two, "The Real Housewives of Beverly Hills" star Kyle Richards looks a whole lot like country crooner Kacey Musgraves.

Kyle Richards' husband, Mauricio Umansky, also has a celebrity doppelganger — John Turturro. If Mauricio would just throw on a pair of glasses, it might be tough to tell them apart!

Are you "Flipping Out" over this pair of look-alikes? Former Bravo star Jenni Pulos definitely shares a few features with Julia Louis-Dreyfus.

"The Real Housewives of Orange County" alum Kelly Dodd looks like she could be a long-lost relative of dancer Cheryl Burke's.

Robby Hayes has popped up on several "The Bachelor" franchises from JoJo Fletcher's season 12 of "The Bachelorette" to "Bachelor in Paradise." But did you ever notice that he looks a lot like a certain comedic actor? The reality star shares features with Will Forte.

If "The Real Housewives of New York" scene stealer Sonja Morgan ever decides to cut her hair, we know which iconic actress she'll get mistaken for! Sonja looks a lot like the legendary Glenn Close.

Season 12 "The Bachelorette" star JoJo Fletcher reminded viewers of another famous face all season — Isla Fisher! Though there's a nearly 14-year age difference between them, the two could pass for sisters.

Both of these ladies have well-dressed alter egos, but there are even more similarities between "The Real Housewives of Beverly Hills" star Erika Jayne and "Schitt's Creek" star Catherine O'Hara! Do you see the resemblance? We think Erika could pass for a younger Catherine — too bad "Schitt's Creek" has wrapped! 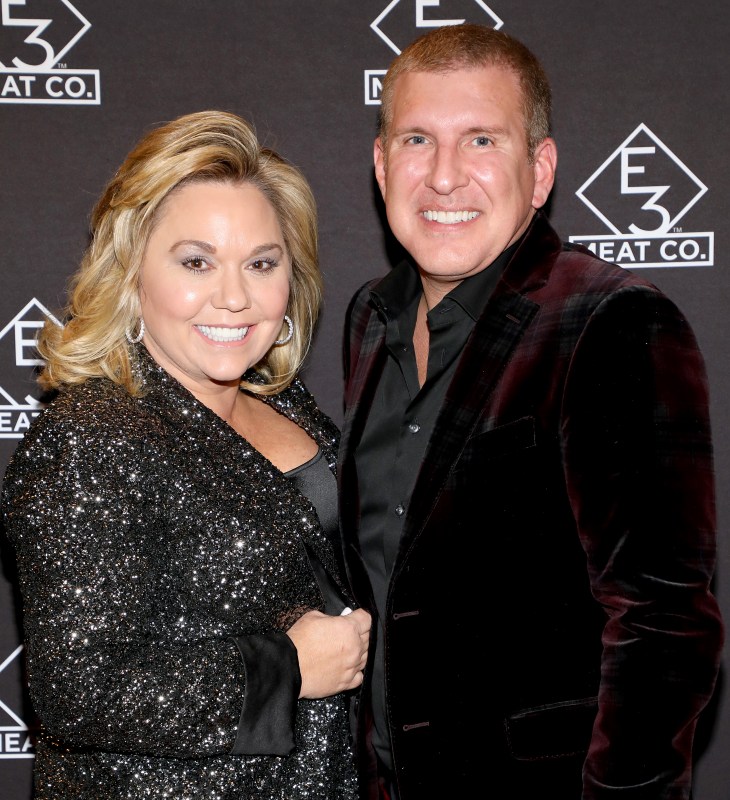 Up Next Family drama