"The Sopranos" is arguably one of the greatest TV shows ever to grace the small screen. The HBO crime-family drama, created by David Chase, aired from 1999 to 2007 and received 112 Emmy nominations and 21 wins. Jan. 10, 2019, marks 20 years since the show premiered on HBO, so to celebrate that anniversary, Wonderwall.com is taking a look at what the hit series' stars are up to today!

It was almost as if Tony Soprano was written for James Gandolfini, but that's not the case. James was chosen from a slew of other candidates to portray the iconic character of Tony Soprano, the head of the DiMeo crime family. Tony, disgruntled and commanding, runs New Jersey's organized crime scene with an iron fist.

James Gandolfini won three Emmys, three Screen Actors Guild Awards and a Golden Globe for Best Actor for his incredible performance as Tony Soprano. James unexpectedly died in 2013 at age 51 after suffering a heart attack in a Rome hotel just days before he was to receive an award at a film festival in Sicily. (He's seen here at a New York City acting benefit nine days before his passing.) After "The Sopranos," he appeared in a handful of films including "The Taking of Pelham 123," "Where the Wild Things Are" (as the voice of Carol) and "Killing Them Softly" with Brad Pitt and Ray Liotta, among others. Posthumously, James' film co-starring Julia Louis-Dreyfus, "Enough Said," hit theaters. His passion project, HBO's "The Night Of" — he was an executive producer — premiered in July 2016. James had been slated to star as John Stone, a part that, after his passing, went to John Turturro. James left behind two children: son Michael, who was born in 2000, and daughter Liliana, who arrived in 2012.

RELATED: Stars who made the leap from movies to TV

Following her time on "The Sopranos," Jamie-Lynn Sigler played herself on "Entourage" and had recurring roles on "Ugly Betty" and "Guys With Kids." In January 2016, Jamie-Lynn publicly revealed her secret 15-year battle with multiple sclerosis. The same month, she married husband No. 2, baseball player Cutter Dykstra. Their son, Beau Kyle, was born in 2013. The happy family expanded their brood in january 2018 with the arrival of son Jack Adam.

Edie Falco shrewdly depicted Carmela, the wife of Tony Soprano and the mother of Meadow and Anthony Soprano Jr. In the beginning of the series, she largely turns a blind eye to her husband's shady dealings. She eventually leaves Tony, but the two reconcile — proving her loyalty to her husband and dedication to the family.

Edie Falco won three Emmys, three SAG Awards and two Golden Globes for her performance as Carmela — and her career continued to soar after "The Sopranos" went off the air. She starred on Showtime's "Nurse Jackie" from 2009 to 2015 (and won an Emmy for her work as its titular addict) and on the online series "Horace and Pete" in 2016 alongside Steve Buscemi and Louis C.K. She also starred in 2016's "The Comedian" and had a role on 2017's "Law & Order True Crime." The breast cancer survivor, who was already a mom to son Anderson through adoption before "The Sopranos" ended, added daughter Macy to her family in 2008.

Michael Imperioli's performance as Christopher Moltisanti earned him an Emmy for best supporting actor in a drama series. Following his time on "The Sopranos," Michael proceeded to work regularly. He's had recurring roles on TV shows like "Californication," "Hawaii Five-O," "Lucifer" and Amazon's "Mad Dogs." You can catch him next on the History Channel's "Project Blue Book." Michael has been married to wife Victoria Chlebowski since 1995. They share three children.

No character on "The Sopranos" needed a psychiatrist more than Tony Soprano, and Lorraine Bracco's character, Dr. Jennifer Melfi, filled that role. Tony and Dr. Melfi had a very close and somewhat twisted doctor-patient relationship. Dr. Melfi was the only person who truly knew the inner workings of the mob boss. At the end of the series, she eventually decides to stop counseling Tony.

After "The Sopranos," Lorraine Bracco took on the role of Angela Rizzoli, a main character's mom, on the crime show "Rizzoli & Isles," which aired from 2010 to 2016. More recently, she starred on CBS's "Blue Bloods" from 2017 until 2018. Outside of acting, in 2015, she chronicled her 35-pound weight loss in her diet and lifestyle book, "To the Fullest: The Clean Up Your Act Plan to Lose Weight, Rejuvenate, and Be the Best You Can Be." Lorraine has two adult children: daughter Margaux with first husband Daniel Guerard, and daughter Stella with former boyfriend Harvey Keitel.

Paulie "Walnuts" Guiltier is a capo who progresses to underboss in the DiMeo crime family. He's one of Tony's right-hand men and is recognized as a top earner. Paulie is a colorful, boorish character with his own set of paranoia and anxiety problems.

Tony Sirico has had a few notable roles following "The Sopranos." The former real-life criminal did a brief stint on the show "Lilyhammer," which starred his "The Sopranos" colleague Steve Van Zandt. He's also voiced multiple characters on "Family Guy" and acted in "Friends and Romans" in 2014 as well as in Woody Allen's 2016 film, "Cafe Society." Little is known about his personal life.

Drea de Matteo played Adriana La Cerva, Christopher Moltisanti's girlfriend and eventual fiancée. She hails from a mafia family and is very well-versed in the mob lifestyle. Toward the end of the series, Adriana is used by the FBI as an informant and is subsequently killed by one of Tony's hitmen.

In 2004, Drea de Matteo won an Emmy for best supporting actress for her portrayal of Adriana. Since "The Sopranos," Drea's career has continued to flourish — although she's never landed as tailor-made a role as Adriana. She acted in the "Friends" spin-off "Joey," which lasted two seasons. From there, she played Angie Bolen on "Desperate Housewives" from 2009 to 2010 and Wendy Case on "Sons of Anarchy" from 2008 to 2014. She played Tess Nazario on "Shades of Blue" from 2016 to 2018. Drea shares two children with her former fiancé, musician Shooter Jennings: Alabama Gypsyrose, born in 2007, and Waylon Albert "Blackjack," born in 2011. In 2015, she and Whitesnake bassist Michael Devin got engaged, but they have yet to tie the knot.

Robert Iler portrayed Tony Soprano's son, Anthony Soprano Jr. Throughout the show, Anthony and his father never see eye-to-eye. He is viewed as an underachiever in the family and is sent to military and private school. A.J. continues to experience periods of the doldrums followed by bad luck.

After life as A.J. Soprano, Robert Iler booked a few TV appearances before settling into life as a professional poker player in Las Vegas, where he currently resides.

Steven Van Zandt played Silvio Dante, a member of the DiMeo crime family and part owner and manager of the mafia-run nightclub Bada Bing. He's a no-nonsense guy who's well-trusted by Tony.

Despite playing Silvio on "The Sopranos," Steven Van Zandt has always chiefly been known as a musician. Steven is the guitarist in the E Street Band alongside Bruce Springsteen and has produced multiple albums. In addition, Steven also hosts and programs for the Underground Garage radio channel on Sirius XM. From 2012 to 2014, he starred on the TV series "Lilyhammer" as Frank Tagliano. More recently, he could be seen in the 2018 Netflix Christmas film "The Christmas Chronicles." Steven's been married to actress Maureen Van Zandt, who played his wife on "The Sopranos," since 1982.

Janice Soprano is Tony's sister. She's constantly frazzled and finds herself on many dead-end paths throughout her character's trajectory. Tony and Janice have a particularly tense sibling relationship. She eventually marries Bobby Baccalieri, one of the capos in Tony's crew.

Aida Turturro has played a recurring role on "Law and Order: Special Victims Unit" since 2013 and has previously appeared on "Brooklyn Nine-Nine," "The Night Of" and "Grey's Anatomy," among other shows. Her personal life remains under wraps.

Steve Schirripa continued on with his acting, landing roles on "The Secret Life of the American Teenger" and "Benders." Additionally, Steve is an author who's published books including "A Goomba's Guide to Life" and "Big Daddy's Rules." In 2014, he came out with a well-received line of organic pasta sauces, which are bottled on New York's Long Island, called Steve Schirripa's Uncle Steve's Italian Specialties. These days, you can catch him on "Blue Bloods," a show he joined in 2015. He's been married to Laura Lemos, the mother of his two girls, since 1989. 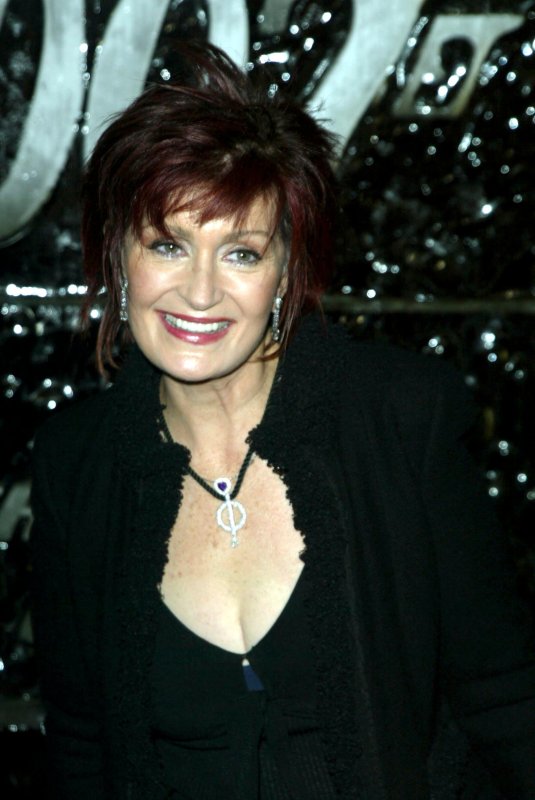