The Billboard Music Awards are a super-fun event that brings out chic and wild fashion from music's biggest stars. Wonderwall.com is taking a look at the most talked-about outfits of the night — the ones that looked as beautiful as can be and those that had us scratching our heads. We kick off the list with Jennifer Lopez, who, from the waist up, looked perfect. Below that? Not so much. The 48-year-old singer wore a Roberto Cavalli top unbuttoned to expose a matching bra atop a leather wrap skirt by the same designer at the BBMAs on May 20, 2018. To top it off, she donned thigh-high matching (and unflattering) Casadei boots.

Jennifer Lopez looks fierce and fabulous in this matching blouse and bra set. If only she hadn't paired it with that skirt and those boots!

RELATED: Fashion hits and misses from the 2017 Billboard Music Awards

Being single looks good on Jenna Dewan! The "World of Dance" host and mentor stunned in a black strapless leather bustier minidress with fringe detail by Zuhair Murad.

Demi Lovato was overwhelmed in leopard print at the Billboard Music Awards. The three-time nominee hid her fit figure in this fashion flop at the Las Vegas award show.

Mila Kunis' look at the Billboard Music Awards fell a bit flat. Her new, dramatic and dark bangs — get a closer peek next — made her look like a completely different person. And while her David Koma dress was fine, it just didn't do much for the beautiful actress and mother-of-two.

Mila Kunis debuted her brand-new haircut on the BBMAs red carpet. She paired the new look with extremely dark eyeshadow and strong brows.

Kesha dressed more for a Nashville award show than a Las Vegas one. For her Billboard Music Awards outfit, the singer strangely chose a beaded Western-inspired dress topped with a floral fringed kimono and accessorized with cowboy boots and a wide-brimmed hat. It was all just too much!

Kelly Clarkson absolutely stunned on the Billboard Music Awards red carpet. The host of the show looked radiant in a black long-sleeved belted gown with a thigh-high slit and killer strappy heels. But perhaps the mom-of-two's best accessory was the giant smile on her face.

While Dua Lipa's dramatic hair, makeup and accessories were on-point, the singer's purple Alexandre Vauthier dress was also a lot. The giant bow at the waist was particularly distracting!

Khalid's outfit looks like a rapper and a science teacher decided to share clothes. The 20-year-old singer bizarrely paired an orange plaid blazer with a hoodie underneath.

Taylor Swift walked her first red carpet in two years and looked like a princess doing it. The 28-year-old singer was absolutely radiant as she arrived at the MGM Grand Garden Arena in Las Vegas in this pink, sparkly gown by Versace. Let's see it from another angle next…

Here's a closer look at the beautiful embellishments all over the bodice of Taylor Swift's ethereal pink dress.

Frankie Grande is known for his wild red carpet outfits and this look was no exception. Ariana Grande's brother wore a perfect Vegas tux on top but in true Frankie fashion paired it with short shorts and flashy sneakers below.

Christina Aguilera's BBMAs look is a bit perplexing. The singer, who performed "Fall in Line" with Demi Lovato at the show, wore this ultra-conservative black pinstriped dress on the red carpet. To top it off, the dress had an illogical super-long train.

Of course Patrick Starr would walk the Billboard Music Awards red carpet dressed as a giant flower. While it was definitely extra, we have to give the YouTube makeup star credit for being ultra-inventive with this unique look.

Derek Hough looks sharp once again! The "World of Dance" host paired a light-blue leather jacket with dark blue pants — which made his baby-blue eyes pop! The casual and cool look is a total win in our book.

Erika Jayne's dress at the BBMAs was a bit of a bore. The outrageous singer and "The Real Housewives of Beverly Hills" star looked surprisingly tame in her black mini and blue pumps. We expected so much more!

Alyson Stoner is all grown up! However, the 24-year-old former Disney Channel actress and singer tried too hard to prove she's not a little girl anymore with this open-chested purple blazer.

Prince Jackson didn't dress up — at all — for the Billboard Music Awards. The late Michael Jackson's son merely wore a white T-shirt paired with jeans, a look far more fitting for running errands than an award show!

Camila Cabello looked fierce in a black column dress with a white fringed skirt. The asymmetrical waistline and bow looked age-appropriate and fun, but the best part of all was when she twirled… see her in motion next!

Camila Cabello's gown flew when she spun around on the red carpet. The 21-year-old, who was nominated for four awards, couldn't have looked happier!

Olympic gold medalist Chloe Kim, who's only 18, aged herself with this dress — a white single-sleeved printed mini with strange ruffles that failed to resonate on the red carpet.

Padma Lakshmi was very on-trend with her thigh-high slit! The "Top Chef" judge looked positively radiant in this slinky, sparkly metallic gown. Let's get a closer look at the bodice next…

Z LaLa can always be counted on to push fashion boundaries. The 25-year-old singer wore an out-of-this-world gold twisted number that would truly only work on her.

Janet Jackson's Billboard Music Awards outfit was perfect for the show! The 52-year-old singer paired a white T-shirt with a large off-white tulle skirt and brown belt. The risky look paid off — she looked youthful and effortlessly cool!

Alison Brie's dress looked more like lingerie than a chic, red-carpet-ready frock. To make matters worse, she paired the Giambattista Valli minidress with bangs that desperately need a trim.

Nick Jonas' red button-down shirt at the BBMAs appeared to have something missing. The black stripe down his chest looked more like half a set of suspenders!

While former Fifth Harmony star Normani certainly looked beautiful, her dress was a wardrobe malfunction waiting to happen. The 21-year-old's gown was super-revealing and might have benefited from some lining underneath.

Bebe Rexha went all-out for the Billboard Music Awards in a remarkably elaborate dress by Christian Siriano. Paired with a bleached-blonde topknot, the look was out of this world and overwhelming even for a Las Vegas red carpet.

Julia Michaels looked like a radiant bride in this Morphew dress on the Billboard Music Awards red carpet. The 24-year-old singer completed her look with delicate jewelry from Stefere. 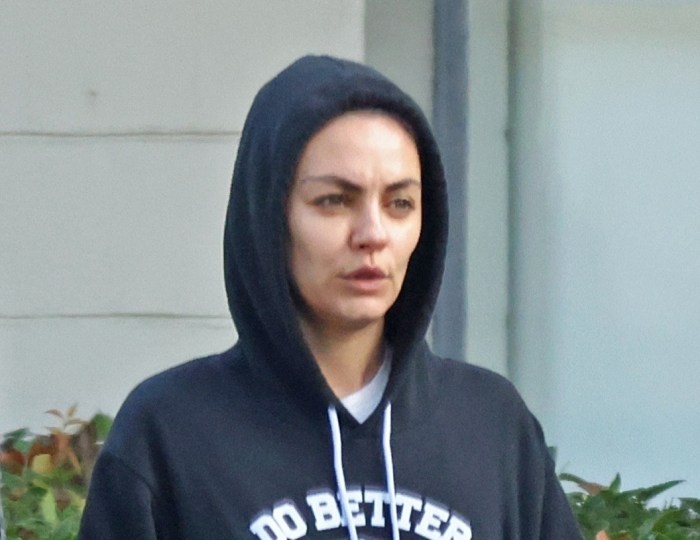