The best time of the year to marvel at celebrity beauty is always awards season. When the stars get red carpet ready for the biggest award shows of the year, their hair and makeup are (almost) always on-point. Since the season is in full swing, we're taking a look at the best and worst beauty looks so far, starting with Katy Perry. Though her dress wasn't a hit, Katy's beauty look was a perfect 10 at the 2017 Grammys. The superstar flawlessly pulled off the difficult combination of sophisticated, precise makeup with messy, wild hair while simultaneously showing off her new blond locks. A+, Katy! Keep reading for plenty more of the best and worst beauty looks…

For the People's Choice Awards, Jennifer Lopez went with warm-toned makeup, but it was her slicked-back, center-parted hairstyle that we really loved.

RELATED: Fashion hits and misses at the 2017 People's Choice Awards

Jennifer Lopez's sleek updo wasn't visible from the front, but from the back, her pretty, straight and super-long ponytail was a stunning look.

Yikes! Many thought Sarah Jessica Parker's updo at the 2017 Golden Globe Awards was an homage to the late Carrie Fisher's Princess Leia, but SJP told reporters it was based off of a hairstyle her mother once wore. We may have given it a pass if it was a sweet "Star Wars" star tribute, but on its own, this hairstyle was just a mess. And those makeup hues weren't much better.

Though we didn't love her Golden Globes dress, we adored Priyanka Chopra's Globes hair and makeup. The "Quantico" star rocked a wavy center-parted hairstyle with a pretty crimson lip on the big night.

A red lip? Always a classic. A red lip paired with a red dress? Even better. Nina Dobrev exemplified this classic combo at the InStyle and Warner Bros. Golden Globes afterparty.

Felicity Jones' pink lip paired perfectly with her dress of a similar hue at the Golden Globes. We also loved the star's fringe and cute updo on the red carpet.

All hail Queen Adele! The star stuck to her trademark beauty look and turned heads on the Grammys red carpet. With a pretty, loose updo, pink lip and her signature winged eyeliner, the star delivered one of the prettiest looks of awards season.

Maisie Williams taught us a beauty lesson at the SAG Awards — don't combine a dark lip with thick, overdrawn eyebrows.

Long, wavy and free was the hair theme of the 2017 Grammys! Rihanna exemplified the trend, rocking a center part and letting her waved locks hang loose. Her smoky eye and nude lip were a great complement to the casual hairstyle.

Electric blue on the eyes? Maybe that's okay on Halloween, but not on a red carpet, Diane Kruger! The star's inner upper lids were lined in a bright blue hue at the InStyle and Warner Bros. Golden Globes afterparty, and while we appreciate that she kept the rest of her beauty look simple, we still can't get behind that makeup choice.

The only thing better than Lily Collins' Zuhair Murad ball gown? Her hair and makeup! The star matched her rosy-hued eyeshadow to her gown and then went with an unexpected red lip at the Golden Globes. For her updo, she went with the exact opposite of a messy bun — let's take a closer look!

Lily Collins' intricate bun included artfully constructed braids and curls, serving as a nice departure from the classic updos on the red carpet during awards season.

Chrissy Teigen's Grammy hair was a major disappointment, as she opted for that just-washed look. Her curls appeared wet and stringy, which contrasted with her polished nude lip and warm-toned makeup.

Tinashe tried the all-over bold eyeshadow trend at the Grammys. The singer pulled off her attempt, opting for a more subtle bronze shade while keeping the rest of her makeup subdued.

An updo that didn't work on the red carpet? Jodie Sweetin's puffy People's Choice Awards hairstyle. The star rocked this messy, wild and unfortunate 'do, which ended in a chunky braid.

A dark lip always makes a statement, and Ruby Rose's pretty pout did just that at the People's Choice Awards. The stunning star donned a super-dark plum lip at the event, which contrasted with her orange pantsuit.

Kendall Jenner showed how to pull off a topknot on the red carpet at NBCUniversal's Golden Globes afterparty, rocking the typically casual style along with her ball gown. We loved the look with her simple nude lip and bronze makeup.

Maren Morris got the Grammys wavy hair memo, keeping her brown locks down and parted in the center. For makeup, Maren donned a pale pink lip, and while we loved the rest of her beauty look, those false eyelashes were so intense that they were distracting.

Hailey Baldwin's fresh-out-of-the-shower hair was not cutting it for us at the InStyle and Warner Bros. Golden Globes afterparty. Though we liked the model's rose-hued lip and eye color selection, the messy hairstyle solidified this beauty look as a miss.

Pearls nestled into a chic updo? Yes, please! Janelle Monae had our favorite hairstyle of the night at the Golden Globes.

Natalie Portman did not shy away from color at the Golden Globes. The star selected a hot pink lip to go with her bright yellow dress and we appreciated her bold beauty choices.

Although Paris Jackson looked perfectly age-appropriate and stunning with minimal makeup on at the 2017 Grammys, it was her hair that threw us for a loop. Her wild and frizzy short locks distracted us from what was otherwise a super-simple and polished beauty look.

Another messy-hair offender on the red carpet! Drew Barrymore's strawberry blond hair at the Golden Globes looked too unkempt for an awards show.

Reese Witherspoon kept things classic and simple at the Golden Globes, going with a pretty pink lip, a smoky eye and an updo for a surefire beauty hit.

Maria Menounos' rosy cheeks and pink lip were a hit at the InStyle and Warner Bros. Golden Globes afterparty. From the front, her hair looked like a typical bun, but you've got to see it from the back…

Maria Menounos' updo seemed simple from the front, but from the back you can see the intricate braiding going on that resulted in a funky, unexpected hairstyle moment.

Blake Lively's beauty look was on-point at the People's Choice Awards. The star's bronze and pink makeup combination was a hit and her simple and straight hair provided a good frame.

Michelle Williams went with warm-toned makeup at the Golden Globes, resulting in a beauty look that was as great as her accessory choice (we loved the choker!). We adored the simplicity of the pink lip with her sleek, subdued platinum hair.

We almost have to give props to Sarah Hyland for this hair shape. How was it even achieved? The bizarre wave that Sarah's bob was shaped into was not our favorite look of the night at the InStyle and Warner Bros. Golden Globes afterparty. So that hairstyle plus the overdone lip liner and odd shadow underneath the eyes? It all equals a gigantic miss in our book.

Though we loved Amandla Stenberg's new shaved-head look, her eye makeup at the InStyle and Warner Bros. Golden Globes afterparty was a miss. Amandla opted to rim her eyes in red shadow to correspond with her red dress, and the look didn't pan out.

Candace Cameron Bure's overly coiffed 'do was one of the more unfortunate beauty looks at the People's Choice Awards. The star's bob was styled with extra (and uneven) volume, and we just were not fans.

Sophie Turner is one of our favorite up-and-coming style stars, and her beauty looks rarely disappoint. The "Game of Thrones" actress went with a severe smoky eye while keeping the rest of her makeup subdued at the Golden Globes, resulting in a flawless look.

Though we weren't feeling that collar on her dress, we did appreciate Jennifer Lopez's beauty look at the 2017 Grammys. Her sleek hair parted in the center was impressively straight, and we liked the way her makeup artist opted for a salmon-colored lip rather than a matchy-matchy lilac like her dress.

Kerry Washington's SAG Awards beauty look blew us away. We loved the combo of her sleek, straight hair, pink lip and onyx eyeshadow — the perfect level of red carpet glamour.

Snooze! Michelle Williams bored us with her BAFTA Awards beauty look, keeping her makeup extremely minimal save for a simple rosy lip. That might have worked with a more exciting hairstyle, but since she kept her bob sleek and straight like she has throughout award season, we expected more.

Thandie Newton's vamped-up BAFTA Awards look is one of our favorites of the season. The actress went with the perfect combo: a sultry dark lip and straight tresses for a glamorous red carpet look.

At the 2017 Grammys, Elle King sported makeup in pale pink hues, but her hairstyle distracted us from the positive parts of her beauty look. That flower crown killed what was an otherwise soft and feminine effort.

Sophia Bush experimented with the latest eyeshadow trend at the SAG Awards, opting for hot pink around her eyes. We have to say, compared to most of the stars who've tried out this trend, we liked her attempt, especially since the color corresponded to her dress. 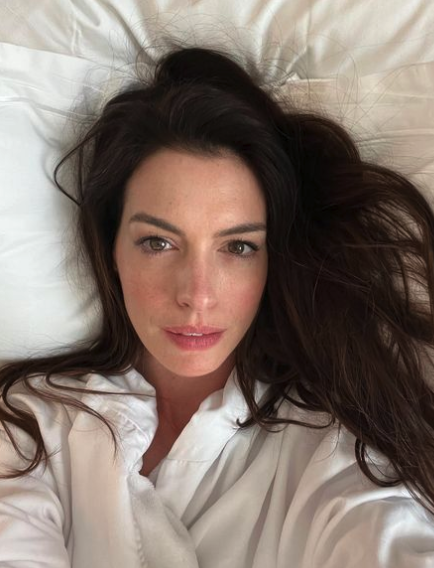