The annual American Music Awards celebrate the best of the best when it comes to superstar talent and musical artistry. The 2017 ceremony airs on Nov. 19 and this year's show features quite a few newcomers to the AMA scene. Wonderwall.com rounded up some interesting facts about 2017's first-time nominees, starting with 24-year-old Chance the Rapper. Chance has managed to dominate the charts without ever signing to a record label! His chart-topping hits such as "No Problem" and "Angels" have all come from his streaming-only mixtape, "Coloring Book." The Chicago rapper — who took home three Grammys in February, including one for best new artist — credits the 2015 birth of his daughter, Kensli, for inspiring much of the successful album. He's nominated for collaboration of the year and favorite rap/hip-hop song at the AMAs.

Though Halsey's been making music for years, the 23 year old is relatively new to the mainstream music world. The "Now or Never" singer, who's been an advocate for mental health since being diagnosed with bipolar disorder at 17, first gained a following by self-releasing her music on Soundcloud. In 2017, she released her first No. 1 album. Halsey is up for collaboration of the year and favorite pop/rock song at the 2017 American Music Awards.

RELATED: One-hit wonders: Where are they now?

Donald Glover might be best known for his Emmy-winning TV show, "Atlanta," or his role as Troy on NBC's "Community," but the 34-year-old entertainer is also a successful singer and rapper. Performing under the stage name Childish Gambino, Donald released his most successful album yet, "Awaken, My Love!," in 2016. The "Redbone" singer revealed in 2017 that he feels his music career is no longer "necessary" and his next album might be his last, breaking the hearts of fans everywhere. Donald is nominated for favorite male soul/R&B artist and favorite soul/R&B album at the 2017 AMAs.

DJ Khaled has been slaying the hip-hop scene for years, but it wasn't until the release of his most recent album, "Grateful," that he garnered his first AMA nominations — best collaboration of the year and favorite rap/hip-hop song. The 41-year-old producer, who welcomed adorable son Asahd with his fiancée in 2016, was finally able to collaborate with Rihanna on the album after trying for several years. "Seven, eight years I've been trying to do this," Khaled told Entertainment Weekly. "I always put the kites out there that I wanted to work with her. I was always getting the right record ready [to] see if something comes back that's possible."

Crowds have been turning up to DJ Snake's music since the single "Turn Down For What" was released in 2013. The French producer released his first studio album, "Encore," in 2016 and has now earned himself an AMA nomination for favorite electronic/dance music artist. The 31 year old loves making music, but admits he's no fan of his stage name (his real name is William Grigahcine). "When I started DJing, everyone called me 'Snake' in my city first," he told Forbes in 2013. "I was like, 'DJ Snake, okay let's go for it.' The name sucks, but it's too late now."

After achieving stardom with hits such as "Wasted," Gucci Mane's career was derailed by legal troubles: In 2016, he was released from prison after serving two years on federal drug and gun charges. The Atlanta rapper has since turned his life around, dropping 50 pounds, marrying model Keyshia Ka'Oir and starring in his own reality TV show on BET. Gucci, who's nominated for favorite rap/hip-hop song for his collaboration with Rae Sremmurd, credits the difficulties of prison for motivating his new lifestyle. "The day that I got arrested and stopped doing drugs, eventually it started to dawn on me that [I] had to start taking better care of myself before I [wind] up back in the same situation," he told REVOLT in 2016.

British singer James Arthur got his start as the Season 9 winner of "The X Factor UK" in 2012 but was soon marked by a series of controversies and Twitter meltdowns that derailed his career. Now, the 29-year-old crooner is back with new album, "Back From the Edge," and a new artist of the year nomination at the 2017 AMAs. James addressed his past in a recent interview with Billboard, blaming drugs for his erratic behavior. "I quickly realized that smoking the amount of weed I was smoking and taking the pills I was taking was not helping," he said. "I decided to help myself, reconnect with friends and family who I'd previously stopped talking to to try to cope with it all by myself."

Country singer Jon Pardi has built quite a career for himself working with the likes of Dierks Bentley and Alan Jackson. The California native, who's nominated in the favorite country song category, released his second album, "California Sunrise," in 2016. "You never know where it's going to go until you go, and you're never going to know if you don't go," Jon told reporters at the CMAs. "I always said that when I drove [to Nashville] from California, I said, 'Man, it's going to be a crappy ride back.' …It's so amazing to be sitting here finally."

Julia Michaels began her career writing for music stars such as Demi Lovato, Fifth Harmony, Hailee Steinfeld and Gwen Stefani before breaking out on her own as an artist. The 24 year old released her double-platinum debut single, "Issues," in January 2017 and hasn't slowed down since. The singer-songwriter is nominated for new artist of the year at the 2017 AMAs.

R&B singer Kehlani is known her sultry sounds and distinctive lyrics, which earned her a 2017 AMA nomination for favorite female soul/R&B artist. After a rollercoaster year in 2016 marked by online harassment, a public breakup with NBA star Kyrie Irving and a suicide attempt, Kehlani has once again found happiness thanks to the success of her January 2017 album, "SweetSexySavage," and new girlfriend Shaina Negron.

Khalid is only 19 years old, but he's already achieved enormous success. The R&B singer released his first album, "American Teen," in March. His debut single, "Location," was certified platinum in May. The teen's music first gained widespread attention after Kylie Jenner posted a three-second Snapchat video of herself dancing to "Location." "I don't know her [personally], but if I did, I'd thank her," he told Noisey. "That was when I realized 'Oh, it's not just my friends [listening].'" He's nominated for favorite soul/R&B song at the 2017 American Music Awards.

Maren Morris's career began in 2005 with the release of her debut album, "Walk On," but it wasn't until the release of her self-titled five-song EP a decade later in 2015 that she achieved mainstream success. Now a bona fide country music star, Maren — who released a full-length album, "Hero," in 2016 that hit No. 1 on the Top Country Albums chart — is nominated for favorite female country artist at the 2017 AMAs, newly engaged to fellow country music artist Ryan Hurd, and she just wrapped up a world tour with Keith Urban!

Migos gained widespread attention when Donald Glover shouted out the group during the 2017 Golden Globes, but the "Bad & Boujee" rappers have been dominating the hip-hop scene for years. Starting with 2013's "Versace," members Takeoff, Offset and Quavo have built prominent careers for themselves and that success has begun to trickle down into their personal lives as well. Offset, who's nominated along with Takeoff and Quavo for favorite rap/hip-hop artist and favorite rap/hip-hop album at the AMAs this year, recently celebrated his engagement to unfiltered breakout rapper Cardi B.

Niall Horan first achieved superstardom with boy band One Direction, releasing five No. 1 albums, performing on four world tours and winning numerous awards — including seven American Music Awards. But Niall's 2017 AMA nods are his first as a solo artist: The Irish singer has released three singles from his debut album, "Flicker." The "This Town" singer is not only celebrating a new artist of the year AMA nomination but also his status as a "very single man" (his words) after recently shutting down rumors of a relationship with Australian model-actress Olympia Valance.

Post Malone's single "White Iverson" was the unexpected hit of summer 2015, peaking at No. 14 on the Billboard Hot 100 and garnering over 450 million views on YouTube. In 2016, the New York rapper released two projects — a mixtape plus the studio album"Stoney" — and in 2017 gave the world "Rockstar," the first single off his upcoming project "Beerbongs & Bentleys." He's also earned himself a new artist of the year AMA nomination. "I'm an American bada–. At 40 years old, I'm gonna be a country singer. That's down the line," he told Fader of his ambitions.

Quavo might have started his career as a member of hip-hop group Migos, but the Georgia rapper has since branched out. He's been featured on four singles that have peaked in the top 10 on the Billboard Hot 100 chart and recently revealed that a collaboration album may be in the works with rapper Travis Scott. The "I'm the One" rapper, who ended a rumored relationship with actress Karreuche Tran this year, is nominated for collaboration of the year and favorite rap/hip-hop song at the 2017 AMAs.

Hip-hop duo Rae Sremmurd came onto the scene with the release of their single "No Flex Zone" in 2014. Slim Jxmmi and Swae Lee, who are brothers, have since released a slew of singles including platinum hits "Black Beatles" and "No Type." Today, the pair are enjoying their success with a new artist of the year AMA nod and another nomination for favorite rap/hip-hop song. "We dropped a lotta heat in a short period," Swae Lee told The Guardian. "It was an epidemic — like, the world started doing it and putting our song behind it." 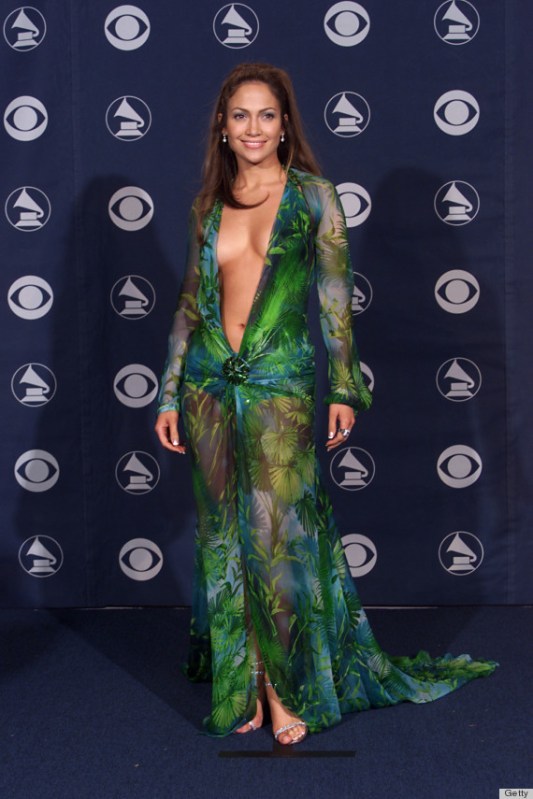