The Met Gala is the equivalent of the Oscars in the fashion world. And just like at the Academy Awards, the stylish elite like to take glamorous dates along for the night. See which stars paired up at the 2017 Met Gala on May 1, starting with Jennifer Lopez and Alex Rodriguez, who made their red carpet debut as a couple at this year's gala. Keep reading to see more of our favorite duos from the night…

RELATED: Fashions hits and misses from the 2017 Met Gala

"It" couple Selena Gomez and The Weeknd arrived hand-in-hand to the 2017 Met Gala. Selena rocked an embellished slip gown by Coach designer Stuart Vevers. Selena, the new face of Coach, said of the look, "The minute I met Stuart I knew he understood me and how I view fashion. I have absolutely loved collaborating with him and can't wait for everyone to see the upcoming campaign and piece we worked on together."

Hannah Bagshawe and Eddie Redmayne arrived at the Met Gala looking dashing. They're always so cute together!

Pharrell Williams and wife Helen Lasichanh brought serious Comme des Garcons vibes to the Met Gala red carpet. Pharrell, a co-chair for this year's event, rocked the brand's jeans with a red flannel and studded jacket while Helen — who walked her first red carpet since giving birth to triplets a few months ago — wore an outside-the-box Comme des Garcons jumpsuit.

Matt Damon and wife Luciana Barroso, both in Versace, enjoyed a date night at the 2017 Met Gala.

All hail the chicest couple ever! Chrissy Teigen rocked a custom black-and-white embroidered floral-and-lace Marchesa gown, while John Legend killed it in a white tux.

The ever-so-chic Kate Bosworth arrived in a beautiful black gown with her director husband, Michael Polish, by her side.

Hot couple Diddy and Cassie made quite the entrance at the Met Gala. Cassie stole the spotlight in a lavish On Aura Tout Vu gown, while Diddy — who took a break and let Cassie shine — rocked Rick Owens.

Rock progeny Frances Bean Cobain and her grunge icon mama, Courtney Love, appeared as a mother/daughter duo on the red carpet twinning in elegant Marc Jacobs gowns. Courtney was one of the faces of the designer's Fall 2016 campaign while Frances has been a muse of Marc's for his Spring 2017 collection.

Kylie Jenner drew a lot of attention in her custom Versace semi-sheer nude-colored outfit and platinum bob. She walked with the legendary Donatella Versace herself.

Madonna commanded her 2017 Met gala look — an army-chic Moschino by Jeremy Scott ensemble — alongside the designer himself.

Mary-Kate Olsen and Ashley Olsen stayed true to their bohemian, vintage roots but still channeled the spirit of Comme des Garcons as they attended the 2017 Met Gala side by side.

A Vogue match made in heaven! Anna Wintour's daughter, Bee Shaffer, posed with her fiance, Francesco Carrozzini — the son of late Vogue Italia editor-in-chief Franca Sozzani — at the 2017 Met Gala.

Rapper Future and English model Jourdan Dunn looked fresh and polished as they posed together in custom H&M ensembles on the 2017 Met Gala red carpet. 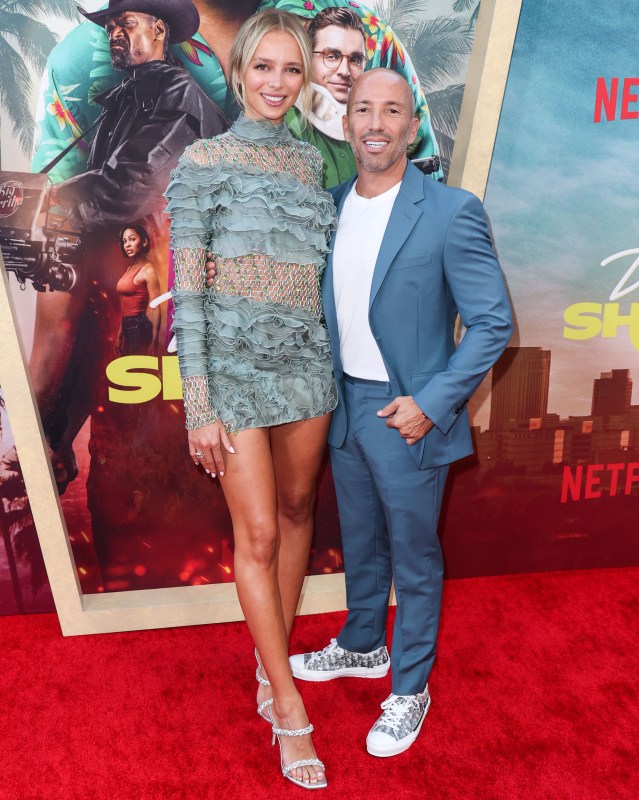