The 2018 award season is well underway with stars gracing red carpets with glamorous looks and entertaining interviews. Wonderwall.com caught up with some of this season's A-list leading ladies and most lauded men at the Critics' Choice Awards on Jan. 11. Keep reading to see what your favorite actors and actresses had to say…

"She loves me. She loves me unconditionally. Only she knows just how crazy I am. I've done a relatively good job at fooling most everyone else into thinking I'm a decent human being but my wife actually knows that I have a strong streak of douche-baggery and she accepts me anyway. So the fact that I get unconditionally loved 24/7 by Ryan Michelle Bathe makes her wingwoman of the year."

RELATED: The "This Is Us" cast before they were famous

"I think these characters warrant more exploration and that became apparent when so many people were asking us what happens next, and that's a fantastic opportunity for us to be in. It doesn't ride just on the thriller aspect of the series. It actually is based in character and people are interested in these relationships and these women and where they go."

Margot Robbie on playing Tonya Harding in "I, Tonya":

"She's very unapologetic about who she is and very willing to call out unfairness when she saw it and I think there's something quite admirable in that. It was a brilliant script to begin with and of course once I found out it was a true story, it took on a whole new meaning."

Emily V. Gordon and Kumail Nanjiani on being married and working together on "The Big Sick":

"We had obviously had disagreements but it worked really, really well. The process worked really well. I think we just really like each other. I would hear her writing in the other room and five minutes later I'd get an email and get to read words that she just wrote. It was privilege," says Kumail Nanjiani. Emily V. Gordon added: "Don't talk about work in bed!"

"It can get a little overwhelming but I'm enjoying it because what is there not to enjoy? The people that you meet are very kind. They treat you well. It's a busy schedule but, having said that, I'm feeling the love. I've always said that if Winston Churchill could, at 65, take on Adolf Hitler then I can sit in a makeup chair for three hours. I can come to an award show and graciously be honored."

"I think it would be a mistake. It would be a bunch of really much older people going 'What? What'd you say?' It would be sadly funny, I'm not sure it would be good funny. We thought about it about 15 years ago and we pitched it to the creators and they said no. I think it was wise on their part."

"I've never had a daughter. I don't have children, so what I get from her is this feeling of being a father. What I get from her is this protective feeling of love, a protective love that isn't romantic love. And I rarely feel that for things other than cats… I hope she can go very far. I think she has the potential to go very far. I want her to be an artist who, when I'm in the nursing home, she'll bring me her Oscars and I can look at them."

"l will always and forever to this day love dinosaurs and space. That is now something that is very dear to me. That movie was one of my great experiences and the zeitgeist of all that we've been talking about — Dr. Ellie Sattler was such a feminist so I love that character. It could be deliciously fun."

O.T. Fagbenle on the success of "The Handmaid's Tale":

"It's really been kind of overwhelming, just how much love and how many people resonate with the show. I can't reveal much [about Season 2] but Luke goes through a bit of a change."

The "Big Little Lies" cast on their close friendship:

"I feel particularly lucky. It's an unbelievable blessing. We're on a group text that is a daily activity now," Laura Dern told reporters. "I like to send them funny memes that are like mom jokes because we were all playing moms," Reese Witherspoon added.

Lil Rel Howery on working on the set of "Get Out":

"It was great. Jordan Peele is an amazing director and it was his first time. He just had good energy. It was like one of those things like, 'Are all the sets going to be like this?' It's fun and everybody's cool. Everybody supported each other. Allison [Williams] had days off; most of our scenes were just on the phone but she would sit there and read off the dialogue across the room and she didn't have to do that. It was just a great cast that all supported each other. Sometimes I pinch myself because I think everybody is so brilliant in that movie."

Ewan McGregor on his roles in "Fargo":

"To play two people with that crazy accent and everything, it was a challenge. They all are; every role you do is a stepping stone for the next and it'll touch your life. It's not more impactful than others, but it's great and here I am doing this kind of thing [winning an award], which is nice."

Rachel Brosnahan on "The Marvelous Mrs. Maisel" being her dream role:

"This is the dream role I wanted, that I didn't even think or know was out there for me. It's always step by step. There are high highs and low lows in a hopefully long career and I'm ready and waiting for them all."

Zoe Kazan on what drew to her to her role in "The Big Sick":

"It's such an amazing story. I think that all of us were captured by the script the first time we read it. It felt to me like nothing I had ever read before, and that's very high praise."

Amber Nash on playing a gender-neutral character on "Archer":

"They told me that the character [Pam, now known as Poovey] was loosely based off of Russell Crowe's character in 'L.A. Confidential' so I went back and watched 'L.A. Confidential.' I asked them, 'Do you want me to change my voice at all?' and they were like, 'No, sound exactly the same. It's all the same.' So I think that was always in the back of my mind but it didn't change really what I did with my performance much." 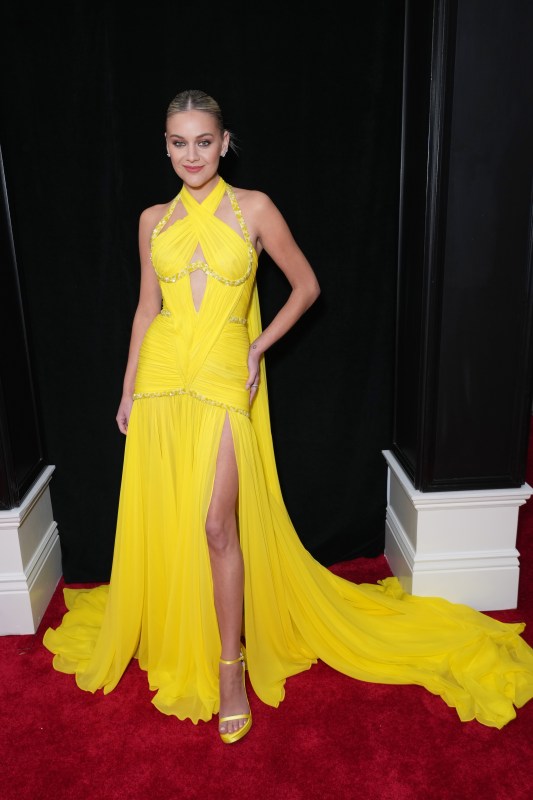