The 2020 Academy Awards are right around the corner! In honor of Hollywood's biggest night on Feb. 9, Wonderwall.com is taking a look back at some of the worst Oscar style moments over the years, starting with Gwyneth Paltrow's drab braless Alexander McQueen look in 2002. Now keep reading for more…

Cameron Diaz donned this disastrous getup during the 1998 Academy Awards. It would've been bad enough for a regular night out on the town, but the fact that she wore this look on Hollywood's biggest night made it a fashion crime against humanity!

Messy Marchesa! Heidi Klum selected this frilly white and purple Marchesa gown for the 2016 Academy Awards, giving us tulle-filled nightmares. Between all the extra fabric and those unnecessary floral embellishments, this one was one of the worst looks that year.

RELATED: Stars who brought their parents to the Oscars

Helena Bonham Carter's long legacy of wearing truly terrible ensembles during the Oscars stretches all the way back to 1987, when she donned this atrocity of an all-black ensemble — an asymmetrical satiny skirt with a bustle and a velvety bodice with a sheer, polka-dot neckline and sleeves — with no makeup and a messy updo.

Bjork made headlines when she donned this swan dress during the 2001 Academy Awards. The costume-like ensemble by Marjan Pejoski is now one of the most iconic looks in red carpet history.

We're still not sure what was going on with Whoopi Goldberg's 1993 Academy Awards look: a wild purple-and-lime ensemble with an open skirt.

The white dress that Uma Thurman wore during the 2004 Academy Awards looked like an arts-and-crafts project gone wrong.

During the 2000 Academy Awards, "South Park" masterminds Matt Stone and Trey Parker memorably spoofed two of the most iconic looks in red carpet history: the Versace gown that Jennifer Lopez donned during the 2000 Grammys and the pink Ralph Lauren dress that Gwyneth Paltrow wore during the 1999 Oscars. (The duo later admitted that they'd taken LSD before walking the red carpet.)

The case of the hideous accessory choice! Lady Gaga ruined an otherwise fine white Azzedine Alaia gown with a pair of oversized red leather gloves at the 2015 Academy Awards. Why? We still don't know!

Dakota Johnson's matronly 2017 Academy Awards gown was one of the worst on that year's red carpet. The gold Gucci dress featured a train, a frilly high collar and a bizarre bow detail at the waist — all of which added up to a major miss.

Cher dressed like she was heading to a burlesque show rather than the 1986 Academy Awards in a black Bob Mackie number with a towering headpiece.

Celine Dion didn't hit a high note when she wore a white John Galliano pantsuit — backward — during the 1999 Academy Awards. What was she thinking?

"The Favourite" star Rachel Weisz's Givenchy gown certainly was far from our fave look at the 2019 Oscars. The red frock featured an edgy latex top contrasted with a feminine embellished tulle skirt, which combined for an unflattering overall look. One element of her ensemble we did like? That unexpected diamond headband.

Back in 1995, Australian costume designer Lizzy Gardiner unforgettably donned this offensive dress comprised of 254 expired American Express credit cards to pick up an Oscar for best costume design for her work on "The Adventures of Priscilla, Queen of the Desert." The dress was originally conceived as a costume for the film: "I'm broke, and I didn't have anything to wear. So I went through my list of past good ideas," Lizzy reportedly said.

Hilary Swank wore a bizarre Christian Dior gown during the 2003 Academy Awards. The frock featured a spaghetti-strap minidress under a tulle overlay. Weird.

Kim Basinger looked extremely uncomfortable in the asymmetrical white ball gown that she donned during the 1990 Academy Awards. The dress featured a bizarre neckline with a dramatic collar on one side and mismatched sleeves. (See how one of her hands is gloved?)

It was gothic chic for Angelina Jolie at the 2000 Academy Awards. Though she took home a best supporting actress Oscar that year for her work in the equally dark "Girl, Interrupted," this dreary full-length long-sleeved frock looked more Halloween costume that red carpet couture.

Naomi Watts has come a long way since the 2006 Oscars, when she made the worst dressed list in a one-shoulder Givenchy gown with bizarre clumps of fabric across the bodice.

It might not seem that bad now, but Anne Hathaway topped every worst dressed list after the 2013 Oscars in this disappointment of a pink Prada column dress. The poorly constructed gown featured two points in the fabric on the bodice, which drew attention to certain body parts that Anne probably would've liked to have kept under wraps. The whole thing was just amateur hour.

Jennifer Hudson won big during the 2007 Academy Awards — but not because of her ensemble. Though the color of her Oscar de la Renta gown was beautiful and had one of our favorite features — pockets! — that metallic snakeskin-patterned bolero-like jacket really lost us.

Scarlett Johansson achieved one of the most disappointing celeb style moments of recent years when she attended the 2017 Oscars in this completely unflattering Alaia dress with a slightly sheer skirt. She completed her look with a bejeweled belt, which did little to elevate things.

Two words come to mind when we think about the Lanvin dress that Tilda Swinton donned during the 2008 Academy Awards: trash bag.

If Jennifer Connelly was hoping to elevate her look during the 2002 Academy Awards by pairing a skinny scarf with her drab drop-waist nude gown, she failed tremendously.

Mariah Carey seriously underwhelmed during the 2010 Academy Awards in a cheap-looking asymmetrical dress that gave us major prom vibes. (Seriously, like, did she pick this up at Macy's?)

Geena Davis channeled a can-can girl during the 1992 Academy Awards.

We adore Liza Minnelli. But the vintage Halston separates she donned during the 2014 Oscars? Not so much. The silky blue ensemble was far too casual for Hollywood's biggest night, and the matching streak of blue in her hair was just plain cheesy.

Crop tops have a time and a place, but that is not at the Academy Awards! Heather Mills violated this rule big-time when she attended the 2002 Oscars with then-boyfriend Paul McCartney.

The always-gorgeous Elsa Pataky had that expectant-mom glow during the 2014 Oscars, so it's a shame that she didn't choose a dress that was more worthy of her beauty for Hollywood's biggest night. Instead, Chris Hemsworth's missus donned an unfortunate Elie Saab gown with a drop waist that pulled awkwardly under her baby bump.

Rachel Griffiths attended the 1999 Academy Awards in an eyesore of an iridescent pink gown with matching gloves. (Hey, it was the '90s!)

Tyra Banks may know a thing or two about high fashion, but she would have been cut from "America's Next Top Model" if she'd shown up to an elimination in the poofy purple Vera Wang drop-waist gown that she donned during the 2000 Academy Awards.

During the 2007 Academy Awards, Faye Dunaway rocked a funky black gown with a drop waist that left a lot to be desired.

Yikes. Charlize Theron's 2010 Academy Awards gown was interesting to say the least. The John Galliano for Christian Dior design featured an uncomfortably eye-catching detail on the bodice, and the fit and that dramatic train certainly weren't helping matters.

There was a lot of pink at the 2019 Oscars, but we weren't fans of Sarah Paulson's take on it that year! Her hot pink Brandon Maxwell gown with its oversized bodice and unnecessary cut-outs at the waist didn't do it for us.

Sophia Loren attended the 2009 Academy Awards looking more like a cupcake than a Hollywood movie star in a "Dynasty"-worthy monstrosity of a gown.

We usually love a woman in long gloves, but Demi Moore's look during the 1992 Oscars gave us major beauty pageant vibes — and not in a good way! (If you think this is bad, wait till you see what she wore a few years earlier…)

The partly sheer menswear-inspired ensemble that Barbra Streisand donned during the 1969 Academy Awards made her look like quite the "Funny Girl." At least she was wearing undergarments!

With its bizarre fringed neckline, the muted Stella McCartney for Chloe gown that Kate Hudson donned during the 2001 Academy Awards belonged in a Western flick rather than at an award show, right?

Red carpet frock on top, feather duster on the bottom! Kirsten Dunst stepped out in this unflattering pale blue Chanel gown, which also featured beading and sheer paneling, during the 2007 Academy Awards.

The copper color of the very poofy dress that Susan Sarandon donned during the 1996 Academy Awards was all wrong. She completed her look with a matching shawl — because obviously more shiny bronze fabric is what we all needed!

Faith Hill couldn't decide on which pastel shade she wanted to wear during the 2002 Academy Awards, so she basically wore all of them. Make up your mind!

For those actresses lucky enough to win an Oscar, the dress they collect the statute in will always be remembered. Unfortunately for Juliette Binoche, when she won the best supporting actress prize for her work in "The English Patient" in 1997, she was wearing this velvet coat-dress with a massive popped collar.

It's hard to go wrong with Chanel, but Sarah Jessica Parker did just that during the 2010 Academy Awards. Her gown from the design house had way too much going on in the back.

The divisive tiered Zuhair Murhad gown that Miley Cyrus donned during the 2009 Academy Awards drew comparisons to a wedding cake.

Zoe Saldana wore a Givenchy Couture gown in multiple shades of purple during the 2010 Academy Awards. Needless to say, fashion critics were divided over this big, bold look.

Maya Rudolph donned this disastrous Valentino design at the 2018 Oscars. The long-sleeved turtleneck-style gown, though edgy and unexpected, just wasn't the right look for such a fancy event.

If you end up with an injury, maybe pick a dress that won't highlight it? Melanie Griffith attended the 2005 Academy Awards in this blinged-out Atelier Versace gown, which featured a sky-high slit that showed off her interesting accessories: a cast and a cane.

Anne Hathaway caught a lot of flack for her look at the 2007 Academy Awards, which featured a gigantic black bow over her chest and another in the back. 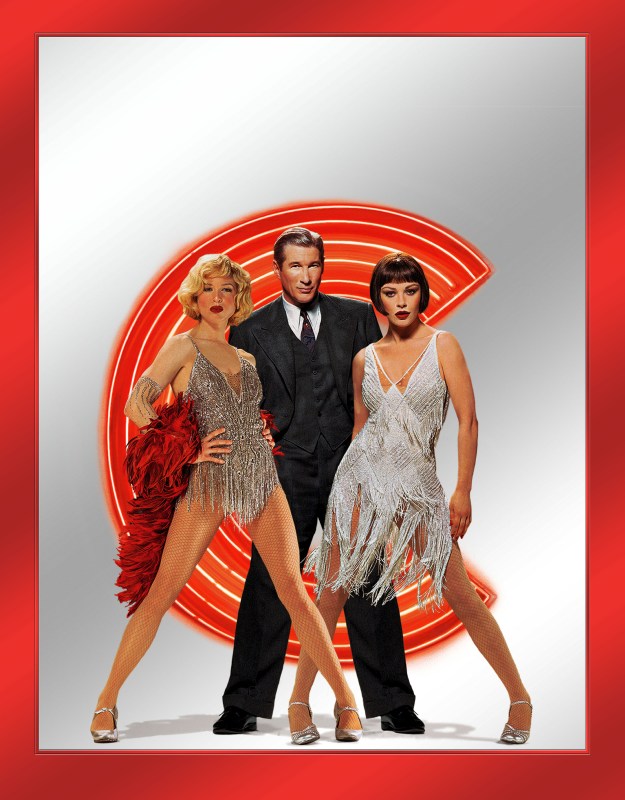