In honor of Sunday's Oscars, Gossip Cop has compiled a list of false tabloid stories we've debunked about some of the nominees. Here are five wrong rumors about the 2019 Academy Awards contenders. 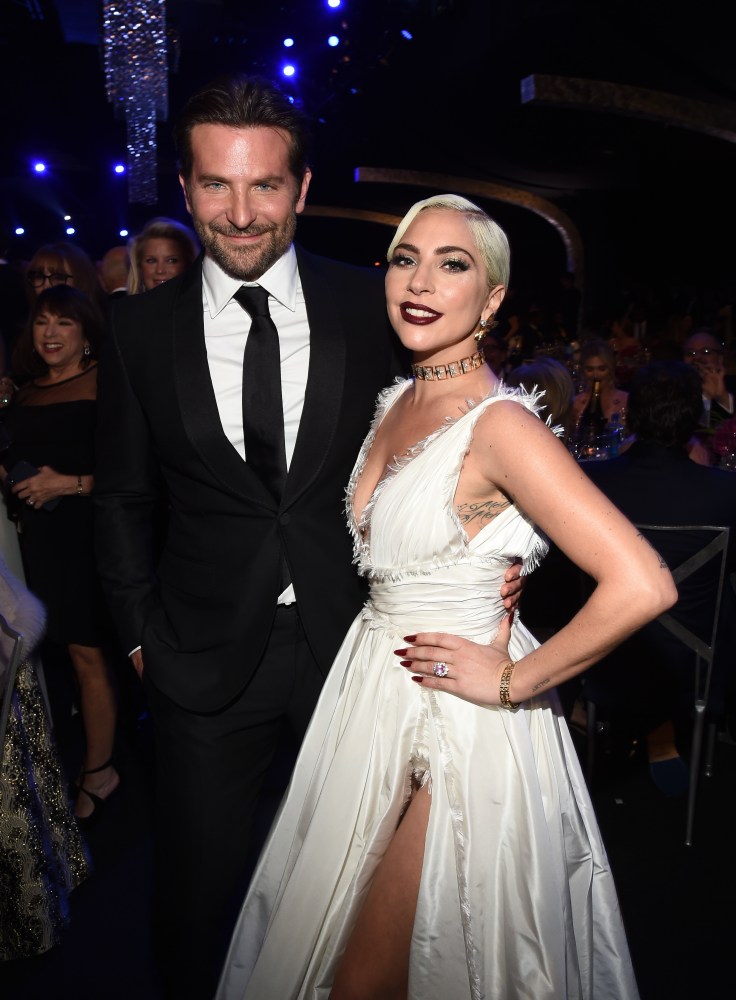 Bradley Cooper and Lady Gaga, both of whom are up for multiple awards for A Star Is Born, have been the subjects of countless phony articles throughout awards season. Last month, Gossip Cop busted Woman's Day Australia for falsely claiming Cooper's relationship with girlfriend Irina Shayk was ending over his friendship with his co-star. The magazine maintained that the Russian supermodel was upset about how close the two had become and was prepared to walk out on her boyfriend. Just weeks before the story was published, Cooper and Shayk showed a ton of PDA at the Golden Globes. Earlier this month, the actor thanked his girlfriend during his acceptance speech at the BAFTA Awards. There's no love triangle between the actor, his girlfriend and his co-star, despite the bogus narrative consistently popping up in the tabloids.

Gossip Cop called out Heat last month for wrongly reporting that Emma Stone was dating Richard Madden after hitting it off with the "Bodyguard" star at the Golden Globes. According to the outlet, the Best Supporting Actress nominee for The Favourite had "immediate chemistry" with the British actor when they met at awards show. The unreliable tabloid didn't seem to realize that Stone has been dating former "Saturday Night Live" writer Dave McCary for nearly two years. The couple was spotted together at a Los Angeles Clippers game just last month.

Earlier this month, Star made up a story about The Favourite star Rachel Weisz being annoyed by husband Daniel Craig's extreme diet and workout routine for his upcoming James Bond movie. A supposed "source" told the publication that Craig refused to attend parties with the Best Supporting Actress nominee, would leave the dinner table to do lunges, and woke her up in the middle of the night doing pushups. Despite what the tabloid's "insider" claimed, the actor's spokesperson assured Gossip Cop on the record that the report was fabricated.

Last year, Gossip Cop called out Life & Style for falsely claiming Best Actor nominee Christian Bale was feuding with Matt Damon on the set of their upcoming movie Ford v. Ferrari. The tabloid alleged that Damon was poking fun at his co-star while shooting scenes and the Vice star wasn't "a fan of Matt's on-set antics." However, a rep qualified to speak on behalf of both actors assured us there were no issues between the two on set. In fact, Bale and Damon have been friendly for years. There are a number of photos of the two stars mingling at awards shows and film festivals over the years, including a Golden Globes afterparty, where they posed for a photo together with their respective wives.

And finally, last year Gossip Cop debunked an absurd Globe story about Best Actress nominee Melissa McCarthy going blind. The story was based on a photo of the actress with what appeared to be a broken blood vessel in her eye. Only, the magazine failed to mention that the image was taken on the set of her upcoming movie The Kitchen. A rep for the Can You Ever Forgive Me? star explained to us the injury was fake and that she most certainly wasn't losing her sight.