Rihanna's "new man" may not be that new after all. A source tells Us Weekly the singer and Saudi businessman Hassan Jameel "have been hooking up for a few months." News of the pair's romance first surfaced when the two were spotted kissing in a pool in Ibiza last month, but things between RiRi and Hassan apparently heated up long before that. Hassan, who serves as the deputy president and vice chairman of his family's billion-dollar company, may have caught Rihanna's eye because he comes from a different background. "I'm turned on by guys who are cultured," Rihanna said in a 2015 New York Times interview. "They don't have to have a single degree, but they should speak other languages or know things about other parts of the world or history or certain artists or musicians. I like to be taught." It probably doesn't hurt that Hassan and Rihanna both maintain active interests in the welfare of others. While RiRi maintains her own foundation and advocates for global education funding, Hassan runs Community Jameel, the charity arm of his family's business, which, according to the Independent, "invest[s] in training, job creation, and businesses aimed at helping communities transform themselves," while promoting the work of artists in the Middle East with a special focus on women.

Are Beyonce and Kim Kardashian West at the heart of their husbands' feud? On JAY-Z's new album, "4:44," he makes multiple comments about Kanye West, slamming him for developing a bad attitude and being self-centered. Now, an insider tells the New York Post Jay's anger goes back to the onstage rants Kanye delivered about Beyonce last year. "Beyoncé, I was hurt. I went down seven years on behalf of your fake s—," Kanye said at one point, adding a gripe about JAY-Z not calling him anymore. According to the Post's source, Jay felt like Kanye was "forcing Kim" on Jay's wife and family. "[Kanye's] rant was really about Kim and Beyoncé not being BFFs," says the source. "Kanye is frustrated that his wife does not have a better relationship with Beyoncé. He wanted to put that pressure on Jay. It's like, 'We're cool and we do business together, and now our wives should be friends?' It's not organic. It's not real. Beyoncé is a Southern, God-fearing woman, despite what you may see when she's entertaining. She may not have much in common with Kim." The source explained, "It's like, Jay believed in you and now you've alienated him to where he's like, 'F— you.'"

The Kardashians are upset with Rob, worried about Dream

Rob Kardashian may have finally taken his public sparring with Blac Chyna too far. According to TMZ, the Kardashian family is deeply upset Rob allegedly shared explicit photos of Chyna's female anatomy on Twitter and Instagram in a series of profanity-laced posts this week. Although they've since been taken down — along with Rob's entire Instagram account — the Kardashians are reportedly concerned about the effect the very public war will have on both the family's brand and the former couple's young daughter. Among the accusations Rob made on social media about his ex was a post claiming Chyna "had a baby out of spite" as a means of getting revenge on her ex-boyfriend, Tyga and that Chyna was caught cheating on Rob. Rob's mother and sisters are reportedly telling friends they're worried statements like that could ultimately hurt 7-month-old Dream. The animosity is coming from both sides, too. After Rob posted the nude photos, Chyna said on Snapchat that Rob has abused her. While the Kardashians want to help Rob get through this situation, their more worried about Dream at this point, according to the website.

RELATED: The Kardashian-Jenner family: See how their looks have changed through the years

Baby no. 2? Just a year after their daughter Lily Grace was born, Nicky Hilton and her husband James Rothschild are reportedly expecting their second child. The pair was overheard telling friends the news at a birthday party in the British countryside over the weekend, according to the Daily Mail. "It's Lily's first birthday July 8 so they are excited," a source told the tab. "They always wanted to give Lily-Grace a sibling close in age, like they both have." Nicky and banker James tied the knot at Kensington Palace in July 2015.

Is there trouble in Mimi land? Mariah Carey reportedly had multiple credit cards denied during a recent shopping trip on Rodeo Drive in Los Angeles. The first time it happened was at Louis Vuitton, according to a RadarOnline source. The insider said Mariah initially "thought it was a fluke" until she had credit cards denied three more times. The source went on to say Mariah's assistant and manager Stella Bulochnikov stepped in to help buy the item the singer was trying to purchase, but not before making "a total scene." According to Radar, Mariah's alleged money issues stem from canceled and postponed dates on her planned tour with Lionel Richie, and Mariah blames Stella.

Long before George Clooney married Amal Clooney and became a dad to twins, he dated "Real Housewives of New York City" star Carole Radziwill. It was apparently a sweet deal for Carole, who dished on what the star was like in bed to her castmates on Wednesday, July 5. "He's definitely a nine," she admitted when asked to rate him on a scale of one to ten (via People). "It was a long time ago!" Ratings aside, Carole has said her ex is "an amazing guy" and that she's happy he found Amal. "[She] seems like an amazing woman," Carole told People. "I think it's fantastic, and when anyone falls in love it's a good thing for everybody."

Prince Harry a message for the young people of the world: Get off your damn phone. In a speech at an event in Leeds, England, focused on issues that affect kids' mental health, Harry urged the audience to slow down and get a bit less obsessed with the tiny computers in their pockets. "I cannot tell you how pleased William, Catherine and I are that the dial seems to have shifted and that there is now greater understanding, compassion and kindness for anyone who opens up about their struggles," he said at "Leeds Leads: Encouraging Happy Young Minds" on Thursday, July 6, according to People. "But let's not kid ourselves that the job is done — there is much, much more that we can do at every level to make conversations about mental health as common place as those about physical health. I read recently that young people check their phones at least 150 times per day – I'm sure we could all be more effective and efficient if we took a moment to process our thoughts rather than rushing from one thing to the next." Harry, along with his brother Prince William and sister-in-law Duchess Kate, has spent much of the past year advocating for greater awareness about mental health issues through their Heads Together campaign.

Sir and Rumi Carter aren't the only twins in Beyonce's family. On Wednesday, July 5, Bey's dad shared a video on Instagram to announce his daughter comes from a long line of twins. "In the research that was done for [my new] book, I was able to learn about my heritage, my family, and going back to my great, great grandmother. I was also learning that my grandmother, Hester, actually had brothers that were twins, Sidney Moore and Gitney Moore," Matthew said, adding, "You can see that the twins started in our ancestry, and Beyonce should be proud of that." Bey and JAY-Z welcomed their two new additions in June.

Sophie Turner on her romance with Joe Jonas: 'You feel like you're living in a fishbowl'

Between the intense popularity of "Game of Thrones" and her relationship with Joe Jonas, Sophie Turner has found herself in the spotlight — and under the microscope — like never before. As she explains in the new issue of Marie Claire (via E! News), it's not necessarily a position she enjoys. "You do feel like you're living in a fishbowl," the actress aid when asked about her profile romance. "It's frustrating [that] it's the most mundane things that make the news — how boring!" Life in a fishbowl also means Sophie finds cameras and phones pointed her way all the time. "I find it really rude, and I will be rude back," she admits. "It's such an invasion of privacy. I could be out with my mum on her birthday and I will ask them to delete it. I would much rather them come up and ask for a photo. I will probably be fine with it … unless I look s—!" Still, starring in "GOT," which debuts its seventh season July 16, has its advantages. "[It] has been a huge chunk of my life," muses Sophie. "When it's done, it's going to feel like a death in the family. I just completely gave everything to [playing Sansa Stark], all of my emotions. I never used to cry when I was younger. Now I cry all the time — I am an emotional human being."

Ed Sheeran is clarifying his thoughts on Twitter. After The Sun reported he'd quit the site because it was full of "people saying mean things," Ed hopped on Instagram to deny the "loads of Hoo-har about me quitting stuff." In a post on Wednesday, July 5, he wrote, "I haven't quit anything, I'm just not reading anything, except Harry Potter," adding, "Hope everyone had a wonderful July 4th yo." In The Sun interview, Ed griped about the nasty comments he got from Lady Gaga's fans after he made a reference to playing the Super Bowl they thought was about her. Gaga apparently saw The Sun item as well and quickly reached out to Ed to show her support and urge her fans to knock off the haterade. "What an incredible talented artist I LOVE ED @teddysphotos deserves all our love and respect like all humans do," she wrote on Instagram. "I wish all people on the internet would be positive and loving and apart of creating an online community that is kind and empowering, not hateful and mean. No reason to tear down an artist simply because they are on top. Work harder to be kinder everybody. That should be your first duty to humanity." 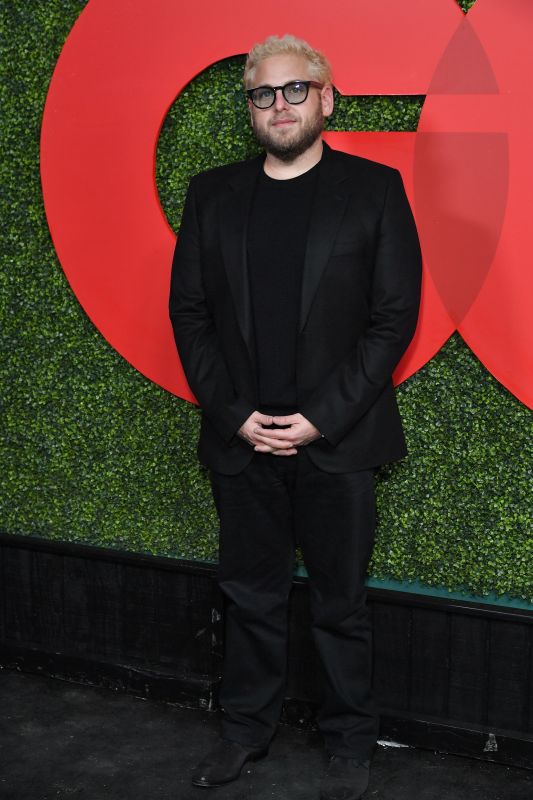