Andy Cohen, who has been a staple on CNN's New Year's Eve coverage over the years, has no plans to sober up when the calendar flips. While hosting "Watch What Happens Live," Andy responded to a Variety article with the headline, "CNN Plans to Sober Up Boozy New Year's Eve Coverage." The article does note that Andy and Anderson Cooper are still allowed to drink, but other anchors are forbidden from imbibing. While speaking on his drunken plans, Andy jokingly said "sayonara" to his sobriety on NYE. "I just want you to know Anderson and I are going to party harder than we have ever partied before on New Year's Eve!" he shouted. "Do you understand me!" According to Variety, CNN's CEO Chris Licht told employees "he felt on-camera drinking eroded the credibility of CNN personnel and damaged the 'respectability' they may enjoy among viewers." Bottoms up, Andy!

RELATED: 'View' hosts: Where are they now?

Paris Hilton is clarifying rumors claiming she and her husband, Carter Reum, are "struggling" to have a baby. Ironically, the rumors were started by Paris' own mother, Kathy Hilton. "I'm getting tons of messages of people asking me when I'm having a baby," the heiress wrote via Instagram Stories on Wednesday, Nov. 16. "My husband and I always wanted to enjoy our first year of marriage together as a couple and we we're [sic] always planning on starting our family in 2023." Paris is doing IVF, but said it's a "journey." The "Paris In Love" star also revealed she has "lots of healthy embryos ready and waiting to be part of [her] Cutesy Crew." If everything goes according to plan, Paris plans to be a mom next year, which seems to be news to her mom. Earlier in the week, Kathy told E! News that she's heartbroken about her daughter's "struggle" to conceive. Paris, though, rebutted her mom's comments, telling TMZ, "I don't know where she got that. It's never been a struggle at all."

The disaster surrounding the presale of Taylor Swift concert tickets has sparked an antitrust investigation into Ticketmaster. Tennessee Attorney General Jonathan Skrmetti told media that antitrust violations "could be an issue" for Ticketmaster. "We received a number of complaints, and there's been significant press coverage that the ticket sale process did not go smoothly. There are no allegations, at this time, about any misconduct. But as the attorney general, it's my job to ensure that the consumer protection laws and antitrust laws in Tennessee are being honored," he said. On Nov. 15, Swifties reportedly crashed Ticketmaster during the Verified Fan presale. Ticketmaster, for the record, claims the site didn't crash, but acknowledged there were some "intermittent issues." Fans immediately voiced their frustrations on Twitter as they waited in queues or got kicked out of Ticketmaster. The ticketing site said there was "historically unprecedented demand" for the tickets and implied that it wasn't ready for the deluge of Taylor fans, which was a bit of a lackluster response. Nobody, for the record, is blaming Taylor for the fiasco, but all ire is pointed at Ticketmaster. "We're talking about a company with an extremely dominant market share, I've heard it may be up to 70% of the concert venue, ticket sales," the AG said. "Anytime you have that kind of concentration of market share, there's the risk that the lack of competition will not just drive up prices for consumers. It will also reduce the quality of the product and potentially this is a situation where the quality of the product is reduced." In a tweet on Tuesday, the Tennessee AG's office said, "[Skrmetti] and his Consumer Protection team will use every available tool to ensure that no consumer protection laws were violated."

While filming his Disney+ show "Limitless," Chris Hemsworth discovered a genetic predisposition for Alzheimer's disease. While speaking to Vanity Fair, the "Thor" star said his DNA has two copies of the gene APOE4, which makes him "eight to 10 times more likely" to battle the disease. The fact that Chris has a copy of the gene from both of his parents is a rarity, as only two to three percent of the population has both. "Most of us, we like to avoid speaking about death," he said. "Then to all of a sudden be told some big indicators are actually pointing to this as the route which is going to happen, the reality of it sinks in. Your own mortality." The affable actor said he now jokes about his predisposition. "I feel like my memory's getting worse," the Marvel actor noted. "It's a placebo effect — or it's taking place! … It's my excuse now."

It took three years for Sarah Michelle Gellar to fall in love with Freddie Prinze Jr. The duo first met while working together on 1997's iconic slasher film "I Know What You Did Last Summer," but they started off as friends, nothing else. In chatting with Entertainment Tonight, Freddie detailed how the couple fell in love, noting it wasn't love at first sight. At the time they met, Freddie "didn't think she ate enough so I made sure I cooked for her," he said. He then made sure she was reliant on him. "And she didn't have a driver's license so I was her chauffeur, and I would drive her to the gym every day and then go to the store, go get myself some lunch and then drive her back and we would just have an hour drive," he recalled. "We shot in this tiny little crazy town called South Fork. I would drive her to Wilmington every day that we had off, every day during rehearsals and we would have you know 55 minutes — if I drove the speed limit — to get to know one another. She was from New York City and I am a SoCal kid, so we were night and day, and it was just our philosophies on life just never clicked." He added, "Then one day everything clicked, and it was about probably three years later, and we started dating and she's been my girlfriend ever since."

The end of an era. On Thursday, Nov. 17, congresswoman Nancy Pelosi announced that she was stepping down from her leadership position within the Democratic party, although she will remain in the House of Representatives. The decision, though somewhat expected, prompted a response from several dignitaries and celebrities. Maria Shriver tweeted, "I join in this standing ovation. @SpeakerPelosi has served her country so well and she deserves all of our gratitude. What a career and what a life. A mother, a wife, a grandmother, a historic public servant." Alyssa Milano wrote, "Nancy Pelosi has inspired a generation of young girls to know that they can stand up to the patriarchy and speak truth to power." Joe Biden said, "History will note her as the most consequential Speaker of the House of Representatives in history – she is first, last, and always for the people. America owes her a debt of gratitude for her service, patriotism, and dignity." Republicans, of course, celebrated her decision. 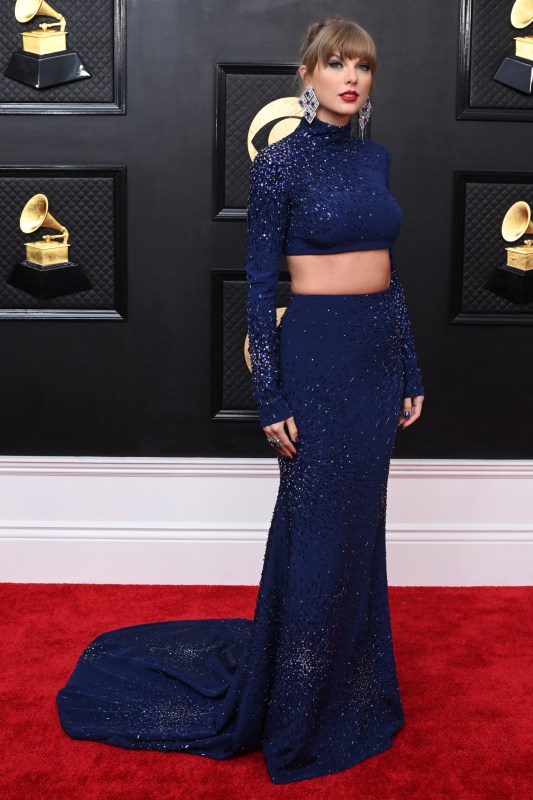