Are Blake Shelton and Gwen Stefani having a baby to "save" their romance? That's what one of this week's tabloids is claiming. Gossip Cop, however, can exclusively shoot down the false and flawed report. 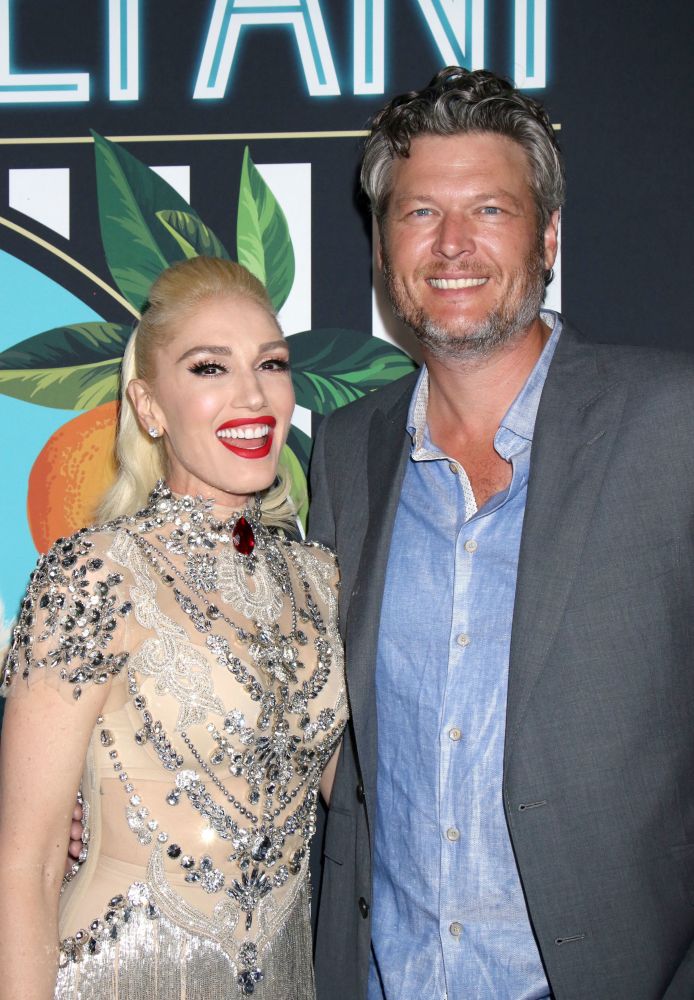 According to the National Enquirer, "A baby is bringing battling lovebirds Gwen Stefani and Blake Shelton back together." The supermarket tabloid, which has published several provably untrue stories about the couple, then quotes a so-called "source close to the musical duo" as alleging, "Gwen is committed to having a child and Blake has no intention of letting her be a single mom." The same either completely misinformed or possible made-up "source" further maintains, "They've had their share of conflicts, but Blake… knows how badly she wanted a child… He wasn't about to let her go it alone."

Seemingly operating in a totally different universe, the magazine goes on to claim without any proof whatsoever that Blake had "recently walked out" on their relationship. And after somewhat deceptively pointing out how "the couple has not been pictured in public since July 30," the tabloid asserts they seemed "very tense" at the People's Choice Awards on November 11, and only interacted "when the cameras were on them." But now that Stefani is exploring various avenues for having a baby, contends the outlet, Shelton has "come running back to her side."

The article's entire premise, however, is a giant fib. Stefani and Shelton were never "battling," nor have they "had their share of conflicts." The country singer also never "walked out" on Stefani. Tellingly, the often discredited magazine doesn't offer one single example of something they've fought over. The reality is their relationship has, by all accounts, been rock solid and loving for the past three years.

And while the tabloid carefully parses words about how they haven't been "pictured in public since July 30," the truth is they spend virtually all their free time together and sometimes share those private moments on social media. Just a week before the People's Choice Awards, for instance, Shelton posted a photo on Instagram of him and Stefani chilling by a fire pit on his ranch in Oklahoma. On the topic of the PCAs, the magazine is simply regurgitating a false narrative its sister publication, Life & Style, tried to push about Shelton and Stefani's relationship being in trouble and them only faking it for the cameras.

What would their motivation be for pretending? And if they truly were unhappy together, why would Stefani have attended the awards show when she could have easily stayed home? Also, if their relationship were so bad, why would Shelton have kissed her after he won an award and then publicly proclaim before millions of viewers, "I love her," during his acceptance speech?

As opposed to the magazine's phony assertion, Shelton never had to "come running back to her side." He's been by Stefani since November 2015. Unlike the tabloid, which relies on falsehoods uttered by an unnamed and seemingly fabricated "source," a rep for Stefani has repeatedly told Gossip Cop their relationship is perfectly intact.

Curiously, the frequently disproven publication doesn't mention in its current article some of the related stories it got dead wrong in the past year. For instance, just one month ago, Gossip Cop busted the outlet when it falsely swore up and down in a cover story that Stefani and Shelton had split up. In that work of fiction, the tabloid similarly maintained the alleged breakup took place after "constant fighting and two months apart." But as noted above, they're often together, as witnessed in a video Stefani shared on Instagram in which Shelton serenaded her on her tour bus. The No Doubt singer captioned that footage, "I'm so grateful."

Also glaringly omitted in the new article is the magazine's story from earlier this year that falsely contended Stefani suffered a miscarriage with Shelton's baby. At the time, Stefani's spokesperson exclusively told Gossip Cop that the Enquirer disgustingly "made up" the claim. Regardless of whether they ultimately have a baby or not, their romance does not need saving. We have reached out for official comments about the latest tall tale.