Celebrities are well-known for their quickie marriages and multiple unions — sometimes with the same spouse! Wonderwall.com is taking a look at the stars who married the same person twice, starting with Elizabeth Taylor and Richard Burton. The Hollywood golden couple married for the first time in 1964 after beginning an affair on the set of "Cleopatra." They were married for 10 years before divorcing in 1974 — then they got remarried in 1975. Sadly, their marital issues were too much to overcome and the lovebirds divorced again in 1976. Liz later explained, "After Richard, the men in my life were just there to hold the coat, to open the door. All the men after Richard were really just company." Keep reading to see which other celebs married the same person more than once!

"Baywatch" star Pamela Anderson married professional poker player Rick Salomon in October 2007, but their union was short-lived. The pair divorced in 2008, only to remarry in 2014. Much like their first marriage, their second go-round didn't last long and the pair split in 2015. "It's like when you put something back in the fridge that's not good," Pamela explained to Ellen DeGeneres. "It's not gonna be good the second time. When you go in there, I mean. You go, 'Oh, that's bad. Let me try that again!'"

Eminem had two tumultuous marriages to high school sweetheart Kim Mathers. The Detroit rapper married Kim in 1999 and divorced her two years later. The couple rekindled their romance in 2006 and remarried, only to divorce again that same year.

RELATED: Celebs who got married in their teens

Tesla and SpaceX CEO Elon Musk had an on-again, off-again marriage to English actress Talulah Riley. The lovebirds first wed in 2010 but divorced just two years later. They remarried in 2013 but spilt again in 2014 before reconciling (again). Elon and Talulah finally divorced for good in 2016.

Marie Osmond and Stephen Craig proved that sometimes, the second time's the charm. The singer married the former Brigham Young University basketball player in 1982 and they welcomed one son before divorcing in 1985. After decades of separation and a failed marriage to her second husband, Marie found her way back to Stephen in 2011. "I am so happy and look forward to sharing my life with Stephen, who is an amazing man, as well as a great father to my children," she said when announcing her Las Vegas wedding, where she wore the same dress she married him in the first time!

NeNe Leakes and Gregg Leakes had their share of ups and downs (including one divorce) but are happily together today. The reality star was married to Gregg for 14 years before divorcing him in 2011. The couple eventually rekindled their romance two years later and tied the knot again in 2013. "Greg & I hope 2 inspire others 2 save their marriage," NeNe wrote at the time.

Judge Judy Sheindlin and her husband, Judge Jerry Sheindlin, are on their second attempt at marriage. The couple wed in 1977 and divorced in 1990, in part because of the stress and struggles Judy endured after her father's death that same year. However, their separation was temporary and the pair were back together and remarried by 1991.

Melanie Griffith and Don Johnson married in January 1976 when Melanie was only 18 (the pair began dating when Melanie was 14 and Don was 22). Their union didn't last long and the couple were divorced by the end of year. Melanie and Don reignited their love in 1988, marrying again and welcoming daughter Dakota Johnson the next year. Sadly, their second marriage didn't go the distance either. Melanie, who separated from Don in 1995, fell in love with a married Antonio Banderas on the set of "Too Much" and wed the Spanish actor after her and Don's divorce was finalized in 1996.

Natalie Wood and Robert Wagner fell in love twice. The "West Side Story" star and the actor married in 1957 when Natalie was 19. They divorced in 1962, then tied the knot for the second time 10 years later. They stayed married until Natalie's mysterious 1981 drowning death in which Robert, who's denied any involvement, has been named a person of interest.

Barbara Walters and ex-hubby Merv Adelson were married and divorced twice. The twosome tied the knot in 1981 and divorced just three years later. In 1986, their relationship was back on and they remarried only to divorce again in 1992. "He was a kind, funny, thoughtful man," Barbara told Vanity Fair. "Would things have worked out differently for Merv if we had stayed together? I don't know. Probably not… I have no regrets."

Action star and marital artist Jean-Claude Van Damme married professional bodybuilder Gladys Portugues for the first time in 1987. The couple split in 1992 but remarried seven years later in 1999. "The JCVD family is still strong," the actor told the Daily Mail. "The kids are strong, the wife is strong. There's so much divorce around the world and it's very bad for the children."

Richard Pryor has actually married two different wives twice! The comedian wed Jennifer Lee (pictured) in 1979 and divorced her in 1982. He then married Flynn Belaine in 1986 before divorcing her a year later. Richard and Flynn married once more in 1990, but that union only lasted a year. He reconnected with Jennifer later in life and remarried her in 2001. The couple were wed until Richard's death in 2005.

Elliott Gould and Jennifer Bogart are another breakup-to-makeup couple that married twice. The "Ocean's Eleven" actor exchanged vows with Jennifer in 1973. The twosome divorced two years later only to get remarried in 1978. Their second attempt at marriage only lasted for one year.

Ben Stein and wife Alexandra Denman are happily married today, but that wasn't always the case. The actor and the entertainment lawyer tied the knot in 1968, only to divorce in 1974. They reconciled three years later and remarried in 1977. "Ben pursued me again — and won me all over again. He's very persistent," Alexandra told People.

Dionne Warwick was married to only one man in her life, but she married him twice. The legendary singer tied the knot with actor William David Elliott in 1966 and divorced him one year later. The pair reconciled and remarried in Milan, Italy, in August 1967. They welcomed two sons together before splitting for a second time in 1975. "I was the breadwinner. The male ego is a fragile thing," Dionne has said about her divorce. "It's hard when the woman is the breadwinner. All my life, the only man who ever took care of me financially was my father. I have always taken care of myself."

Sinbad and Meredith Adkins have been married twice, and both times it was to each other. The couple exchanged vows in 1985 but soon hit a rough patch and divorced in 1992. Ten years later, they rekindled their romance and tied the knot and are still together today. "I knew I was never, ever going to remarry [someone else]. I just couldn't keep trying to introduce a stepmother and that sort of junk," Sinbad told the Quad-City Times. "I always thought that was insane."

Lana Turner was known for her glamourous Hollywood lifestyle and many marriages. Two of those marriages were to same man, actor-turned-restaurateur Steve Crane. The couple married in Las Vegas in 1942 (pictured here) but annulled their union one year later when it was revealed that Steve was still legally married to his first wife. They remarried in 1944 after the birth of their daughter, Cheryl, and were divorced by 1945.

"Crocodile Dundee" star Paul Hogan married his first wife, Nolene Edwards, twice. The twosome wed in 1958 and stayed married until 1981, welcoming five children together during more than two decades of partnership. They remarried less than a year later but went through another nasty divorce in 1986 when Paul left Nolene for his "Dundee" co-star (and future ex-wife) Linda Kozlowski. "He doesn't speak to me," Noelene told Woman's Day about their ugly breakup.

Singer Rosemary Clooney was married twice to director and movie star Jose Ferrer. The glamorous Hollywood couple first wed on June 1, 1953. They divorced in 1961 after welcoming five children together but remarried three years later. Sadly, that marriage fell apart too when Jose began an affair with the woman who would become his last wife, Stella Magee. Rosemary divorced Jose after discovering his infidelity in 1967.

"Silver Linings Playbook" actress Jacki Weaver married Derryn Hinch not once but twice. The two tied the knot in 1983, divorced in 1996 and remarried a year later. Their second union didn't work out either: They divorced again in 1998.

Iconic comedian Rodney Dangerfield married his first wife, Joyce Indig, not once but twice. The "Caddyshack" star exchanged vows with Joyce in 1949. The couple welcomed two children before divorcing in 1962 — then remarried one year later. Their marriage eventually fell apart again, leading to another divorce in 1970.

Larry King has been married eight times, but one of those marriages was a repeat. The talk-show host tied the knot with former Playboy bunny Alene Akins in 1961, adopted her son in 1962 and divorced her the following year. The pair were remarried in 1967 but divorced again in 1972.

Famed Mexican artist Frida Kahlo married fellow artist Diego Rivera twice. The creative couple married in 1929 when Diego was 42 and Frida was 22. Infidelities and Diego's violent temper eventually led to their divorce in 1939, but they remarried just two years later. The pair stayed together until Frida's death in 1954.

Colleen Dewhurst and George C. Scott were a match made in Hollywood heaven twice over. The actors wed in 1960 and welcomed two sons together before divorcing in 1965. They remarried two years later but called it quits again in 1972. 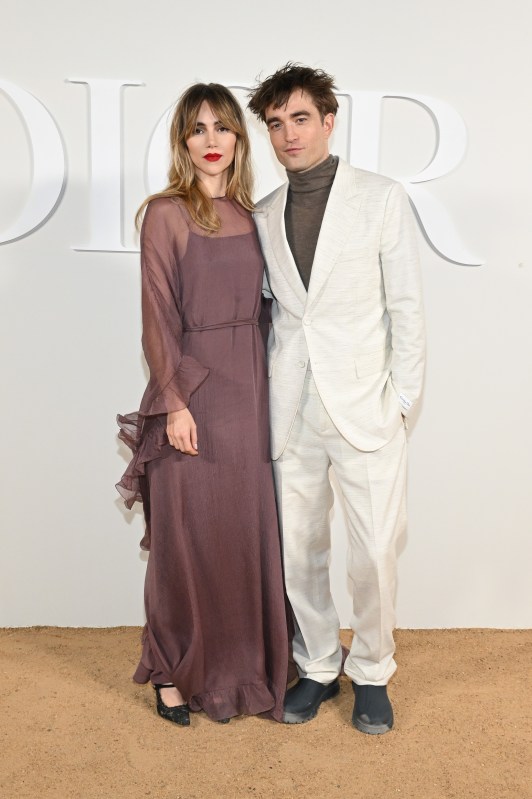