Ben Affleck's new romance with Emmy-winning "Saturday Night Live" producer Lindsay Shookus could be a reconnection rather than a new relationship. One day after the two were seen leaving Giorgio Baldi together in Santa Monica, X17Online claims Lindsay and Ben dated before Ben got together with Jennifer Garner. The site quotes a source as saying "Ben made frequent trips to New York over the years to see Lindsay" and that "they always had a strong connection." That connection appeared perfectly intact last weekend in London, where Ben and Lindsay spent four nights together, according to multiple outlets. Ben and Jen, meanwhile, began divorce proceedings in April. He later moved out of the family home and into a new house in the same neighborhood. Lindsay was previously married to another "SNL" staffer, Kevin Miller.

Jemima Kirke indulges in some PDA with musician Alex Cameron

New love? "Girls" star Jemima Kirke cozied up to electropop artist Alex Cameron in New York this week, according to E! News. The pair were reportedly spotted kissing before Alex draped an arm around the actress' shoulder while they waited for a subway train. Last month, Alex joined Jemima at her sister Domino Kirke and Penn Badley's wedding. Jemima separated from her husband Michael Mosberg last summer.

RELATED: 'Girls' then and now: See how the cast has changed

Blac Chyna is reportedly exploring her legal options and, possibly, a restraining order in the wake of Rob Kardashian's explicit nude photo-filled social media rant this week. But insiders tell TMZ she has no plans to fight Rob in court over money issues like child support for their daughter Dream. Rob has reportedly stopped making payments on Chyna's home in the Tarazana section of Los Angeles and Chyna is said to have returned the jewelry and two cars Rob gave her when they were together. Rob, meanwhile likely has his hands full between raising Dream, which he reportedly wants to do on his own, and dealing with his family's anger and frustration with him over his public arguments with Chyna.

Jim Carrey has agreed to give a sworn deposition about his late, on-off girlfriend Cathriona White's suicide. Wrongful death suits against the comic were brought by Cathriona's mother and estranged husband and included claims Jim was at fault for letting Cathriona access prescription pills despite knowing she'd tried to kill herself before and suffered from depression. The two suits were consolidated this week, according to the Daily News, and though both parties have agreed to discuss settlement options, Jim's lawyer said he doesn't "see any possibility of this case settling before trial." The complaint against Jim alleged his "abuse" consisted of giving Cathriona three STDs, "dumping her" to protect his public image" and "shaming her." Jim's lawyer reiterated previous claims the lawsuit is "bogus." "We've always taken the position this is an unfortunate and frivolous lawsuit," he said. "She ought to rest in peace. It's unfortunate that two family members that had no relationship with her whatsoever are taking this opportunity to try to profit from it." Cathriona was found unresponsive in 2015 after she overdosed on prescription medication. In a statement after her death, Jim said, "She was a truly kind and delicate Irish flower, too sensitive for this soil, to whom loving and being loved was all that sparkled." Jim's deposition is reportedly scheduled for "late August."

Gwyneth Paltrow and Chris Martin's the New York City loft has sold for $10.7 million. People reports that number represents more than a $4 million reduction from what they initially listed the place for back in March 2010. Once profiled in a post on GOOP, the space was described in terms you might expect of anything belonging to Gwyneth (think "artisanal" and "bespoke"): "It floats above the cobblestone streets like a pale, dreamy cloud," the post gushed shortly after the home was listed. Gwyneth still owns a place outside the city in the Hamptons.

Kesha opens up about the Jerry Seinfeld hug debacle

Kesha finally got her hug. During an appearance on SiriusXM this week, she opened up about the time Jerry Seinfeld infamously refused to hug the singer when she met him with outstretched arms in front of a slew of cameras. Soon after that experience, though, she had a nice moment with someone she idolizes even more: Bob Dylan. "Instantly I was like, 'Oh, f— me, somehow I ended up in my very own mini episode of 'Seinfeld' for like five seconds,'" she said, recalling her moment with the comic (via Vulture). "I should've known better. I've seen every episode a thousand times. That's why I was trying to attack him! He's just not a huggy guy, it's fine. I've seen the hugging episode. That was my fault." Whoever's fault it may have been, she was soon vindicated. At a music festival after the Jerry incident, she said "[Bob] opened his beautiful arms and gave me the most wonderful, healing Bob Dylan hug that I've ever dreamt of."

"My Angel My💜." That's how Bobby Brown remembered his daughter, Bobbi Kristina Brown, on Instagram on Thursday, July 6, in a post highlighting the work the Bobbi Kristina Serenity House does to support victims of domestic violence just weeks before the second anniversary of Bobbi Kristina's death. "FOLLOW @bobbikristinaserenityhouse and join the movement," Bobby added. Created with the goal of providing services like crisis intervention, shelter and empowerment for anyone battered by a partner, Bobby's new organization launched in March, the same month Bobbi Kristina would have turned 24. She died in July 2015 after being found unresponsive in a bathtub. Her father continues to maintain his daughter's allegedly abusive boyfriend Nick Gordon was responsible for her death.

Prince Harry makes new friends with an ill, 5-year-old boy and his brothers

During his visit to Leeds, England, this week, Prince Harry stopped by meet Oliver Rooney, a 5-year-old boy suffering from a rare chromosomal disorder called Wolf Hirschhorn Syndrome, at his home. The prince joked around with Oliver and his four brothers while volunteers from Helping Hands, a group funded by Harry's WellChild charity, fixed up the family's garden to make it more hospitable for Oliver's special needs. "The way he interacted with the boys was fantastic and he put us all at ease," Oliver's mom later told People. Before Harry left, he gave each of the boys a high-five.

David Arquette: 'My family is happy to have [Alexis Arquette's] legacy live on'

It's been almost a year since Alexis Arquette passed away and while her brothers and sisters are still mourning her death, David Arquette is comforted knowing his 4-month-old son Augustus Alexis Arquette carries his late sister's name. "My family is happy to have [Alexis'] legacy live on … We're keeping her spirit alive," he told Page Six this week. "It hurts to talk about her sometimes because I miss her. But this is bigger than both of us, and I still think she is around — I sense her sometimes."

Tyga buys $188k worth of bling

What money issues? Despite his long history of debt-related legal problems, Tyga recently plunked down $188,000 for some new bling from Ice & Co. Jewelers, according to TMZ. The website reports Kylie Jenner's ex picked up a Goyard pendant and diamond-covered 14-karat white gold chain with a special "Last King Records" clasp. He's reportedly paid his bill already. 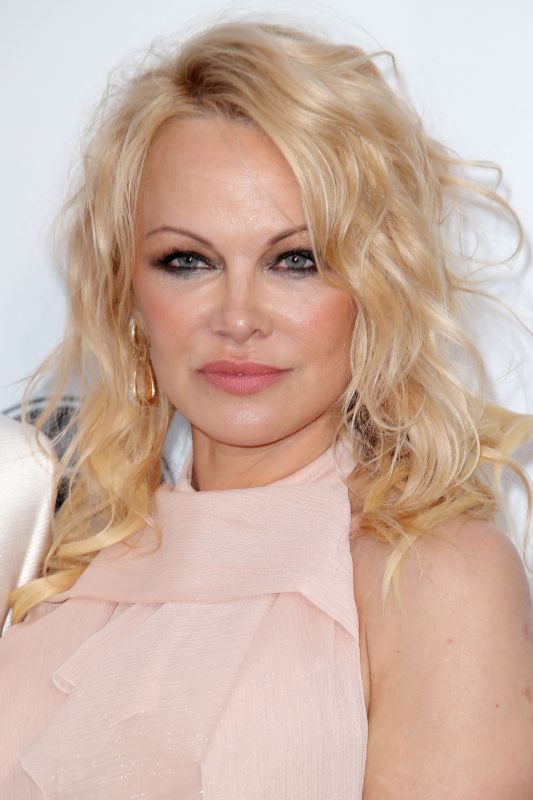