The Kardashian-Jenner clan has been making money moves for years, but their massive net worths just might surprise you. On April 6, 2021, Forbes confirmed that Kim Kardashian West is now a billionaire. To mark the huge news, Wonderwall.com looked into how much each member of reality TV's first family is worth. If you're a glutton for punishment like us, keep reading to see the impressively high estimated net worth of each member of the Kardashian-Jenner clan…

No gold diggers here! According to an April 2021 report from Forbes, Kim Kardashian West is officially a billionaire — she's officially joined the magazine's World's Billionaires list for the first time. Her wealth went up from $780 million in October 2020, Forbes reported, "thanks to two lucrative businesses — KKW Beauty and Skims — as well as cash from reality television and endorsement deals, and a number of smaller investments."

Kim Kardashian West might have filed for divorce in 2021, but thanks to their four kids, Kanye West will always be a part of the Kardashian-Jenner clan. In March 2021, Bloomberg reported that it had seen a UBS bank document that valued the rapper-designer's sneaker and apparel business at $3.2 to $4.7 billion. And on top of those Yeezy brand partnerships with Adidas and Gap, he also had more than $1.7 billion in other assets including his music catalog, cash and other investments (including one in estranged wife Kim's SKIMS shapewear brand) that all totalled up to approximately $6.6 billion. Forbes then stepped in to say not so fast: It reported that Kanye's net worth was closer to $1.8 billion based "on that old-fashioned idea of current revenues — not theoretical future expectations." It's not the first time Kanye and Forbes have clashed over his wealth. In April 2020, Ye's fortune was estimated by Forbes at $1.3 billion. Kanye, however, disputed that, texting the outlet that he was actually worth $3.3 billion. "No one at Forbes knows how to count," he told them.

Kylie Jenner might be the youngest of her famous sisters, but she's worth more than all of them except Kim Kardashian. In July 2018, Forbes put Kylie on the cover of its "America's Women Billionaires" issue and revealed that the youngest KarJen sibling was on track to become the youngest self-made billionaire ever at 22, besting even Facebook's Mark Zuckerberg, who was 23 when he hit the magic mark. In early 2019, Forbes reported that she reached the milestone thanks to endorsement deals, her reality TV show salary and other lucrative ventures plus, most significantly, sales of her Kylie Cosmetics brand. In late 2019, news broke revealing that Kylie was selling a 51% stake in her company to beauty giant Coty for $600 million. But the biggest bombshell was yet to come: In May 2020, Forbes did an about-face, declaring in a story headlined "Kylie Jenner's Web of Lies — and Why She's No Longer a Billionaire" that Kylie, momager Kris Jenner and their team had exaggerated the size and value of her company for years. Forbes further accused the family of "creating tax returns that were likely forged" and showing its reporters returns with "false numbers." Kylie hit back on Twitter, writing, "All I see are a number of inaccurate statements and unproven assumptions lol. I've never asked for any title or tried to lie my way there EVER. Period." Forbes downgraded her net worth to less than $900 million. When the publication's World's Billionaires list came out in April 2021, it noted that 61 people who were on the 2020 list had dropped off — including Kylie.

Kendall Jenner's net worth was reportedly around $18 million a few years ago, Forbes claimed in 2018, though Celebrity Net Worth later upped the estimate to $45 million. Thanks to her fees, endorsement deals, social media dominance and reality TV salary, the model ousted Gisele Bundchen from the top spot on Forbes' top-earning models list with estimated haul of $22 million in 2017. Kendall topped the top-paid models list for the second time in 2018 thanks to earnings of $22.5 million. She's primed to make more money in 2021 following the launch of her 818 Tequila brand.

As Hollywood's most famous momager, Kris Jenner gets a 10% cut of each of her offspring's earnings, which brings her net worth to a reported $190 million, Forbes reported in October 2020. Kris also has stakes in some of her kids' business ventures, including Kylie Jenner's beauty brand and Rob Kardashian's sock line. Her worth is going up every day: In December 2020, she announced that she'd signed her family to an exclusive deal to create global content for Hulu following the end of "Keeping Up With the Kardashians" in early 2021, and in March 2021, she partnered with Chrissy Teigen on Safely, a new line of home cleaning and self-care products.

Khloe Kardashian's net worth is reportedly around $50 million, Parade reported in 2021. The mother of one made her money with her Good American denim line, social media and other endorsement deals, a short-lived talk show, a book, a true-crime TV show (she's executive producing "Twisted Sisters" for Investigation Discovery) and, of course, her reality TV salary.

In 2015, Khloe Kardashian's back-on love, basketball star Tristan Thompson, signed a five-year deal with the Cleveland Cavaliers for a cool $82 million. The father of Khloe's daughter, True, also reportedly made around $16 million total during the first four years of his professional career as a basketball player, which has led Celebrity Net Worth to put the father of two's net worth figure at $35 million as of early 2020. That number's going up: In late 2020, he signed a two-year, $19 million deal with the Boston Celtics.

Kourtney Kardashian's net worth is reportedly somewhere around $35 million, according to Money magazine and Parade. According to Forbes, she pulled in about $10 million in 2016, then later added to that figure after she launched Poosh, her lifestyle brand and e-commerce site, in 2019. She's also, of course, earned big for her appearances on "Keeping Up With the Kardashians," which is ending in 2021.

Scott Disick might have hit the jackpot when he coupled up with Kourtney Kardashian, but it doesn't hurt that the father of three, who split from the eldest Kardashian sister in 2015, also comes from a wealthy family, earns money supporting brands on social media, got paid big bucks for promotional appearances for years and briefly headlined his own remodeling reality show, "Flip It Like Disick." According to Celebrity Net Worth, Scott's worth about $45 million.

Back when she was known as Bruce Jenner, Caitlyn Jenner racked up countless endorsement deals thanks to her history as a gold medal-winning Olympian. Add in her "Keeping Up With the Kardashians" and "I Am Cait" reality show money, as well as profits from the sale of her memoir "The Secrets of My Life," appearance fees and investment profits — not to mention her reported $620K salary for appearing on "I'm a Celebrity… Get Me Out of Here" in 2019 — and her net worth is an estimated $100 million, claims Celebrity Net Worth.

Kylie Jenner's rapper ex-boyfriend Travis Scott — who's also the father of her daughter, Stormi — is reportedly worth around $58 million, Forbes reported in 2019. In addition to his chart-topping music success, his "Astroworld" tour grossed an estimated $65 million. He's probably worth even more now, as Forbes reported in 2020 that he earns about $10 million a year from his Nike deal, has a lucrative partnership with the video game "Fortnite," collaborated with McDonald's to promote a meal based on his favorite combo at the fast-food chain, and in 2021 launched the Anheuser-Busch-backed hard seltzer CACTI, which broke sales records in its first week of release.

Rob Kardashian hasn't done much in recent years other than launch a line of high-end socks and have a baby with Blac Chyna, but he's still reportedly worth $10 million. According to Forbes, he made less than $2 million in 2016, though he did earn a pretty penny with his now-defunct reality TV show "Rob & Chyna," and he still brings in a paycheck from "Keeping Up With the Kardashians" — but that's over in 2021. 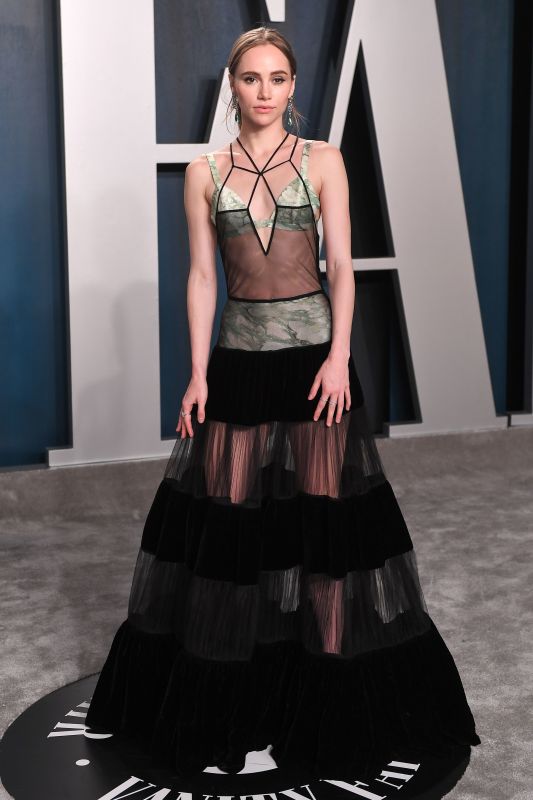