Brad Pitt is 58! The Academy Award winner celebrated his birthday on Dec. 18 and according to a People source, he was planning to keep things "low-key" as he marked the day. The insider says Brad's also "staying positive" and looking forward to 2022, despite recent setbacks in his ongoing custody battle with Angelina Jolie. "It was a challenging year for everybody with COVID and filming amidst that," the source explains. In addition to filming "The Lost City" and "Bullet Train" with Sandra Bullock, Brad released a new champagne via his Chateau Miraval winery in France this year. He also announced he's reopening the legendary music studio that was built on the estate in 1977. (According to Wine Spectator, Pink Floyd recorded "The Wall" in the space. Sting, AC/DC, The Cure and Sade have also recorded there.) "[Brad is] trying to stay positive and think about next steps and look ahead and hopefully have an even more positive year," the source says. As for his conflicts with ex, Angelina, over the six kids they share, the insider admits "it's still a difficult situation," adding, "His kids matter the most to him. But there are just processes you have to go through." In the meantime, he reportedly has "a strong circle supporting him."

RELATED: See which stars are celebrating milestone birthdays in December 2021

Five years after George Michael was found dead in his home on Christmas Day, his gravesite has been marked with a headstone. It's unclear when the marker was finally placed on his grave, but British tabloid The Sun reports it was left unmarked for years to avoid it becoming "a tourist attraction." The headstone is a rectangular marble slab that sits beside that of his mother, Lesley, in North London's Highgate Cemetery. George's late sister, Melanie, has a headstone in the same style placed at her gravesite on the other side of their mother. The simple inscription on George's stone reads, "Georgios Kyriacos Panayiotou," his real name, followed by the dates he lived, June 25, 1963 – Dec. 25, 2016. Below that, the inscription says, "Beloved Son, Brother, Friend." George was 53.

In her memoir, "The Meaning of Mariah Carey," the singer opens up about feeling controlled and taken advantage of by the music industry when she was starting out. She also makes bombshell claims about family members she felt betrayed by. Asked those experiences made her feel "an affinity" to Britney Spears as her conservatorship battle played out in the headlines this past year, Mariah recently told NME she got in touch with the pop star to support her in her fight for freedom. "I think everybody on this planet deserves to be free and what they did to her, what I saw, was horrific," Mariah told the outlet. "So I reached out to her through a mutual friend because I wanted her to know: 'Guess what? You're not alone.'" In a way, she was paying forward the support she got when she was younger from another huge music star. "I remember when I was going through a lot of stuff years ago, Prince reached out to me and gave me a Bible and he talked to me for hours," Mariah revealed. "He's an amazing person and he cared about the music business and the industry being so screwed up – which it is. You've got to be a giving person. It doesn't matter whether they're my best friend or whatever, I just felt like it was the right thing to do."

RELATED: Celebs react to the termination of Britney Spears' conservatorship

Chris Noth now faces sexual assault allegations from a third woman and has been dropped by his agent in the wake of assault claims made by two women last week. The first two allegations were published by The Hollywood Reporter, which noted that the women do not know each other and approached the magazine separately about incidents they said happened in New York in 2015 and Los Angeles in 2004, respectively. On Dec. 17, the Daily Beast published a report featuring a third allegation by a woman the outlet called Ava to protect her privacy. Ava claims Chris, 67, sexually assaulted her at a restaurant where she worked in New York City in 2010 when she was 18. Chris had previously denied the first two stories, saying the interactions were "consensual." A rep for Chris later denied the third claim, telling People: "The story is a complete fabrication, and the alleged accounts detailed throughout read like a piece of bad fiction. As Chris stated yesterday, he has and would never cross that line." According to Ava's account, she worked as a hostess and singer at Da Marino and Chris was a regular who was "often intoxicated." She says one evening Chris told her boss she would "sing with" him. She did, after which she said as they talked at a table, he began "groping" her and "pulling" her on top of him. She said he later followed her into the office after her shift, where he allegedly pressed up against into a desk and assaulted her. Ava said she told the Sex and the City" star no" repeatedly and tried to push him off her so hard her "limbs hurt" the next morning. Chris' agent, A3 Artists Agency confirmed to People they dropped him as a client on Dec. 17.

Billie Eilish's brother and 'No. 1 fan' shares sweet tribute on her 20th birthday

Birthday girl Billie Eilish clearly has a bestie for life in her big brother and producer, Finneas O'Connell. Billie kicked off her 20s on Dec. 18 with a sweet and gushing birthday tribute from Finneas, 24, who shared an old video of the singer pretending to eat her mom's hair while cracking up laughing. "20!!!!!!!!!" Finneas wrote in the caption on Instagram. "Watching you grow and become the thoughtful, incredibly kind, talented, hilarious and hardworking person that you are today has been the joy of my life!" He went on to promise, "I'll be your #1 fan till the day that I die," then told his sis, "There is truly nothing I love more than being your big brother. Happy birthday!!!" Last week, Finneas joined Billie onstage for her "Saturday Night Live" performance, backing her on the song, "Male Fantasy" from her new album, "Happier Than Ever."

Cardi B dolls won't be released due to production delays, quality concerns

Cardi B's team has put the brakes on the rapper's limited edition Cardi B dolls — and it doesn't sound like there's much hope they'll see the light of day in the future. A rep for Cardi tells TMZ the lookalike dolls, designed by the rapper, were being made by fashion doll brand Real Women Are. The $35 toys have also been "pre-selling" since March. But as of Dec. 18, "the dolls will not be released as a result of COVID-related manufacturing and shipping delays," TMZ reports. Sources also told the outlet Cardi "had concerns the dolls wouldn't meet her high-quality standards." Fans who already shelled out money in the pre-sale stage are reportedly now bring reimbursed.

Shortly before Jeff Garlin exited "The Goldbergs" in the wake of an internal investigation into complaints about his allegedly inappropriate behavior on set, the comic talked trash about the series and ABC in a stand-up set. According to Variety, the bulk of Jeff's Nov. 24 performance at Hollywood Improv in Los Angeles focused on his criticism of the show and his problem with political correctness interfering with comedy. He reportedly said he couldn't stand working on "The Goldbergs" and was "fed up" with ABC for chastising him. Jeff reportedly expressed pride and gratitude for his involvement with the long-running series, but said its comedy vibe "is not for me," telling the "supportive" audience that he prefers the comedy on Larry David's "Curb Your Enthusiasm." Asked why he was still on "The Goldbergs" if he hated it so much, he reportedly told an audience member he was only in it for the "money." Jeff's exit was confirmed last week after the actor himself confirmed to Vanity Fair that he was investigated by the show's HR department for things he said and did that allegedly made his coworkers uncomfortable, including a habit of hugging cast and crew members. As of Dec. 18, Larry David had not yet commented on his longtime friend and producer's situation.

Barack Obama's presidency may be over, but his annual playlist tradition continues. On Dec. 17, the former president shared his top songs and movies of 2021 on Instagram, shouting-out Kirsten Dunst, Jesse Plemons and Benedict Cumberbatch's "Power of the Dog" and Questlove's "Summer of Soul" and the new "West Side Story," among other films. In the music department, Barack said he "listened to a little bit of everything this year," but the tracks that made his playlist cut included Lil Nas X's "Montero (Call Me By My Name)," Lizzo and Cardi B's "Rumors" and "Freedom" by "The Late Show" bandleader and Jon Batiste, who leads this year's Grammy nominees with 11 nods — the most of any artist. 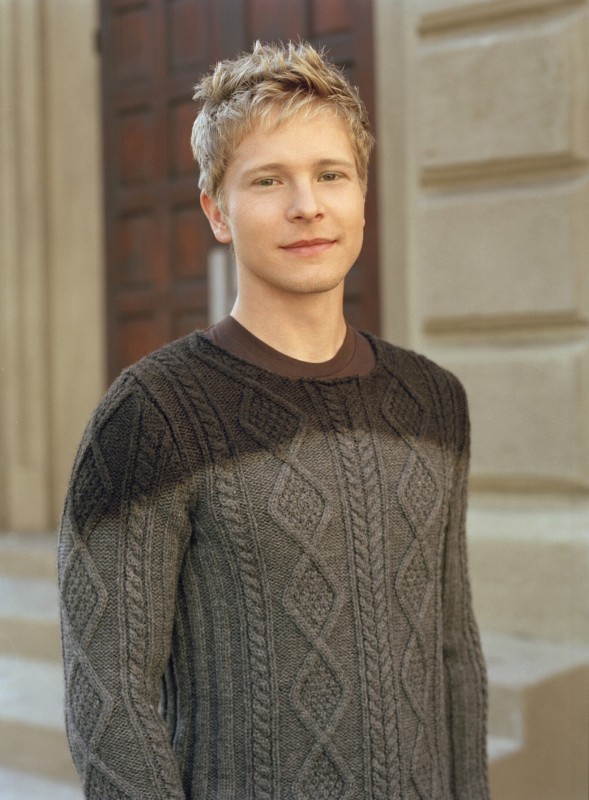