A new story about whether Gwen Stefani and Blake Shelton will get married this year is completely made-up. It comes from a site that over the past few years has wrongly reported the couple was engaged, split up, and even secretly married. Additionally, Gossip Cop has been told by the No Doubt singer's rep how no one in her camp deals with that outlet because it fabricates articles about her. 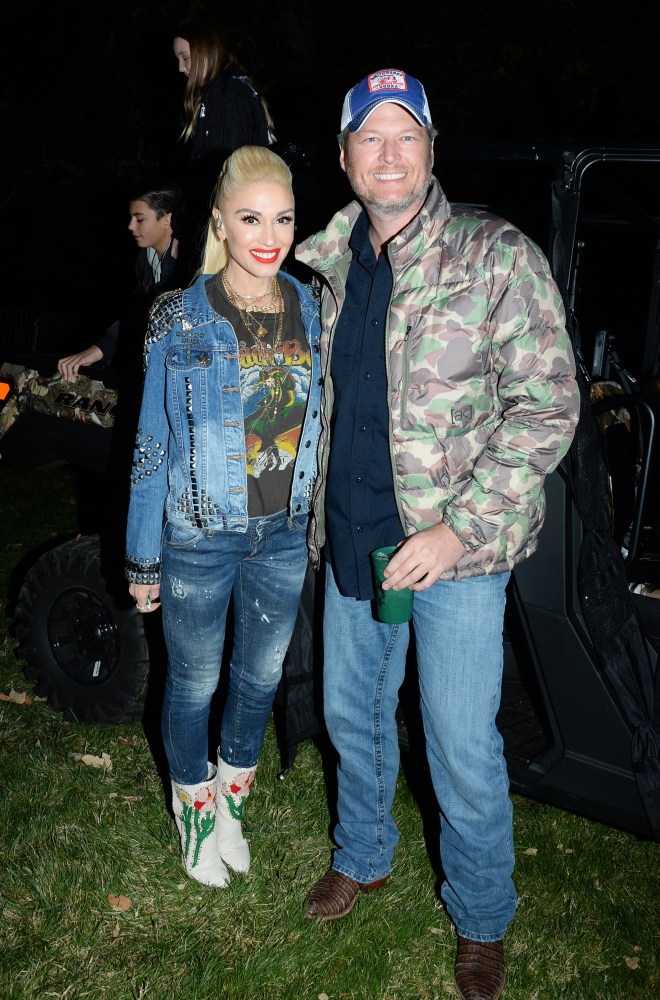 Of course, Gossip Cop is talking about HollywoodLife, which is nicknamed HollywoodLies because it frequently posts articles with manufactured premises from unnamed sources that ultimately prove to be untrue. And while it's a new year, it appears the repeatedly discredited blog is up to its old tricks, having published a purely speculative piece about whether or not Shelton and Stefani will tie the knot in 2019. As expected, the website hinges its entire story on an anonymous and purposely untraceable "source," who for its current narrative is quoted as saying the couple doesn't have "any real desire to get married," adding how neither is in a "rush to marry anytime soon."

The latest conceit for why they're not married or engaged (though HollywoodLies previously claimed they were headed for both) is that the singers are "so busy" these days. Almost comically, the habitually disproven blog then refers to an article it concocted and which Gossip Cop debunked about how Stefani was "really glad [Shelton] didn't propose on Christmas." The outlet ends its made-up report by noting how it "did not immediately hear back" from Shelton and Stefani's reps.

In no particular order, the reason HollywoodLies didn't get a response from Stefani's rep is because the spokesperson told Gossip Cop on the record just a few weeks ago, "I pretend they don't exist." And the reason for that is because the site regularly makes up phony stories about her. In fact, despite the more recent claim about how she supposedly didn't want her boyfriend to pop the question, the blog published a piece in November with the contradictory headline,"Gwen Stefani Wants An Engagement Ring From Blake Shelton As Their 3rd Anniversary Approaches." And in that equally fabricated tale, one of the outlet's unidentifiable sources said, "A ring would truly be the best Christmas present for Gwen."

That, however, is just one of many, many lies from HollywoodLife. This past August, for example, the site ran with an absurdly untrue piece that claimed Shelton and Stefani had been secretly married for six months. A few months earlier in April, the unreliable outlet posted a story that falsely maintained Shelton and Stefani were having a "summer wedding" and a baby. In that same article, HollywoodLies, which now asserts they're in no "rush to get married," quite pointedly contended then, "Blake and Gwen want to tie the knot asap."

It seems the website doesn't have legitimate (or perhaps any) Shelton and Stefani sources. Not to belabor it much more, but Gossip Cop also busted the untrustworthy blog when it posted an article in February that incorrectly claimed Shelton was buying Stefani an engagement ring and proposing on Valentine's Day. (Apparently, HollywoodLies forgot how it inaccurately alleged in 2016 how Stefani was already wearing an engagement ring from Shelton.) And, as noted above, the same undependable outlet also maintained it had learned from its nameless sources that Stefani and Shelton had split up.

To be sure, HollywoodLies has also falsely reported Stefani was pregnant with Shelton's baby. At this point, it should be abundantly clear no genuine insiders are feeding the often wrong blog with information about the couple. While the outlet predicated its aforementioned bogus tales on undisclosed (and quite possibly fictitious) sources, Gossip Cop has been reassured over and over by Stefani's rep that the website's articles are simply untrue. The latest story about whether Stefani and Shelton will get married in 2019 is yet another example of that site pretending to have insight when it really has none.

Miley Cyrus, Liam Hemsworth 'Wedding Drama' And 'Baby Announcement' Made Up By Tabloid