Gwen Stefani did not call off her and Blake Shelton's summer wedding in Oklahoma, despite a bogus tabloid cover story. The reason is simple: no such ceremony was ever in the works. Gossip Cop can exclusively set the record straight. 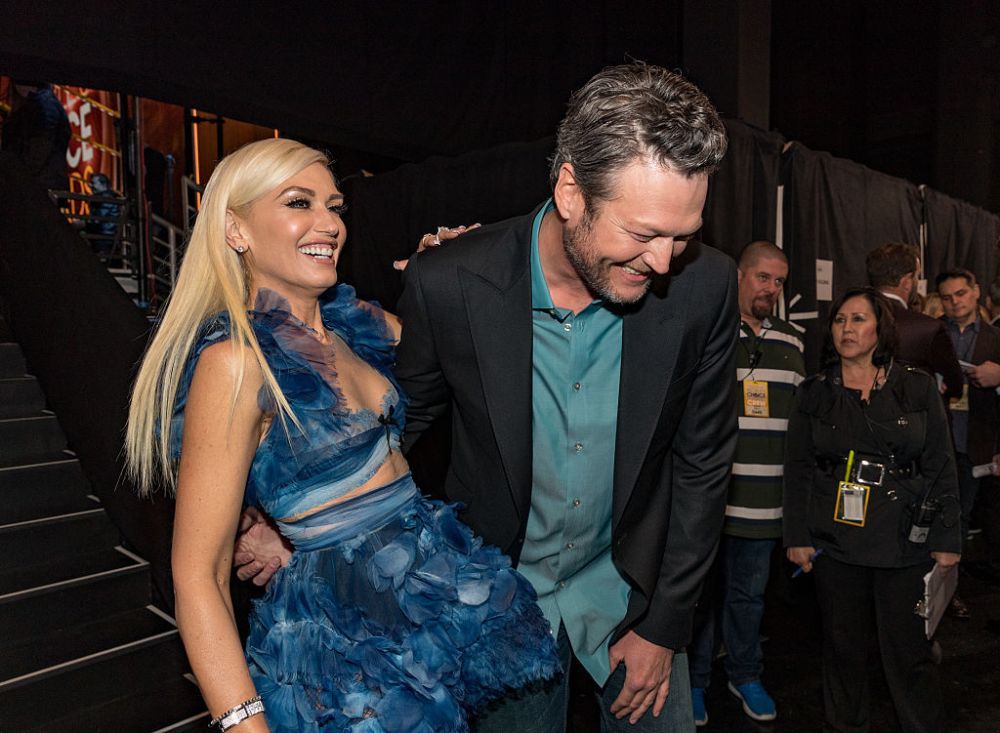 The latest issue of Life & Style quotes a so-called "source" as spilling, "Gwen had been planning a wedding for this June. She was talking about having a down-home country wedding in Oklahoma and how she wanted all her family and friends to celebrate in a fun way." However, the supposed insider goes on to say the singer recently "started panicking over all the details and about her future with Blake."

The problem, according to the questionable source, was Stefani's alleged insecurities and trust issues. "Gwen and Blake had a massive fight, and Gwen called the wedding off." One of the women who supposedly caused trouble in the couple's relationship was 24-year-old Chloe Kohanski, who Shelton coached on the most recent season of "The Voice." "Gwen was really unnerved by the student-teacher relationship… Gwen confronted Blake about her angst over him and Chloe, and that's when she called off the wedding," adds the seemingly nonexistent insider.

As the story goes, Shelton supposedly tried to convince his girlfriend that she's the only woman for him, but she "feels as if she loves Blake more than Blake loves her right now." Additional alleged points of contention included Stefani's reluctance to relocate to his ranch in Oklahoma, their separate schedules and different personalities. "Trust is important and this isn't the right time for a dream wedding," adds the dubious source. "The last thing Gwen or Blake wants is another divorce."

But the first major issue with the outlet's cover story is that the couple wasn't planning a summer wedding in Oklahoma. Gossip Cop is exclusively told by a rep for Stefani that no such ceremony was being organized. As for all of the alleged relationship problems listed by the magazine, we're told they're simply inaccurate. In fact, Stefani has been sharing Instagram photos and videos of her and Shelton's most recent trip to Oklahoma.

It should also be noted, Gossip Cop called out Life & Style in July 2017 for wrongly reporting that Stefani and Shelton got secretly married at her home in Los Angeles. This follow-up story fails to mention what happened to those supposed nuptials. Regardless, the outlet obviously has very little insight into the couple's relationship.

Are the royals expecting twins?