Charlie Hunnam shot into the spotlight after he starred as outlaw biker Jax Teller on the FX crime drama "Sons of Anarchy." Since then, he's headlined films like "Pacific Rim" and "Crimson Peak" — and won a permanent spot in our hearts. In honor of his new film "The Lost City of Z," which debuts on April 14, 2017, Wonderwall.com is taking a look back at the all-time hottest photos of the English actor, starting with this shot of him at the Los Angeles premiere of the biopic — which is based on the life of British explorer Percy Fawcett — on April 5. Now keep reading for more!

Yowza! If this movie still is any indication, Charlie Hunnam will smolder as explorer Percy Fawcett in "The Lost City of Z."

Charlie Hunnam showed us how he won thousands of hearts as Jax Teller on "Sons of Anarchy" while strolling on the Los Angeles set of the FX drama on Aug. 6, 2014.

We couldn't take our eyes off Charlie Hunnam's (figurative) guns when he starred as Raleigh Becket in 2013's "Pacific Rim." Wouldn't you love to have those arms wrapped around you?!

Nice view! (And we don't mean the background.) Charlie Hunnam looked hot while bundled up for the London chill during a photo call for "The Lost City of Z" at the Corinthia Hotel on Feb. 16, 2017.

We'd take a ride on Jax Teller's Harley any day! Could you blame us after checking out Charlie Hunnam on the Los Angeles set of "Sons of Anarchy" on Oct. 14, 2014?

Charlie Hunnam raised temperatures while showing off his toned torso as Jax Teller on a 2008 episode of FX's "Sons of Anarchy."

Charlie Hunnam will flaunt his fit figure in the upcoming action film "King Arthur: Legend of the Sword," which debuts on May 12, 2017. (If this still doesn't entice you to buy a ticket to the Guy Ritchie-directed flick, we don't know what will!)

Those eyes! Charlie Hunnam's baby blues really popped when he wore a matching button-down during a portrait session as part of the 67th Berlinale International Film Festival in Berlin on Feb. 14, 2017.

Every girl crazy 'bout a sharp-dressed man! That's exactly what Charlie Hunnam was during the premiere of the seventh season of "Sons of Anarchy" at the TCL Chinese Theatre in Hollywood on Sept. 6, 2014.

Though he's known for his trademark blond tresses, Charlie Hunnam proved that he's just as attractive with barely any hair during a night out at Chateau Nightclub at Paris Las Vegas on May 13, 2011. 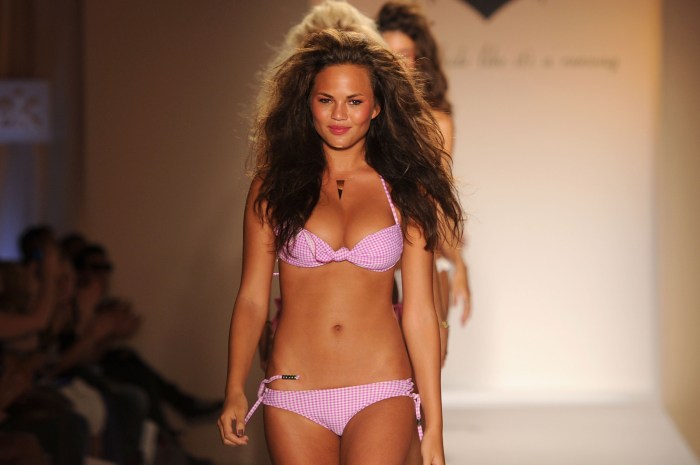