Johnny Depp is not facing a "deadly liver crisis," despite a completely baseless report. Gossip Cop can debunk the sensational claim. The actor is perfectly healthy. 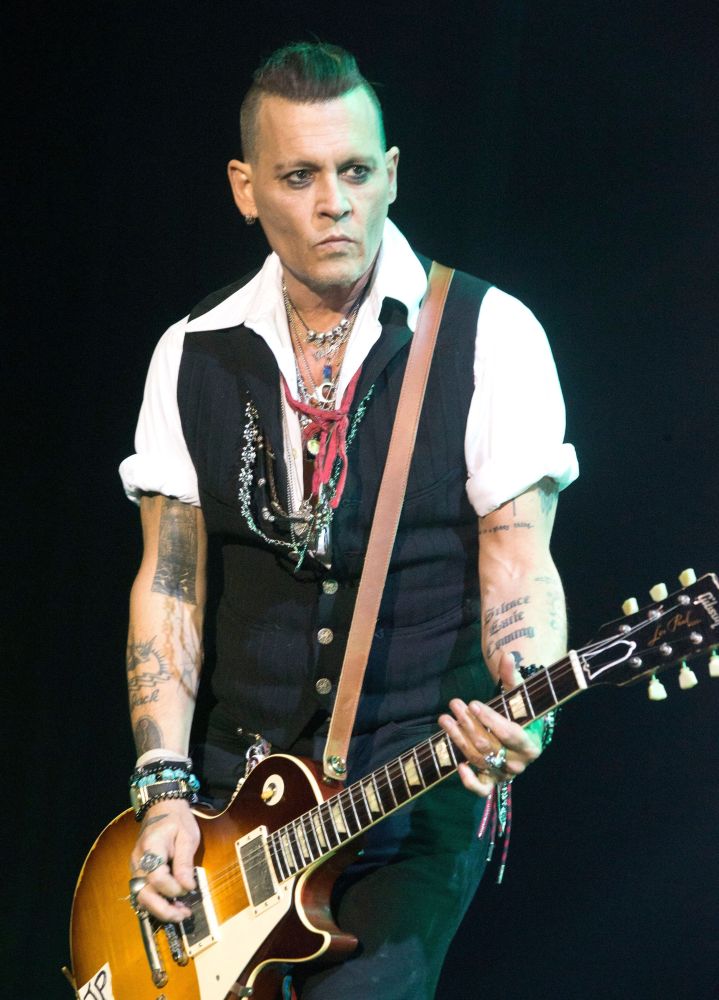 According to the Globe, however, the movie star is suffering from a deadly liver disease that could put him in "an early grave at age 55." This diagnosis isn't coming from a doctor who's actually treated Depp. Instead, the magazine came to its conclusion based on an analysis from an institution that "uses a computer program to detect medical ills from a person's voice."

Listening to two recent interviews with Depp, the institution came to the conclusion that "his liver is stressed" and he's suffering from "long term, very low energy, indicating there is not an easy or quick fix for what is going on." Using speech analysis alone, the institution also believes the actor has "microscopic holes" in his intestines that allow "undigested food, poisons, bacterial byproducts and toxins to pass into your bloodstream."

It should be noted, medical doctors normally test liver function with physical examinations, including blood tests, ultrasound, MRI's, biopsies and similar procedures. Voice analysis is not a common practice when it comes to diagnosing liver diseases. Also, the Globe's sources haven't personally treated Depp. They came to their medical conclusion using audio of the actor from random interviews.

It was first alleged that Depp was facing a health crisis back in June when photos emerged of the actor looking thinner than usual while signing autographs for fans in Europe. At the time, however, Gossip Cop was assured by a source close to the star that he was perfectly healthy. This was backed up by reliable publications such as People, which noted that Depp was feeling "happy and healthy" while touring with his band, The Hollywood Vampires. E! News similarly reported there's "no reason to be concerned" for Depp. Meanwhile, "Entertainment Tonight" noted that Depp is healthy, despite some fans being concerned about his well-being. The movie star remains in good health.

In fact, the website Pop Culture shared photos of Depp on stage with The Hollywood Vampires less than a month ago, and noted that he "appears to be healthy as ever." In the images, the actor indeed looks much less frail than he had the month prior. Additionally, Depp spent much of the summer touring around the world with his band. It's highly unlikely that a person suffering from a deadly liver disease would have the capacity to rock out on stage on a nightly basis.

A few weeks ago, Depp made a surprise appearance at Comic Con to promote the upcoming movie, Fantastic Beasts: The Crimes of Grindelwald. Once again, it's not logical to believe that someone on the verge of death would make so many public appearances around the world. As was recently established by many reputable outlets, Gossip Cop can confirm that Depp is still in good health.

Blake Shelton NOT Scaring Gwen Stefani With Breakdown, Despite Report

Angelina Jolie's Kids Did NOT Nearly 'Knock Over Dinosaur Bones' At Museum, Despite Fake News