On July 4, rapper and fashion designer Kanye West announced his bid for the presidency in a tweet. "We must now realize the promise of America by trusting God, unifying our vision and building our future. I am running for president of the United States! #2020VISION," he wrote. Three days later, the billionaire born-again Christian and Yeezy brand founder, 43, got on the phone with Forbes Magazine and gave "four rambling hours of interviews" in which he made some major revelations — and also occasionally broke into some freestyle raps, according to Randall Lane, the chief content officer of Forbes Media and editor of Forbes Magazine, who wrote the piece (which can be read in full here). Here are some of the wildest and most interesting things Ye had to say…

On finally registering to vote:

During one call with Forbes from his $14 million ranch near Cody, Wyoming, Kanye West admitted that he's never voted before and said he'd only registered to vote on July 6 — two days after he announced his bid for the presidency.

On why he's no longer supporting Donald Trump:

Kanye West confirmed he's pulled his support for President Donald Trump. The Forbes story's author, Randall Lane, wrote that just a few weeks before their July 7 interviews, Kanye ended two text chains with him with the message "Trump 2020." Kanye now claims he's lost confidence in the POTUS, telling Forbes, "It looks like one big mess to me. I don't like that I caught wind that he hid in the bunker [in the White House during protests against police brutality in Washington D.C. in June]." Kanye also told Forbes, among many other things, "I am taking the red hat off, with this interview."

On why he supported Trump in the first place:

"One of the main reasons I wore the red [Make America Great Again] hat [was] as a protest to the segregation of votes in the Black community," Kanye West explained to Forbes. "Also, other than the fact that I like Trump hotels and the saxophones in the lobby."

On his political party:

"I would run as a Republican if Trump wasn't there. I will run as an independent if Trump is there," Kanye West told Forbes, also saying he would run as a member of the "Birthday" party "because when we win, it's everybody's birthday."

On his running mate and campaign slogan:

Kanye West told Forbes his vice presidential running mate will be Michelle Tidball, a preacher from Wyoming, and that his campaign slogan will be "YES!"

Kanye West doesn't have a formal campaign or structured plan in place and his only advisers right now are wife Kim Kardashian West and Tesla and SpaceX CEO Elon Musk, he told Forbes. "We've been talking about this for years," Kanye said of Elon, adding, "I proposed to him to be the head of our space program."

On having the coronavirus:

During the course of the conversations with Forbes, Kanye West said that he had COVID-19 in February, though the story didn't reveal how he learned that — if he was swabbed and formally diagnosed or later had an antibody test. His symptoms included "Chills, shaking in the bed," and to cope, he was "taking hot showers, looking at videos telling me what I'm supposed to do to get over it," he told Forbes. "I remember someone had told me Drake had the coronavirus and my response was, 'Drake can't be sicker than me!'"

On how he feels about a coronavirus vaccine:

Who knew Kanye West was an anti-vaxxer?! He told Forbes he thinks vaccines are "the mark of the beast" and implied he wouldn't support a coronavirus vaccine. "It's so many of our children that are being vaccinated and paralyzed… So when they say the way we're going to fix COVID is with a vaccine, I'm extremely cautious," Kanye said, adding, "They want to put chips inside of us, they want to do all kinds of things, to make it where we can't cross the gates of heaven." As for solving the current global health crisis? "We pray. We pray for the freedom. It's all about God. We need to stop doing things that make God mad."

"I haven't developed [a foreign policy plan] yet. I'm focused on protecting America, first, with our great military. Let's focus on ourselves first," Kanye told Forbes. As for how he feels about abortion? "I am pro-life because I'm following the word of the Bible." He does not support the death penalty: "Thou shalt not kill. I'm against the death penalty." On taxes? "I haven't done enough research on that yet. I will research that with the strongest experts that serve God and come back with the best solution," he said. When it comes to other subjects, Kanye explained, "I don't know if I would use the word policy for the way I would approach things. I don't have a policy when I went to Nike and designed Yeezy and went to Louis and designed a Louis Vuitton at the same time. It wasn't a policy, it was a design. We need to innovate the design to be able to free the mind at this time."

On looking to the movie "Black Panther" for inspiration:

Kanye West told Forbes he has issues with the 2018 Marvel movie "Black Panther," which focuses on the fictional African kingdom of Wakanda, where a superhero is king. "A lot of Africans do not like the movie ['Black Panther'] and representation of themselves in… Wakanda. But I'm gonna use the framework of Wakanda right now because it's the best explanation of what our design group is going to feel like in the White House…" Kanye said. "That is a positive idea: you got Kanye West, one of the most powerful humans — I'm not saying the most because you got a lot of alien level superpowers and it's only collectively that we can set it free. Let's get back to Wakanda… like in the movie in Wakanda when the king went to visit that lead scientist to have the shoes wrap around her shoes. Just the amount of innovation that can happen, the amount of innovation in medicine — like big pharma — we are going to work, innovate, together."

On his issue with Black people being pressured to be Democrats:

"That is a form of racism and white supremacy and white control to say that all Black people need to be Democrat and to assume that me running is me splitting the vote," Kanye West told Forbes. He said he doesn't care if he takes Black votes away from the presumptive Democratic party nominee, Joe Biden — which could give Donald Trump a boost — by running. "I'm not denying it, I just told you. To say that the Black vote is Democratic is a form of racism and white supremacy," Kanye said, doubling down.

On making it onto ballots on time:

Following his presidential run announcement on Twitter, multiple outlets noted that Kanye West had yet to file any of the paperwork to actually kick off a run for the highest office in the land. In speaking to Forbes, the rapper admitted he has about 30 days to make the filing deadline for most states but thought that if he missed it, he could get onto ballots by arguing the coronavirus pandemic was an obstacle to an on-time filing. "I'm speaking with experts, I'm going to speak with [Trump adviser and son-in-law] Jared Kushner, the White House, with [presumptive Democratic nominee Joe] Biden," Kanye told Forbes. 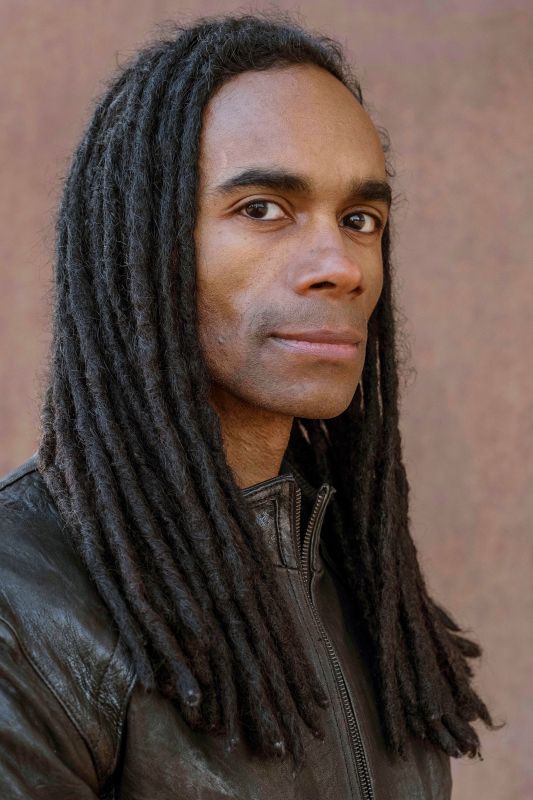