Is Katie Holmes adopting a brother for Suri Cruise? That's the claim in one of this week's celebrity magazines. Gossip Cop looked into the story, and we're told there's no truth whatsoever to Holmes to adopting a little boy. 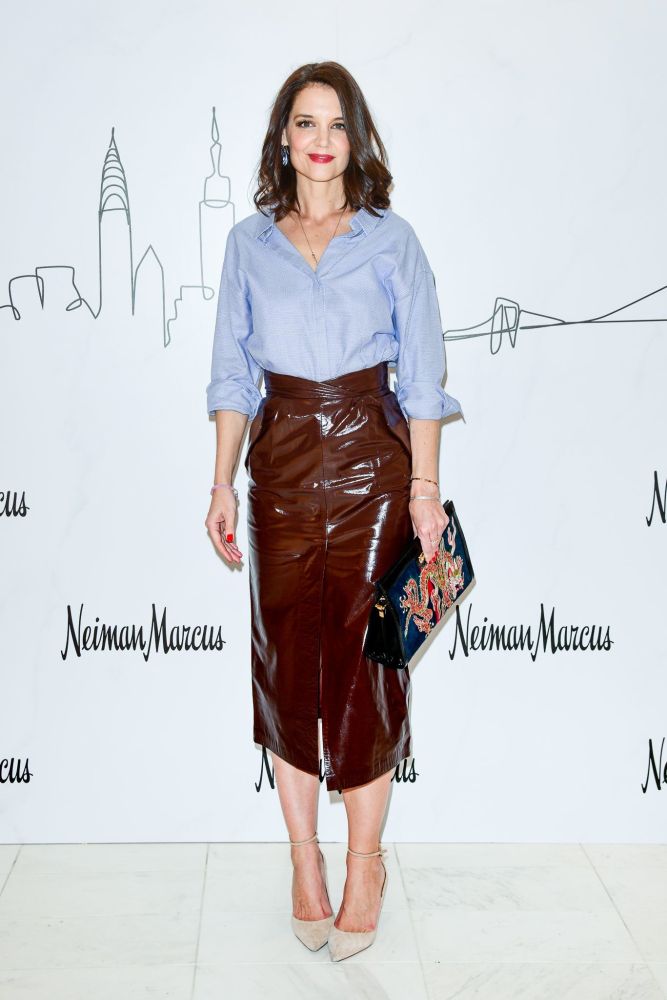 According to Woman's Day, Holmes had "a hidden agenda" when she and her daughter recently visited Syrian refugees in Greece. The tabloid insists Holmes' selfish motivation was to find Suri a sibling. And now she's "already preparing for the arrival of an orphaned seven-year-old boy," reports the magazine.

To give the impression that its premise is legitimate, the outlet alleges it has a "source close" to Holmes who shares, "She's having papers drawn up and calling in her lawyers from New York to help." The publication's so-called "source" adds how the actress is "even decorating a bedroom and looking into suitable schools."

The tabloid further asserts Holmes is "keeping tight-lipped until the adoption is finalized," but knows she's absolutely "making the right move." The movie star "can't wait to make Suri's dream of becoming a big sister come true," contends the outlet without any particular proof. The magazine ends its untrue article by quoting its either misinformed or more likely made-up "source" as saying, "After striking up an incredible bond with the boy, Suri's already calling him her brother."

Glaringly missing is what the boy's name is. Surely, a "source close" to Holmes, who seems to know all these other details, including how she decorating of a bedroom and looking into schools for the little boy, would know the child's name. Of course, the reason the tabloid can't furnish that piece of information is because the entire article is a fabrication.

But there are a lot of claims from the magazine that make no sense. For instance, if Holmes is "keeping tight-lipped," why would anyone "close" to her blab to an often discredited publication? And while Holmes and Suri did visit Syrian refugees in Greece, the actress is not adopting anyone she met there. As opposed to the tabloid, which hides behind an unnamed and almost assuredly manufactured "source," Holmes' own rep exclusively tells Gossip Cop the report is 100 percent "not true."

Woman's Day likes to concoct stories about the "Dawson's Creek" star growing her family. A good 10 months ago, the same outlet swore up and down Holmes was pregnant and hiding a baby bump. That was a lie, as was a subsequent tale about Holmes telling friends she was pregnant with Jamie Foxx's baby.

Additionally, Gossip Cop busted the publication when it previously maintained Holmes was adopting a baby girl from New Orleans with Foxx. That, too, was a complete falsehood. It's time that magazine starts adopting better reporting practices.