Are Katy Perry and Orlando Bloom battling over her insistence that he sign a prenup before they get married? That's the claim in one of this week's tabloids. Gossip Cop looked into the situation and we can exclusively set the record straight. 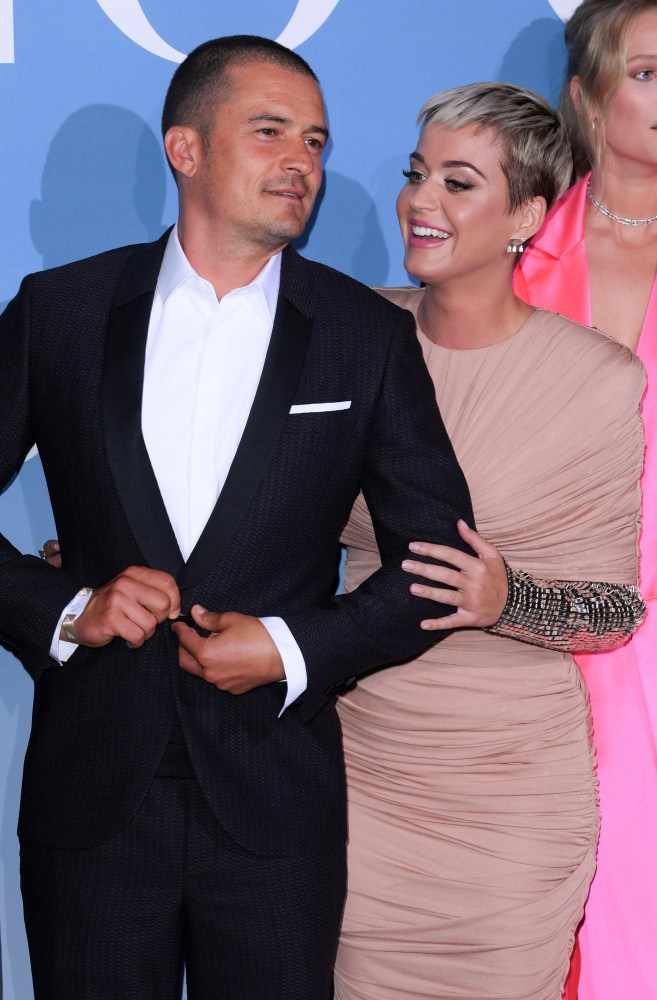 According to Life & Style, the singer and actor secretly got engaged in September, but they may never make it down the aisle because she's trying to protect her $365 million fortune. The story is incorrect from the very start. Gossip Cop already busted the magazine last month for falsely claiming that Perry and Bloom got engaged in Greece in September. The singer's spokesperson told us on the record that it wasn't true.

Still, the magazine is now claiming that Perry presented her boyfriend with "an ironclad prenup" that includes a $2 million cheating clause and $1 million penalty if he leaves her within their first two years of marriage. An alleged insider tells the outlet, "Orlando is madly in love with Katy and wants to marry her, but that doesn't stop him from being offended. He doesn't understand why she's being this way."

The supposed source further contends that Perry is being cautious due to her failed marriage to Russell Brand, which ended after just 14 months. "Katy suffered humiliation and embarrassment during her split from Russell," adds the suspicious tipster. "She was lucky he didn't go after her millions, because he could have taken her to the cleaners." The "insider" goes on to say that Perry has now decided "she needs to make sure that her money is protected, as well as her dignity."

Considering that the couple isn't engaged, it's clear the magazine's article is baseless. Regardless, Gossip Cop once again checked in with Perry's rep, who confirms this latest article is false as well. A source close to Bloom also tells us the report is "not true" and that he's not engaged to the singer, let alone battling her over a prenup.

It's worth noting, it's very possible that the singer and actor will get engaged at some point in the near future. Their relationship is going strong and People magazine recently noted that Bloom is "ready to settle down" with Perry. However, they're not currently engaged and Life & Style's account of events is completely made-up.

It should also be mentioned, the tabloid has trouble keeping track of its phony narratives. Gossip Cop called out the magazine in April for wrongly reporting that Perry and Bloom had gotten engaged in Tokyo. The magazine's last two stories about the couple claim the actor proposed during a trip to Greece in September. In addition to being wrong, the outlet is also inconsistent.

Jennifer Garner And New Boyfriend John Miller Moving In Together?