Being carried around by her male dancers onstage doesn't do much to tamp down reports of Mariah Carey's alleged diva behavior. But as she recently told the New York Post, she suffers from "low self-esteem" and craves a fair shot in the world. "I just feel like I am a regular human being and I deserve the same respect as anybody else. I have always had low self-esteem, and people do not recognize that," she said. "I can't measure what type of respect I deserve — I really can't." The singer went on to recall how challenging the music industry was for when she was younger. "Growing up different, being biracial, having the whole thing where I did not know if I fit in … That is why music became such a big part of my life, because it helped me overcome those issues. Sometimes it is hard to let your guard down," she said, adding that she often wonders if people are being sincere in their interactions with her. Mimi, who's on tour with Lionel Richie, also reminded the Post she had to work hard in the early days of her career just to get by. "I remember it not being easy getting a record deal," she said. "Making demos in the middle of the night, sleeping on the floor in the studio, being broke with no food. My go-to meal was [Newman's Own] sauce. Me and my friend would split the pasta and sauce for, like, a week. Or it was, like, a bagel and iced tea … The guy would give it to me at the deli for free." The website CelebrityNetWorth.com estimates that in 2017, Mariah is worth about $520 million.

There could be more kids in Brian Austin Green and Megan Fox's future. "I have four boys now, a fifth is a basketball team. So that would be kind of awesome," he joked in an interview on Facebook Live (via People) this week. Brian is already a dad to the three sons he shares with Megan, Noah, Bodi and Journey, plus an older son Kassius from a previous relationship. There's one little thing missing in his family, though. "I want a girl. I really want a girl," he admitted. "I'm worried that if I try I'll just get another boy. Not just because I love my boys, but I'll have another boy and I don't know if I'm ready for five." Megan doesn't seem to have a problem with all those sons, though. For one thing, they'll probably all grown up to look like Brian did when he starred on "Beverly Hills 90120" — a fact she pointed out with a post of Brian as David Silver in the early '90s. Hashtagging the shot "man crush Monday," she captioned it, "Thank you for donating your DNA to the shared dream of birthing our own colony of teen heart throbs. #mcm#colonymission."

Beyonce and Laverne Cox are working on a secret project together

Attention, Beyhive and "Orange Is the New Black" fans: Beyonce and Laverne Cox are collaborating on a secret project. Laverne hinted about the joint effort in an "Access Hollywood" interview on Monday, Aug. 21, joking, "… does [Beyonce] pick out her biggest fans ever and let them work with her?" The interview led some to suspect the two are planning something together. On Tuesday, Aug. 22, Laverne confirmed the news by sharing a video of the interview on Instagram. "I am collaborating with @beyonce on a new project. #QueenBey herself," she captioned the clip. She didn't give any further explanation but promised more details will be announced on Sept. 6 before adding the hashtags "#Beyonce" and "#TransIsBeautiful."

Matt LeBlanc is ready to retire

Is that it for Matt LeBlanc's acting career? On "Conan" this week, the 50-year-old "Friends" alum said he "would love" to quit working and start chilling, big-time, according to E! News. "I would like to retire earlier than later, because I think I would like to do not a f—— thing. That's what I would like to do. Just nothing. Nothing! Zero," said Matt, who's currently on two shows, "Episodes" and "Top Gear." When Conan O'Brien suggested Matt can't "just lie in bed all day and have ice cream put into your veins intravenously," Matt responded by describing what he imagines to be a "typical day" in retirement. "… Sleep as long as you want…or get up early, if you want," he fantasized. "It's just not having to go somewhere or having someone else telling you what you have to do. Maybe you go to the gym … or not go to the gym. Maybe you have nine cups of coffee … or not." Another idea? "Get up and go drive the bulldozer around — all day long," Matt said. "Maybe I'll get another one. We could race 'em! You can come over." Conan proceeded to offer to pay Matt "something" to "come over here" to his studio every day, prompting Matt say "all right" and announce "I quit! I'm done! I'm coming onboard here." If Matt's thinking about retirement it could be because he finds people still expect him to be his "Friends" character Joey Tribbiani's age when they meet him in person. "What happens now is people will say, 'Wow, you're so … old," the actor admitted, "This kid came up to me on the street and he was like, 'Hey … were you Joey's dad?'

It's back on! After nearly a year of dating, Bethenny Frankel confirmed in May that she'd split from banker Dennis Shields. In a blog post for BravoTV.com, she explained "something had to give" in her attempt to juggle work and her personal life. Now, multiple sources tell E! News the pair are seeing each other again. They recently spent time in the Hamptons together and Dennis reportedly joined Bethenny when she appeared on "Watch What Happens Live" this summer. "They took some time apart because both were going through their divorces. They gave each other a little bit of space and now they're back together having fun," says an insider. According to the website, the Aug. 23 edition of "Real Housewives of New York" is set to include a confirmation of Bethenny and Dennis' on-again romance.

After the deadly white supremacist rally in Charlottesville, Va., Donald Trump condemned "hatred, bigotry and violence on many, many sides," rather than calling out those who rallied to "Unite the Right." This week, George Clooney and his wife, human rights attorney Amal Clooney, announced plans to donate $1 million to the Southern Poverty Law Center to help combat hate groups via a partnership with their Clooney Foundation for Justice. "Amal and I wanted to add our voice (and financial assistance) to the ongoing fight for equality," the Clooneys said in a statement. "There are no two sides to bigotry and hate. We are proud to support the Southern Poverty Law Center in its efforts to prevent violent extremism in the United States. What happened in Charlottesville, and what is happening in communities across our country, demands our collective engagement to stand up to hate." SPLC President Richard Cohen slammed the president's response to the rally, in which one woman was killed, as a "a reflection of just how much Trump's incendiary campaign and presidency has energized the radical right."

In "Good Time," the new crime drama from Ben and Josh Safdie, Robert Pattinson plays a bank robber trying to get his mentally disabled brother out of prison. Mental health issues have appeared in other movies by the filmmaking brothers, as well, drawing fans like Selena Gomez, who has spoken openly about her own struggles with depression and anxiety. During a Q&A session with Josh, who directed "Good Time" and the film's producer Sebastian Bear-McClardover, Selena opened up about her interest in their work. "A little while ago I was actually on bed rest, and it's probably the worst time to watch 'Heaven Knows What' [the Safdie's film about a heroin addict who attempts suicide] or the best time, depending on your mental state. I ended up becoming extremely fascinated with the boys and kind of forced them to become my friend a little bit," Selena said (via ET). "For me, personally, I really liked the mental aspect of it, because I've done a lot of those exercises that you put in," she said. The singer added that she'd tried some of the mental health exercises that were included in the script. "So, the beginning of the movie stuck with me because I actually … I'm very open, it's not really a secret, but I, for sure, have talked about that," she said, "and I've done a lot of those exercises." Selena told the crowd at the 2016 American Music Awards that she had been struggling with depression and anxiety, both the effects of Lupus, and explained why she'd taken a three-month break from the spotlight.

Recent rumors that Uma Thurman could be rekindling her romance with hotelier Andre Balasz may have been premature. The former couple were spotted last weekend on Shelter Island in New York, where Andre owns the Sunset Beach Hotel. Speaking to the New York Post this week, a rep for the actress said the pair's relationship remains platonic. "She's vacationing there," the spokesperson told the tab, "and she and André are just friends." Andre, who welcomed a baby boy with Cosimo Vesey last month, previously dated Chelsea Handler.

Kendall Jenner can't seem to catch a break. The model, who has been criticized for her participation in a controversial Pepsi ad that suggested police and protesters could get along peacefully if a cop were simply handed a can of soda, faced a new round of backlash for an Emoji she used on a tweet promoting the new Hollywood Reporter cover she shares with her sisters and mother. In the tweet, she wrote "sister power…girl power," and tossed one of the slightly browner shades of fist-bump Emojis on at the end. Responses republished by TeenVogue included, "Y'all are not black. Next time use a white emoji" and "Oh nah, why Kendall put her emoji as a darker skin tone?" Some fans defended Kendall, while others questioned the point of worrying about Emoji shades. "People are ACTUALLY mad about the COLOUR [sic] of the emoji Kendall Jenner used," wrote a Twitter user. "Surely there's more important things to be angry about?"

Miles Teller and Keleigh Sperry are engaged! The actor gets some proposal points on the romance barometer, too. According to an Instagram post from Keligh's sister, Christie York, Miles popped the question while the two were traveling overseas. "These 2 got engaged while on an African Safari over the weekend!!" Christie captioned a photo of the soon-to-be husband and wife. "Can't believe the last Sperry girl is engaged! Love both of you guys to pieces and so incredibly happy for this new chapter in your love story! Now come home so we can celebrate 😘." Congrats! 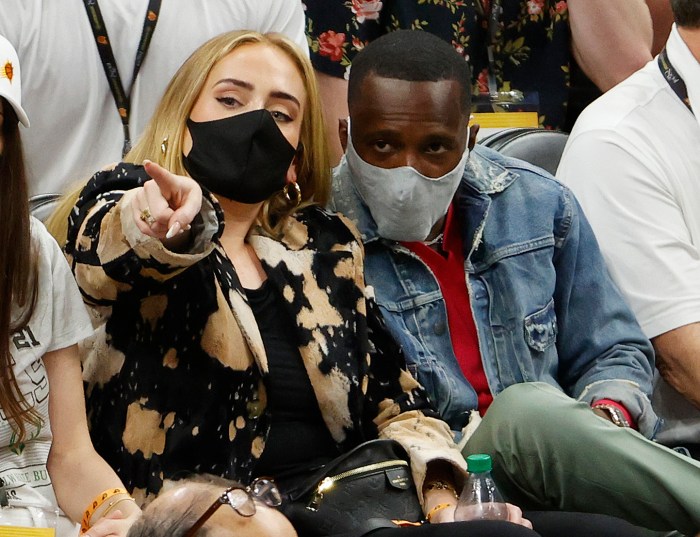 More Wonderwall
What Happens in Vegas...